Christian Horner expects all 10 Formula 1 teams to sign the new Concorde Agreement despite resistance from Mercedes, anticipating it will be “concluded in the coming days”.

F1 is nearing the conclusion of talks with teams over the new commercial agreements that will be in place from 2021, with the existing Concorde Agreement expiring at the end of the year.

A number of teams have indicated they are ready to sign the Concorde Agreement, but Mercedes F1 boss Toto Wolff said on Friday that he was not yet willing to do so.

Wolff went on to say that most teams were looking for changes to the proposals, but were unwilling to air their concerns publicly and are “up the arse” of F1’s commercial rights holder, Liberty Media.

F1 has set a deadline of 12 August for all teams to sign the new Concorde Agreement, and said on Friday it would “not be delayed any longer” in the wake of Wolff’s comments.

Red Bull F1 chief Horner expressed his confidence Concorde would get across the line in the coming days despite the concerns.

“This is at least the third time I’ve been through this process on it now. It’s been a different experience this time to previously,” Horner said.

“I think the agreement is what it is. The contents of it is confidential between the teams and the promoter.

“You have to look at the bigger picture and look at it as a partnership, in many respects, that we need Liberty to bring as much revenue into the sport and interest and coverage, that ultimately the teams and all participants will benefit from.

“You have to take a bit of a holistic view on these things, you’re never going to get everything you want.

“I’m sure it will be concluded in the coming days.” 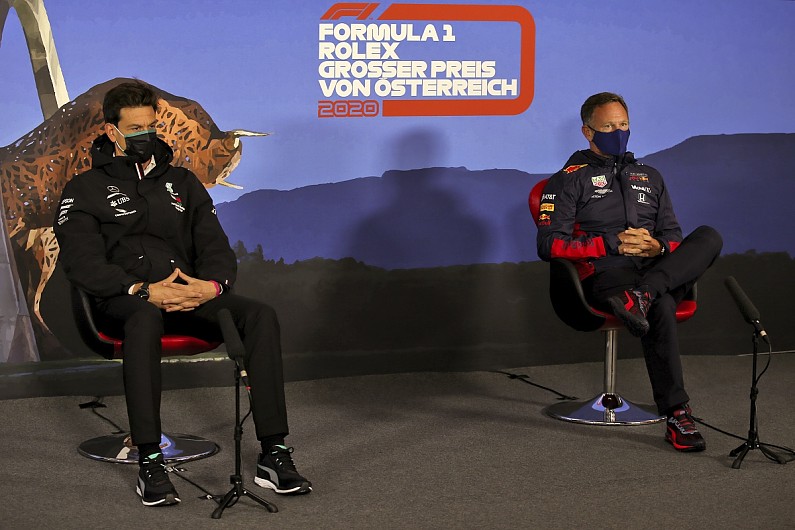 Horner would not go as far as saying that Red Bull was ready to sign Concorde, saying it would “need to see the final version first”, but anticipated all 10 teams currently racing putting pen to paper.

“I think it’s only a matter of days away,” Horner said.

“I would envisage that all teams would be signing at some point.”

The updated Concorde Agreement terms are set to heavily change the distribution of revenue between teams, favouring a more equitable weighting in a bid to make the sport fairer.

Changes will also be made to the governance structure, but Ferrari is set to retain its veto power and favourable financial bonuses, which is understood to be the key element of Mercedes’ opposition.

Mercedes was also looking for greater recognition of its recent success and contribution to F1 through talks.

“We are I would say the biggest victim in terms of prize fund loss in all of that,” Wolff said.

“Ferrari has maintained an advantageous position. With Red Bull, it obviously balances out with Toro Rosso. So it’s us that are hurt the most.

“I feel that Mercedes has contributed to the sport over the last years. Apart from being competitive on-track, we have the driver that has clearly the most global appeal.

“We feel that whilst being in those negotiations, we weren’t treated in the way we should have been.

“Therefore there is a bunch of open topics for us that are legal, commercial, and sporting. In our point of view, I don’t feel ready to sign a Concorde Agreement.”

Sat Aug 8 , 2020
Pirelli Formula 1 boss Mario Isola admits he is worried that teams will take risks with stint lengths in the 70th Anniversary GP – but hopes they will be “responsible”. Lewis Hamilton, Valtteri Bottas and Carlos Sainz Jr all suffered front-left failures in the closing laps of the British Grand […] 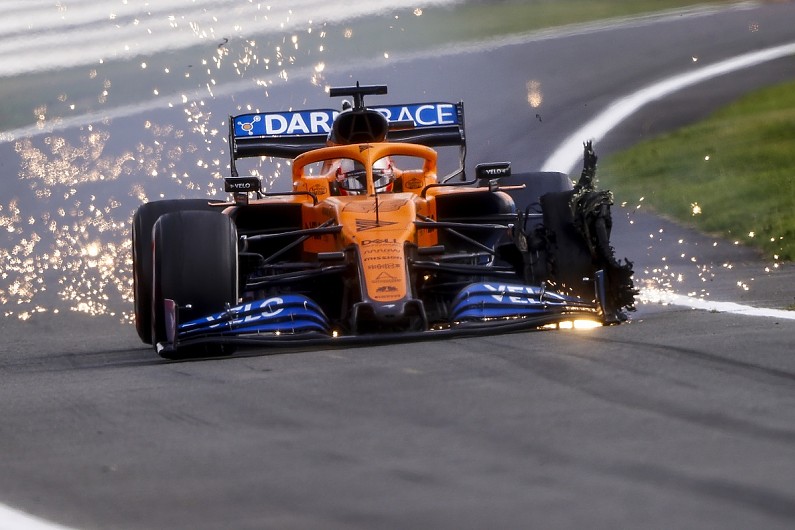