In so many ways, Sunday’s Indianapolis 500 will sound different. No roar of the crowd that the 33 drivers can hear while going more than 100 mph during their pace laps ahead of the green flag. And the Greatest Spectacle in Racing, the largest single-day sporting event in the world, will look different, too. The mecca of auto racing, which housed 350,000 spectators just four years ago for the 100th running, will have just a couple thousand Sunday.

But the Indy 500 rose to so much acclaim in the early 1900’s not so much because of the sheer number of spectators, but because the racing was so good. And that reputation has played out in recent years, too, leading to four nail-biting contests in the past six races – all won by less than a quarter of a second.

Here are the five things to know heading into this weekend’s Indy 500:

Ask any member of the Andretti family, and they’ll say it isn’t true. Indianapolis has been great to us, they’ll say. It’s a track that helped turn them into American open-wheel racing’s signature family – first the legend, Mario, then his lightning fast son Michael, followed by the once-19-year-old near-winner from the 2006 race.

But in 74 races, members of the Andretti racing clan, which also include Mario’s younger son Jeff and nephew John, have won just once at the Indy 500. They’ve come remarkably close so many other times, including in 2006, when Sam Hornish Jr. passed Marco in the final couple hundred yards of the front straight on Lap 200 to edge out the teenager.

But 2020 may be their best chance in more than 30 years. For the first time since 1987, a member of the Andretti family will start on pole, something the family patriarch achieved three times (1966-67, 1987), and a feat Marco’s father, a current team co-owner, never reached.

“We put so much into it,” Andretti said after his victorious run. “This place means so much to us as a family. We’ve just been through so many ups and downs at this place. Obviously, my cousin John (who passed away early this year from a long bout with colon cancer) was riding with me. My grandfather was watching from home.

“We know the whole family is pulling for us. We live and breathe this sport, and this race in particular.”

It wouldn’t be a major surprise to see an Andretti Autosport car win this race – the No. 98 would be the fourth to hail from that garage in seven years. But to do so as the team’s namesake driver and join his grandfather’s lone 500 win from 1969 would send shock waves through the sport.

Dixon enters Sunday’s race on a relative cold streak, two top-five finishes in the past three races after winning the season’s first three. It’s a testament to just how dominant the veteran driver has been in 2020. He enters Sunday’s race with a 57-point lead over Pagenaud in the series championship. Yet, in his 49 career victories – which ranks third all-time – Dixon owns just one 500 title. It came off the pole in 2008 in the midst of his most dominant start to a season in his career, until this year. He’d go on to win his second of five series championships that year.

“I hope it’s us winning. That’s what we’re thinking about,” Dixon said last weekend in response to a question about what it might mean for the series for an Andretti victory. “I’m not even thinking about who I’d like to win the race. It’s honestly all just thinking about us trying to win and be the best prepared.”

Despite owning 18 Indy 500 victories, including the last two, Team Penske is the underdog in this race.

For the first time since 2002, when Helio Castroneves, the eventual race-winner, and Gil de Ferran started 13th and 14th, Team Penske failed to make the Fast Nine. Defending series champion Josef Newgarden starts the closest to the front, in 13th, as the only driver of his team yet to have won the race.

Farther back, Power (22nd), Pagenaud (25th) and Castroneves (28th) will line up on the inside of Rows 8, 9 and 10. This past weekend, they were plagued by a Chevy engine that lacked the top-end speed that Honda surprised the rest of the paddock with, leading to an 8-1 advantage in Fast Nine entries for Honda.

“We’re just not fast. Simply, we’re not going to be able to challenge Honda,” Power said Friday during his team’s struggles to get up to speed during Fast Friday.

But in race trim, drivers and team owners on both sides believe things should even out.

Pursuit of the Triple Crown

After failing to make the race in his last visit to IMS, two-time Formula 1 champion Fernando Alonso is back in Indianapolis and comfortably in this year’s race.

The Triple Crown of Motorsport, defined by winning the three most illustrious races in the world – the 500, F1’s Monaco Grand Prix and the 24 Hours of Le Mans – has been achieved by just one driver in racing history: Graham Hill.

Alonso, who won back-to-back races at Monaco (2006-07) and Le Mans (2018-19), first ran in the 500 in 2017 with Andretti and led more than 20 laps before engine failure derailed his day with just over 20 laps remaining. A year ago, he returned with McLaren Racing and was bumped from the field by Juncos driver Kyle Kaiser, but the veteran F1 champ returned again in 2020 with a revamped Arrow McLaren SP outfit bolstered by two race rookies in Patricio O’Ward and Oliver Askew.

Though Alonso struggled during qualifying, finishing 26th, he’s shown strong speed in race trim during the other three non-boost practice days and could contend if Sunday’s race falls the right way.

“We’ve seen many times that many things can happen over 500 miles,” Alonso said. “If people start to fall back, I think we can have a shot at the end.”

Drivers throughout the paddock have waffled on how easy it may or may not be to pass in this year’s race, given the tire compound combined with the series’ new aeroscreen safety device that makes its 500 debut Sunday, along with the heat an August race is expected to bring.

But if there’s any driver who might be able to beat the odds for a surprising come-from-behind win on Sunday, it’s likely to be this year’s solid last four rows contingent. Loaded with former 500 winners Power, Tony Kanaan, Pagenaud and Castroneves, who combine for six 500s and three series championships, the rear 12 drivers have combined to lead more than 1,050 laps around the IMS oval.

Additionally, there’s only one rookie (Dalton Kellett, 24th) and one other driver who hasn’t led the race – DragonSpeed’s Ben Hanley — in the last four rows. Add in Alonso’s illustrious worldwide racing career and you’ve got yourself quite possibly the strongest rear of the field in race history

“Starting in the back, usually you have more inexperienced guys, guys that don’t have good cars, and you can actually move up a little bit pretty quickly in the race,” Kanaan said. “That’s not going to be the case. We’re probably not going anywhere in the beginning of the race.”

Pagenaud, the defending champion who won from last place in the fifth race of 2020 at Iowa, plans to take a much more aggressive approach.

“I have plenty of training doing it. I think I’m in really good shape to move up,” he said. “Our car is good in traffic, and I think you have to be quite aggressive from the get-go and shoot from the hip and get as many positions as you can right away and try to get yourself to the front.”

Everything you need for the Indy 500: 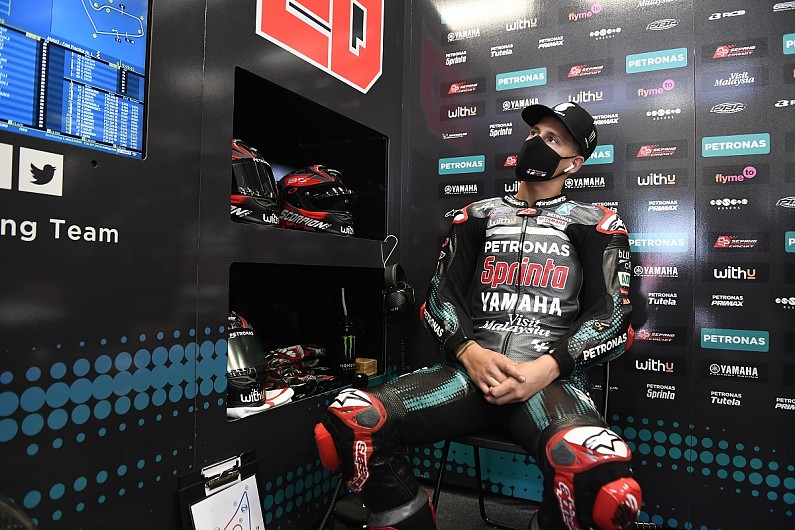