Lewis Hamilton says the “killer” temperatures through practice for the Spanish Grand Prix proved tough on his tyres amid fears of a repeat of Mercedes’ Silverstone blistering issues.

Hamilton topped the second Formula 1 practice session at the Circuit de Catalunya-Barcelona on Friday ahead of team-mate Valtteri Bottas as Mercedes enjoyed a buffer of eight-tenths of a second to the rest of the field.

But the team remains concerned about its tyre management after hot track conditions led to extreme blistering at last weekend’s 70th Anniversary Grand Prix, where it suffered its first defeat of the season to Red Bull.

The track temperature neared 50ºC through second practice on Friday afternoon, making for tough conditions in the cockpit for Hamilton.

“It’s definitely quite tough out there,” Hamilton said.

“It’s the hottest that it’s been. I don’t think I’ve been to Spain when it’s this hot. We’re there in February and March normally, or early May.

“It’s beautiful weather, but it’s a killer in the car, and it’s tough on tyres as well.

“Particularly the second session was better for me, and the long runs, we look very close with the Red Bull, so I think it’s going to be a really close race.” 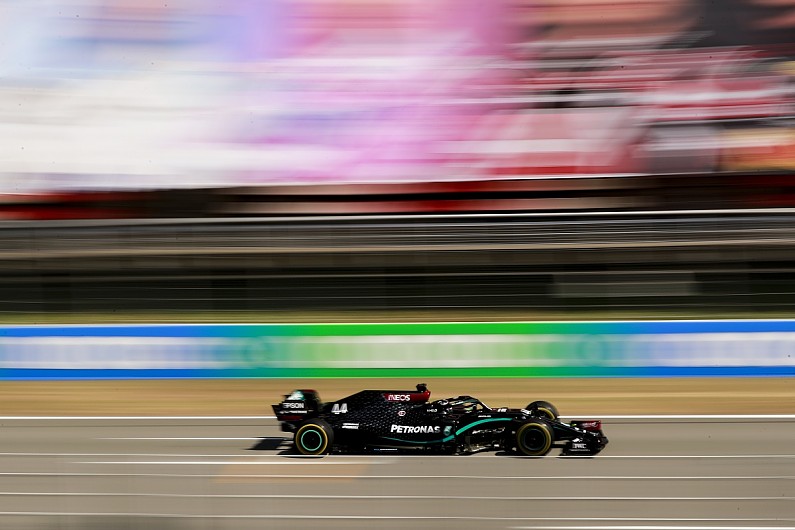 Hamilton said the high temperatures would hide some oft the steps made in the development of the Mercedes W11 car since its last running at the track during pre-season testing.

“I think the temperature definitely will mask a lot of those things,” Hamilton said.

“The tyres are not happy in these conditions, so you’re just sliding around with overheating tyres.”

Pirelli has brought a harder set of tyres to Spain than those used at Silverstone last weekend, but teams are still anticipating a difficult race of tyre management due to the heat.

While Hamilton did not encounter any blistering on his tyres through Friday’s running, he noted how the issue also failed to emerge in practice at Silverstone last week.

“I really can’t say too much. It felt OK.

“We’re just about to do a debrief, so I’ll find out where we stand in that respect.

“That will define whether or not it’s one or two stop this weekend.”

Fri Aug 14 , 2020
Formula 1 completes its latest triple-header with the Spanish Grand Prix at Circuit de Barcelona-Catalunya. Here’s how to watch qualifying. Lewis Hamilton beat Mercedes team-mate Valtteri Bottas to top second practice ahead of the Spanish GP after the Finn led the Friday morning session. But, with track temperatures creeping up […] 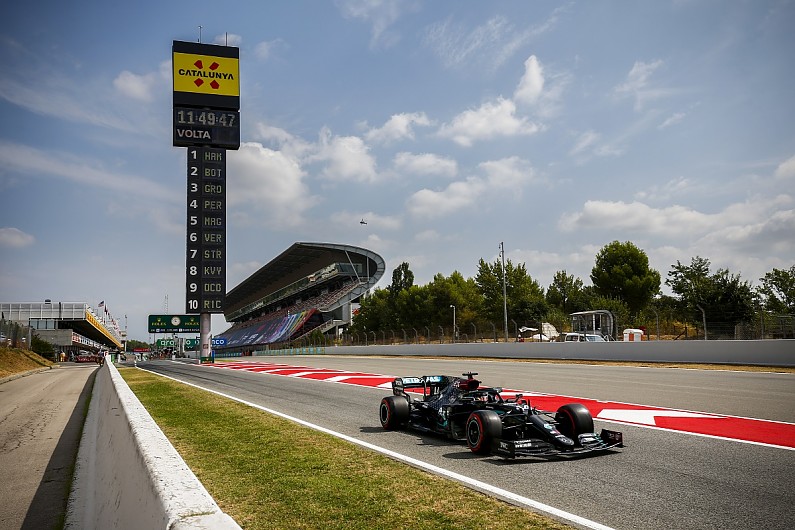