Lewis Hamilton says he is “really appreciative” to Romain Grosjean for saying he was wrong to suggest Formula 1 drivers did not need to continue kneeling to encourage racial equality.

Hamilton expressed frustration after the last race in Hungary, where the F1 drivers again expressed their anti-racism message – but the pre-race moment was disjointed, with several drivers continuing not to kneel and others arriving late.

The world champion then said Grosjean, the GPDA (Grand Prix Drivers’ Association) chairman, had suggested “we did it once [at the season-opening Austrian Grand Prix] and that is all we need to do”.

Grosjean revealed ahead of this weekend’s British GP that he’d had a 45-minute phone call with Hamilton to clear the air, and said “maybe I did it the wrong way” in regards to expressing the views of those members of the GPDA who were not comfortable in continuing with the protests.

When asked about Grosjean’s comments in the pre-event press conference at Silverstone, Hamilton said: “I wasn’t aware of that but I was already impressed with our conversation that we’d had afterwards and his approach to our conversation.

“He originally reached out to me to talk after the last race and so I gave him a call and we had this great conversation.

“I think ultimately it was quite informative for the both of us. We learned that we actually have more in common than we perhaps think.

“And he’s clearly a caring person. So to hear that he’s said that is… it’s not easy firstly for anybody to admit that you’re wrong. And that’s a great first step.

“But the fact is when we got off the phone I knew that we were united and we’re going to be working towards the same common goal.

“So I’m really appreciative to Romain. 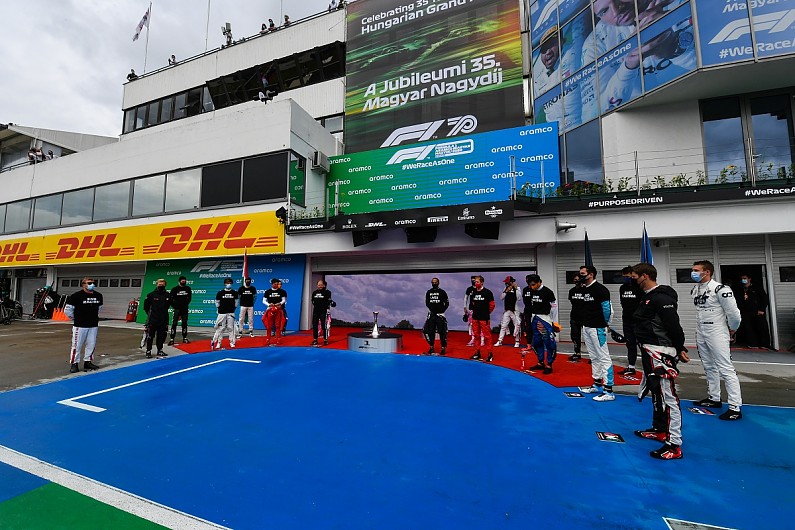 “And that’s really what it’s going to take all of us to do – to really open up our minds, don’t put barriers up, don’t be defensive, be open minded and acknowledging that there is an issue.

“But obviously sometimes the first step [is key] and then [it’s about] how can we work towards making it better.”

Renault driver Daniel Ricciardo said the drivers “have to continue” in their actions to encourage racial equality for “at least the remainder of this season”.

“Because it’s something that is obviously ongoing,” he added.

“It’s not just that we highlight it one week and forget about it – so yeah 100% think we should [continue].”

Red Bull’s Max Verstappen – who along with Alfa Romeo’s Antonio Giovinazzi and Kimi Raikkonen, Charles Leclerc, Carlos Sainz Jr, and Daniil Kvyat have not kneeled at the opening three races of the season – was asked if he saw any scenario where he thought all the drivers would kneel as part of the anti-racism movement.

He replied: “No. Because I explained it before why, and the reasons.

“Everybody has their own way of expressing it, but I think at the end of the day we are all united in fighting racism and, of course, trying to end it.

“I mean it’s not going to end in the coming year but we are all united to fight against it, and I think that is the most important.

“At the end of the day it’s not about taking a knee or not, because I think that’s not going to solve the issue anyway.

“But like I said, we’re all united and I think that’s the most important.”

Thu Aug 13 , 2020
Sebastian Vettel says he is “not in a rush” to make a decision about his Formula 1 future as he considers his options upon leaving Ferrari. Four-time world champion Vettel will leave Ferrari at the end of the season after the team opted against renewing his contract into 2021. It […] 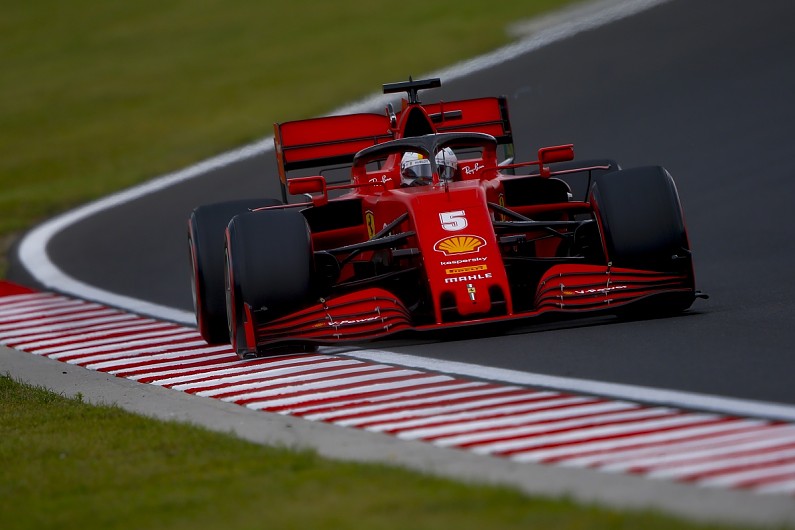