“Just blisters, vibrations and we had to retire him for safety reasons, obviously.

“The softer tyres in the race, the high temperatures and the high pressure, I think the combination of that one was fatal.

“I mean, some people made it on a one-stop, but it was on the edge I think for everybody at the end. It was the same for everybody, and even Mercedes struggled, which says it all.”

Magnussen was adamant that something was wrong with his car.

“We didn’t have any more tyres,” he said.

“The car has just not been performing this weekend as we know it can. 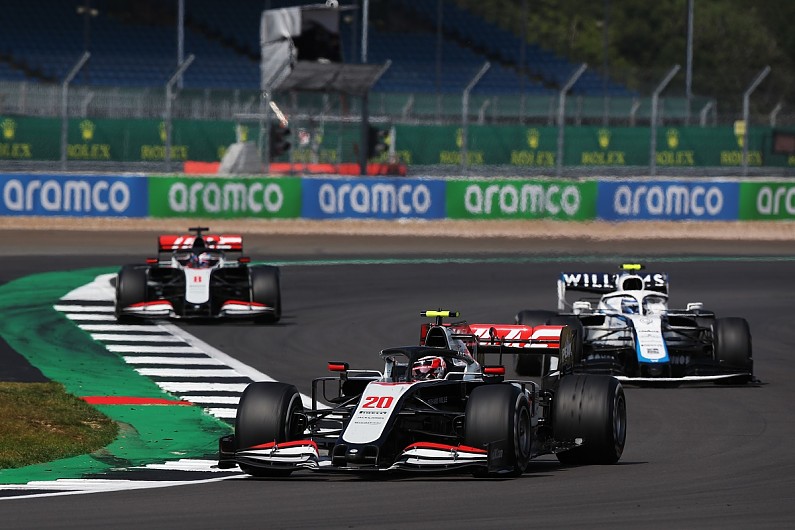 “We know the car can perform, especially on Sunday in the race, and it just hasn’t been performing this weekend.

“We had that crash on Sunday last week, and I think the parts that were put on for this race weekend, the floor, et cetera, they’re old parts.

“I can’t really say what else it could be. In my mind that’s got to be it, because the car can be a lot better than this.”

Steiner stressed that the team would do its best to address the problem in the short gap before next weekend’s Spanish GP.

“For sure we can rebuild the car,” he said.

“But it’s not only to rebuild that we also need to try to find out what actually happened.

“You need to have a good understanding of what happened from last week to this one.

“Nobody really knows what it is, we need to make sure of everything and we’ll try to do the best we can in the few days you have available to make it possible, and otherwise you need to do it after Spain when the car gets back to the shop.”

“Some of the tyres came out completely differently than we anticipated, but then we have also to think that we increased the pressure as well.

“So it’s a combination of things, and until we test the tyres on Friday, it will be difficult to make a prediction.

“I think what we are trying to do is get the best out of what we’ve got, nothing else.

“This season will be challenging, I said that from the beginning, it will be a challenging season after what we have learned after the first two races in Austria.”

Tue Aug 11 , 2020
Aleix Espargaro says the traction of Brad Binder’s race-winning KTM relative to his Aprilia made him feel like “I was in the Moto2 class” during MotoGP’s Czech Grand Prix. Espargaro started from fourth on the factory 2020 Aprilia RS-GP and ran second on the opening lap after overtaking championship leader […] 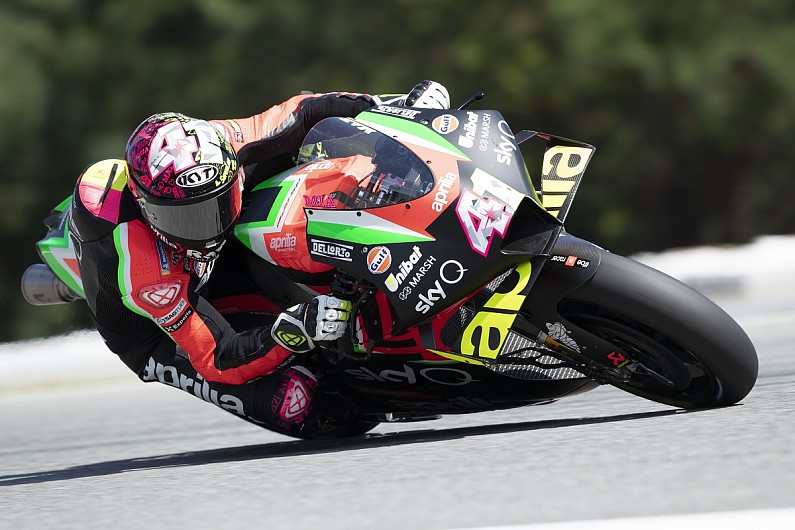