Corvette Racing’s Antonio Garcia admits he was fortunate to finish Saturday’s IMSA Sportscar Championship race at Virginia, as he believed a diffuser problem was a tyre “blowing up”.

Garcia had just inherited the lead of the race when the #911 Porsche of Nick Tandy cut a tyre with 18 minutes remaining, when his car began to vibrate.

He too thought he had a puncture, but it was the diffuser at the rear of his C8.R that had worked loose and was flapping at high speed.

“It just went,” said Garcia of the issue. “It was literally when I was watching the #911 go into the pitlane.

“At the same time, I had a massive vibration and I thought I had a tyre blowing up.

“It was scary because it would have been a full lap back to the pits.

“Then I realised it was speed-related and wasn’t bad all the time. It took me three or four laps to be kind of cautious.

“Once I realised it was hanging on, I stepped up my pace a little bit more to make it difficult for the cars behind me to catch up.

“I was happy that traffic wasn’t too bad at that time and I could manage to stay ahead.

“It took me a little bit, but the whole car was shaking a lot. 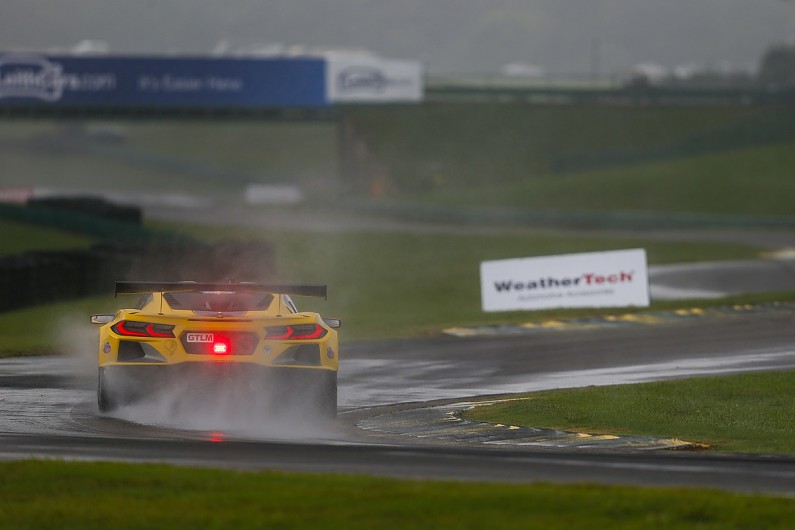 “At about 200kph, the entire car was shaking. I knew it was coming from the back, but even the front end and front grip were moving around.

“The rear grip definitely was the same so maybe we were a little bit faster down the straights after that – who knows!

“It was challenging to drive. Once I figured out what lines to use and not hit the kerbs to keep both tyres on the ground, it went my way a little bit.”

It was the fourth consecutive GTLM win for the Corvette team, which has given Garcia and team-mate Jordan Taylor a 19-point lead in the drivers’ championship.

“It felt like an endurance race with all the issues everyone was having,” said Taylor.

“For us, it was about damage control and minimising mistakes.

Today was out-of-character in IMSA to see this many issues happen.

“Seeing how strong the Porsches were on pace, we knew they were going to be hard to beat.

“We focused on our own race, and it came to us in the end with attrition and not making mistakes.

“I think we had the least amount of mistakes, and that’s why we won.”

Mon Sep 7 , 2020
Audi has named nine former winners of the Nurburgring 24 Hours across its three-car factory assault on this year’s German enduro in September. The nine are part of a 12-strong line-up in the trio of R8 LMS GT3s entered under the Audi Sport banner by the same three teams that […] 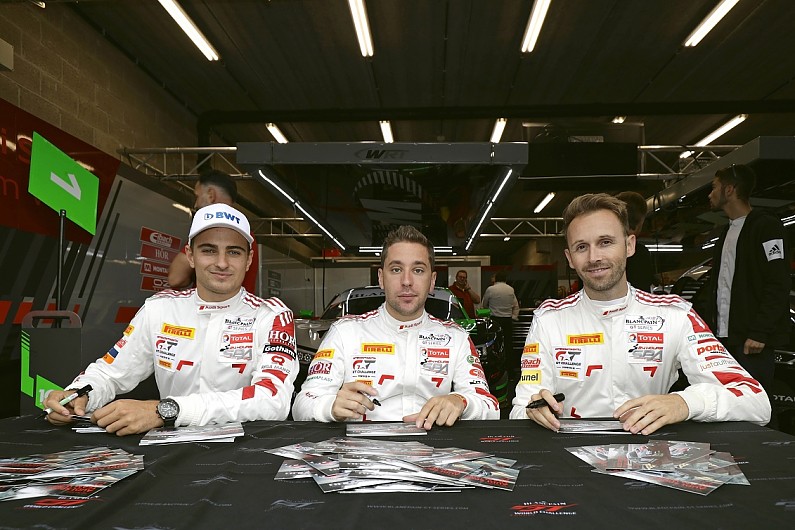