The long-time Nissan SUPER GT driver tested the ByKolles ENSO CLM P1/01 last year and was slated to be part of the team’s line-up for this weekend’s FIA World Endurance Championship round at Spa.

But Japan’s strict immigration rules prevented de Oliveira from taking up the seat, as leaving the country would have prevented the 2010 Nippon champion from re-entering and honouring his commitments with the Kondo Racing GT300 team this season.

Instead, 2012 DTM champion Bruno Spengler was chosen to join ByKolles regulars Tom Dillmann and Oliver Webb for the French endurance classic on 19/20 September.

“I tested the car last year at Brno alongside Tom Dillmann,” de Oliveira told Autosport. “It was fantastic, the team was very happy with me and excited. And we agreed that I was going to race with them this year at Spa and Le Mans.

“And then all this mess [happened], especially in Japan not being able to leave the country and come back.

“If I was able to come back to Japan, it wouldn’t be a problem. But if I left now I couldn’t race again in SUPER GT the rest of this year, so it’s a no-no.

“It’s very unfortunate because it was my first real opportunity to race in Le Mans, which I’ve always wanted to do.”

Asked if he would target a Le Mans debut in 2021, the 39-year-old replied: “Yeah. I’ve always had a good relationship with the team, I know Colin [Kolles] from way back in the past because I drove for him in [German] Formula 3 in 2002.

“We will keep in touch and we’ll see how things go on into next year.

“It’s tough times; the pandemic means everything is restricted on budgets.

“I think once the dust settles, we’ll know a bit more. It’s very hard to make plans for next year right now.”

Since leaving Nissan’s GT500 stable at the end of 2018, Brazilian has tried his hand in a number of categories outside of Japan, including the Intercontinental GT Challenge, the FIA World Touring Car Cup and the Nurburgring 24 Hours.

He has previously made one IndyCar start, at Motegi in 2011, and completed a one-day test for the Williams Formula 1 team in 2006.

Asked if he could see his future racing internationally, de Oliveira said: “I want to have a good year and see what options I have for next year, but I definitely want to fight for a championship next year, be it here [in Japan] or in Europe.

“It’s hard to speculate without knowing the options that are on the table, but I’m working towards going higher, not staying where I am. That’s for sure.”

Misano MotoGP rounds to be first with fans in 2020 - MotoGP

Thu Aug 13 , 2020
The San Marino and Emilia Romagna MotoGP rounds at Misano in September has been granted approval to allow fans to attend for the first time this season. The coronavirus crisis has forced MotoGP promoters Dorna Sports to enact numerous protocols in the interest of paddock safety, chief amongst which has […] 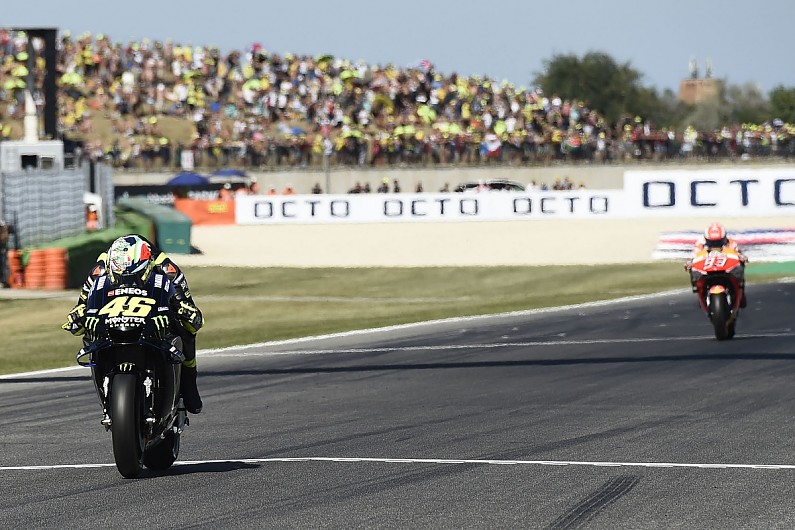