Fisker may have big plans for its electric vehicles, but the automaker aims to use Volkswagen’s EV platform underneath upcoming SUVs like the Ocean. Created by – and named after – former Karma founder Henrik Fisker, the automaker confirmed plans today to go public. In the process, it pulled back the curtain on some of the mysteries beneath its sheet metal.

Fisker revealed the Ocean back in January 2020 at CES, its take on the premium electric SUV segment. Aiming to take on Tesla’s Model Y and other crossovers with a sub-$38k price tag, it promised features like a solar panel roof, DC fast charging support, and a sustainable interior.

What the automaker didn’t really do, however, was talk about its underlying platform. Turns out, that might have been because Fisker itself wasn’t entirely responsible for that part of the Ocean. Instead, the prototype Ocean was built on VW’s MEB architecture, and that’s something Fisker is hoping to carry forward into the production car too.

The ongoing negotiations were confirmed in an investor presentation Fisker prepared for its merger with Apollo-Affiliated Spartan Energy Acquisition Corp, and intended listing on the New York Stock Exchange, The Verge reports. “Fisker’s preferred partner is VW,” the document explains, “which is developing the world’s most advanced high volume electric vehicle platform. Fisker is seeking to negotiate an agreement with VW for the supply of parts and components for its vehicles.”

That platform is the MEB, or “modular electric toolkit,” which will underpin EVs from across VW Group. Set to make its commercial debut in the VW ID.3, it’ll also be the basis of the upcoming ID.4 crossover – expected to be the first MEB-based vehicle to go on sale in the US – as well as being used by Audi, SEAT, and others. However Volkswagen has long held ambitions to offer it outside of its own four walls.

After unveiling the ID BUGGY electric dune buggy concept in early 2019, VW confirmed that it had plans to license out the MEB architecture to other automakers. In that way, it argued, it could accelerate economies of scale, making MEB – and EVs generally – more cost-effective. For third-party manufacturers, meanwhile, it would represent a shortcut to EV production, since Volkswagen’s platform would already have passed through much of the legal red-tape.

It’s something which clearly sounded like a good idea to Fisker. VW’s Italdesign built the company’s Ocean prototype shown at CES 2020, bearing Fisker’s design on top of the MEB underpinnings. “The MEB Platform would allow Fisker to enter the market in approximately half of the time and with costs substantially reduced relative to a vertically integrated business model,” Fisker points out.

Meanwhile, the same underlying engineering could be used for future Fisker models. “Multiple vehicles can be produced on the same platform,” the company explains, “which will enhance the speed to market and meaningfully reduce the cost and risk of future product offerings.”

Fisker, for example, could benefit from VW’s heft in negotiating for batteries. It would also mean the automaker would need to spend less on its own research and development. Even manufacturing could be outsourced, Fisker suggests, pointing to an estimated 20-percent overcapacity in global production capabilities.

VW and Fisker are still in talks – “a final decision has not yet been made about a possible cooperation with Fisker to implement a series project” a VW spokesperson said in a statement – though Fisker’s hope is that the supply and manufacturing agreement could be finalized in the second half of this year. The two companies signed a memorandum of understanding (MOU) back in November 2017, and collaboration agreement in December 2018. Pre-production of Ocean is expected to begin – with 50-100 cars being made – from Q4 2021, with full production and deliveries from Q4 2022.

Down the line, Fisker predicts, there’ll be a “lifestyle pickup” and a “sport crossover” joining the range. At some point, the Fisker EMotion luxury sedan project – which has been put on the back-burner – will also be restarted, though that might not happen until around 2023 and Fisker’s third platform.

If all goes to plan, Fisker and Spartan’s combined transition will close in the second half of this year. The resulting company will still be called Fisker, and the financing will be used to fully fund the start of production for the Ocean.

Wed Aug 12 , 2020
The Indianapolis Motor Speedway has announced that attendance for the 104th edition of the Indianapolis 500 will be approximately 25 percent of capacity, with face coverings for all attendees. Ticket sales will not be permitted after 24 July, further limiting the number of people who will attend. IMS has prepared […] 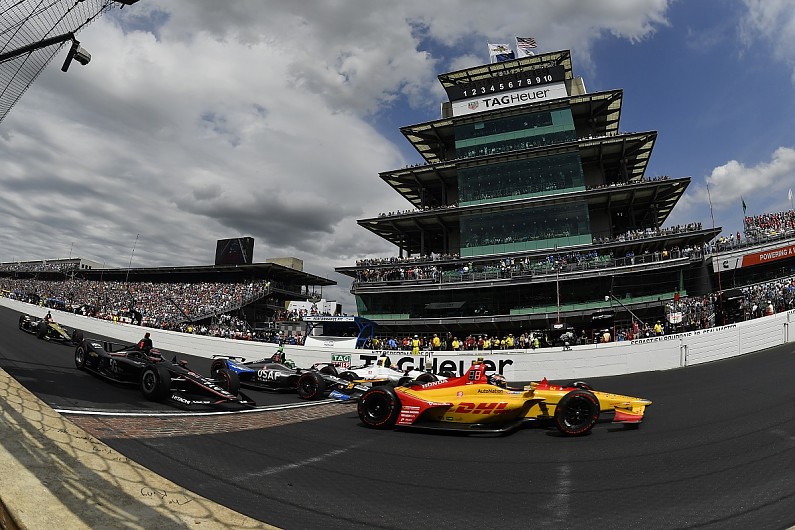