Despite some nervous moments prior to departure for his Arrow McLaren SP team, Fernando Alonso officially is stateside to begin his third attempt at the Indy 500.

Alonso posted a photo Tuesday from his flight to the United States, where he will be through the Aug. 23 race at Indianapolis Motor Speedway (1 p.m. ET, NBC).

On Friday, he officially was in the Ruoff Mortgage-emblazoned firesuit he will wear while piloting the No. 66 Dallara-Chevrolet as a teammate to full-time drivers Pato O’Ward and Oliver Askew in the Indianapolis 500.

Travel to the United States has been a hassle for NTT IndyCar Series drivers from abroad. Rookies Alex Palou and Rinus VeeKay both faced some hurdles in arriving in time for the June 6 opener, and Felix Rosenqvist’s girlfriend was stuck in Sweden for a few months (returning the night of his Road America victory) because of COVID-19 red tape.

McLaren Racing CEO Zak Brown told Motorsport.com last week that Alonso’s travel from his native Spain had been delayed because of restrictions during the novel coronavirus (COVID-19) pandemic. Brown described a “nerve-wracking” process in which Alonso had to visit the U.S. embassy in Madrid to get special documents approved.

“It was never a problem; it was more that you can imagine with the state of play right now in America, it’s a bit chaotic,” Brown told Motorsport.com. “To just go through all the government hoops, it was taking some time. But he now has everything that he needs.”

During a July media availability, Arrow McLaren SP managing director Taylor Kiel said the postponement of the Indy 500 from May 24 had provided ample time to adjust with the COVID-19 protocols.

DAILY INDY 500 SCHEDULE: Click here for all on-track activity in August at Indy

“His car is prepared along with Pato and Oliver’s in the same manner,” Kiel said. “His team is all full-time employees with Arrow McLaren SP. So they’re involved in all processes and procedures, the car builds, the pit stop practices. In terms of the package at IMS, I’m 100 percent confident.”

Having arrived a week ahead of the track opening with an Aug. 12 practice, Alonso should have the opportunity for simulator time and getting acclimated to the team at its Indianapolis shop. Kiel said Arrow McLaren SP “will do everything we can to get him up to speed. The caveat to all of that is that he has done this before in this car. Obviously with different teams, but he’s got experience. He’s a professional, world-champion caliber driver. If anybody can show up and just drive, it would probably be him.

“So anything we can do beforehand is icing on the cake.”

After failing to qualify with an ill-prepared car last year, Alonso is walking into a situation that’s on par with his rookie attempt in 2017. He led 27 laps for Andretti Autosport before finishing 24th because of an engine failure.

With the youthful tandem of O’Ward (second at Road America; fourth at Iowa) and Askew (third and sixth at Iowa) proving capable of winning — and with new race engineer Craig Hampson — Alonso should have a legitimate shot at a victory to complete motorsports’ “Triple Crown.”

Fernando Alonso won the first two legs in Formula One (the Monaco Grand Prix in 2006-07) and sports cars (the 24 Hours of Le Mans) but needs the Indy 500 to join the legendary Graham Hill as only the second driver to complete the feat.

“I think the Indy 500 is one of the most impressive races, and the Indy 500 completes the big three races in motorsports and three completely different disciplines,” Alonso told Leigh Diffey during a February interview to announce his Arrow McLaren SP deal. “It makes you quite a complete driver. That’s what I’m looking for in this stage of my career. The Indy 500 is probably the biggest priority for me now.”

Fri Aug 7 , 2020
Before track action had even begun ahead of Formula 1’s practice sessions for the 70th Anniversary Grand Prix at Silverstone, there was already plenty of drama to speak of. Renault’s protest against Racing Point’s rear brake ducts had been upheld, and the latter team had been handed a fine and […] 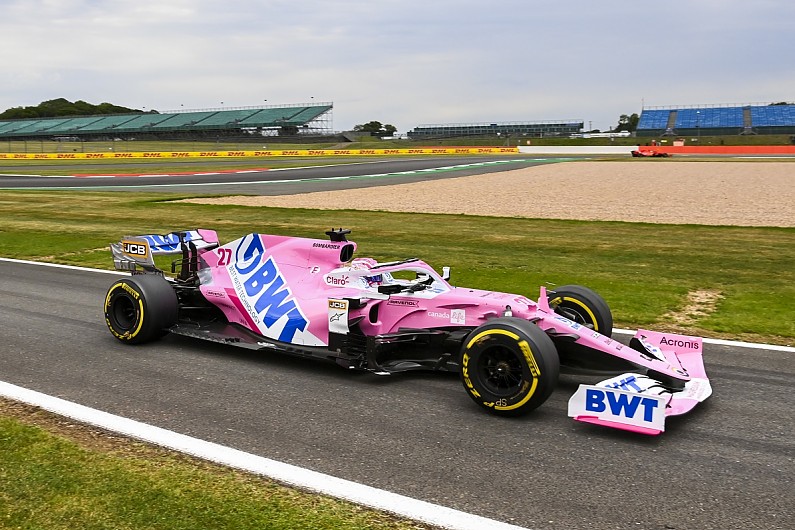