INDIANAPOLIS — About an hour before he won the Fast Friday Lotto at the Brickyard, Graham Rahal laid out the stakes for scoring a decent Indy 500 starting position at Indianapolis Motor Speedway.

If the Rahal Letterman Lanigan Racing driver is correct, no one will be positioned better for a starting spot in the 104th Indy 500 than his team when time trials begin Saturday at 11 a.m. ET (NBC Sports Gold, 3-5 p.m. ET on NBC).

FRIDAY’S SPEEDS: A rundown of who led Fast Friday

QUALIFYING ORDER: Here’s how the crucial draw shook out

Rahal was awarded the top spot in Indy 500 qualifying order, and teammates Takuma Sato (second) and Spencer Pigot (seventh) also were given favorable spots in a draw that was conducted shortly after practice in the IMS garage.

A representative from each team selected a coin with a qualifying number (event manager Delaney Collier was the lucky charm who picked for the three Rahal Letterman Lanigan drivers) that could play a major role in determining their fate in the Greatest Spectacle in Racing.

That capped a day in which Hondas mostly dominated the speed charts of a “Fast Friday” practice.

With temperatures hitting the high 80s, track conditions were extremely difficult as teams tried to get a handle on a slick track while wrestling with a massive boost of 50 horsepower and resultant lap speeds that hadn’t been seen on the 2.5-mile oval in nearly a quarter-century.

But then Andretti drew the 28th position in qualifying order, which will put him a few hours into the qualifying session and a hotter midday forecast for Saturday.

The top nine qualifiers Saturday will advance to Sunday’s one-hour session to determine the pole position.

“We have the speed for the top nine, but we have to hope we’re not sliding too much,” Andretti said.

Surprisingly down the speed chart Friday were Team Penske’s Dallara-Chevrolets, which were led by the No. 12 of Will Power in 11th.

After proclaiming midway through practice that his team basically had no hope of outqualifying Honda, Power changed his tune after drawing 10th in the qualifying order.

No mincing words from @12WillPower about @Team_Penske on Fast Friday:

“Look, we’re just not fast,” Power tells @heymartysnider. “Simply. We’re just not going to be able to challenge Honda. I can’t see it.”

“The first run really counts,” he said. “If you drew in the first top 10, you’re in pretty good shape, especially for us who are just trying to crack into the top nine. I was really happy about that.”

So was teammate Josef Newgarden, who drew the ninth slot but also was more optimistic about being able to charge through the field from outside the Fast Nine in the Aug. 23 race (1 p.m. ET, NBC).

Though much of the chatter through three days of practice has been that this year’s heavier aeroscreen will make passing more difficult and make track position (and thus starting spots) critical), Newgarden said if he can get close to the top 10 “we can fight really well and win this race next weekend.

“You need both (track position and handling),” he said. “You always want as good of track position here as possible. It just makes your day easier. Whenever you’ve got to fight from real deep in the pack, it’s just a challenge. If you could choose, you would choose to start up front, P1 and then also have a great car in traffic.

“We have the capability to start somewhat toward the front but yeah, probably more important is our race car and how we handled in traffic. We worked on that a lot the last couple of days, so we’ll be able to put it to good use next weekend.

“I don’t know that we had a lot of expectations coming into today. It’s so difficult to judge on two days of practice. Indy is a really deceiving place. It’s a cat and mouse game. It’s all about tows in practice and a lot of it is irrelevant. I’m not sure we even knew where we’d stack up from a pure qualifying standpoint. I think we got an assessment of where we were in race running. I think we’ll have good race cars to take the fight to everybody, but it was definitely on pure pace (Friday).”

© Provided by NBC Sports
Graham Rahal’s No. 15 Dallara-Honda will be first to qualify Saturday (Walt Kuhn/IndyCar).


The team with the most pace was Andretti Autosport, which had four of its six cars in the top 10 on Fast Friday.

The draw didn’t work out as well for the team, though. Alexander Rossi will be going out 12th ahead of teammates Ryan Hunter-Reay (14th), Zach Veach (15th), James Hinchcliffe (20th), Colton Herta (30th) and Andretti.

“I think the temperature is going to make a huge difference in terms of overall performance,” Rossi said.

Said Hunter-Reay: “Unfortunately, it’s going to come down to the lottery of picking the right number. If you pick early, you go at 11 a.m., it’s going to be a totally different racetrack from the guys that go later at 2:30.”

Among other notables who joined Rahal with a qualifying draw in the top 10: 2017 winner Takuma Sato (second), Indy 500 rookies Rinus VeeKay (fourth) and Pato O’Ward (eighth) and 2008 winner Scott Dixon, whose No. 9 Honda will go out sixth.

The five-time NTT IndyCar Series champion said he was “a little shocked” by the speed disparity between Honda and Chevrolet.

“It seems a little strange so far,” Dixon said. “It’s always hard to know where each manufacturer is. They all adjust accordingly to their own programs, so I know we’ll have hopefully some more tomorrow as well. It’s hard to tell what Chevy is up to, but always proud to be powered by Honda, and hopefully we’ve got the upper hand this year. 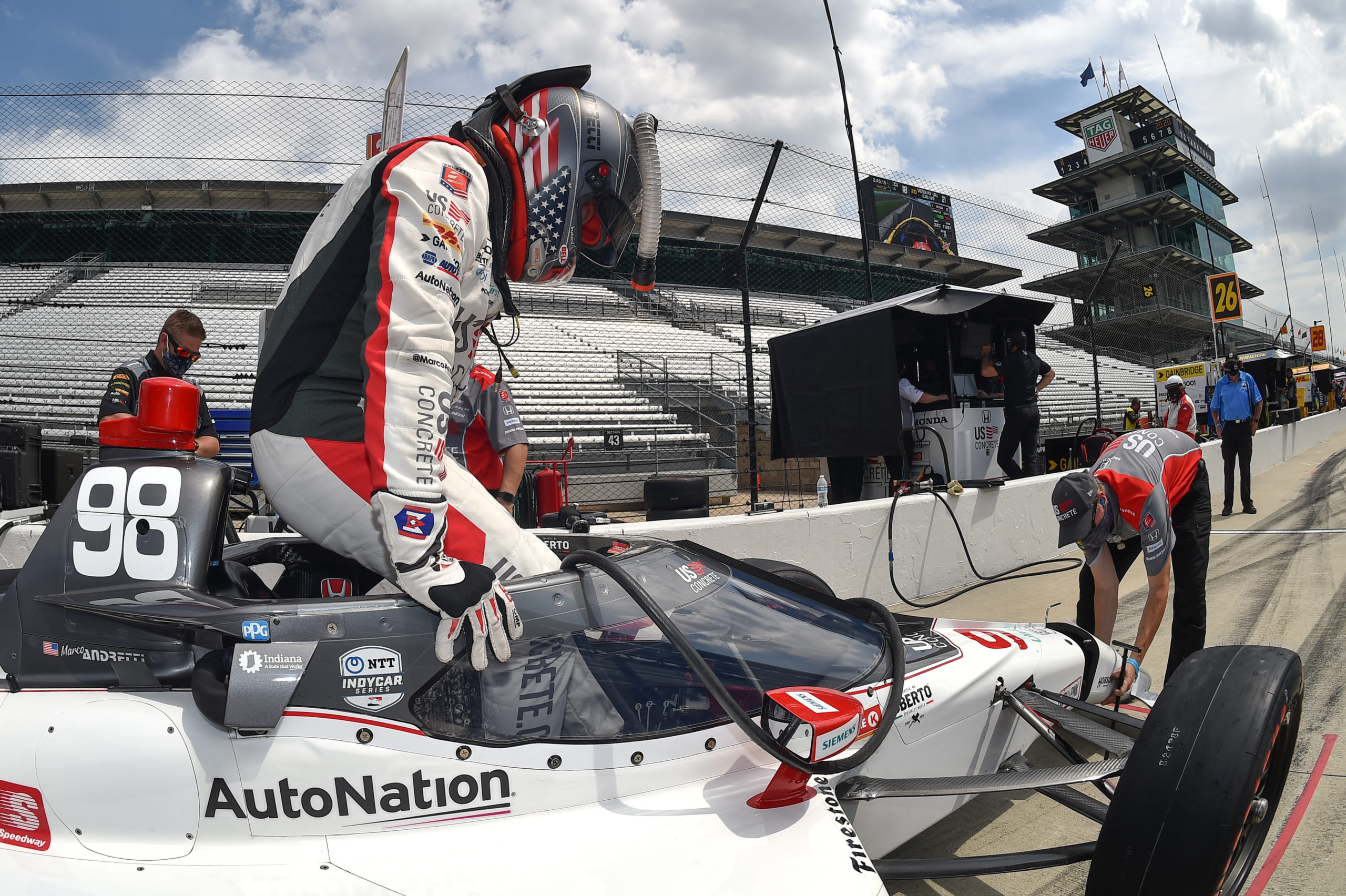