Formula 1 looks very different today from when the series first raced 70 years ago back in 1950.

In those days most of the drivers were approaching middle age, careering around tracks lined with bales of hay and effectively no safety gear, aided and abetted by a handful of mechanics.

Since then F1 has grown exponentially. Drivers are athletes coached from early childhood, expected to reach F1 by their early twenties and safety is an absolute priority for drivers and the team. Hundreds of millions of pounds is spent by each team on the quest for success and hundreds, if not thousands, of employees across the business.

However, it’s the cars themselves that the most effort has gone into transforming over the years. From the engine and internal components to the materials used and bodywork itself, the technology used in F1 has advanced almost beyond recognition.

The first grand prix in F1 history took place on the 13 May 1950 at Silverstone and was won by Giuseppe ‘Nino’ Farina in the Alfa Romeo 158, which he went on to take the title with later in the year. The car, affectionately known as the ‘Alfetta’, had an estimated top speed of 180mph and could do 0-60mph in four seconds. By comparison a modern F1 car has a top speed of around 225mph and can do 0-60 in two seconds.

It is when the respective power of the cars is considered that the progress in technology can really be appreciated. The Alfetta’s 1.5 litre supercharged in-line eight-cylinder engine gave out 350bhp whereas F1’s current 1.6-litre V6 turbo hybrid engine gives out around 1000bhp despite being only 100cc bigger, and using a fraction of the fuel. The 1950 car weighed 35kg less than the current Alfa Romeo C39, which is around 746kg.

The engine and gearbox 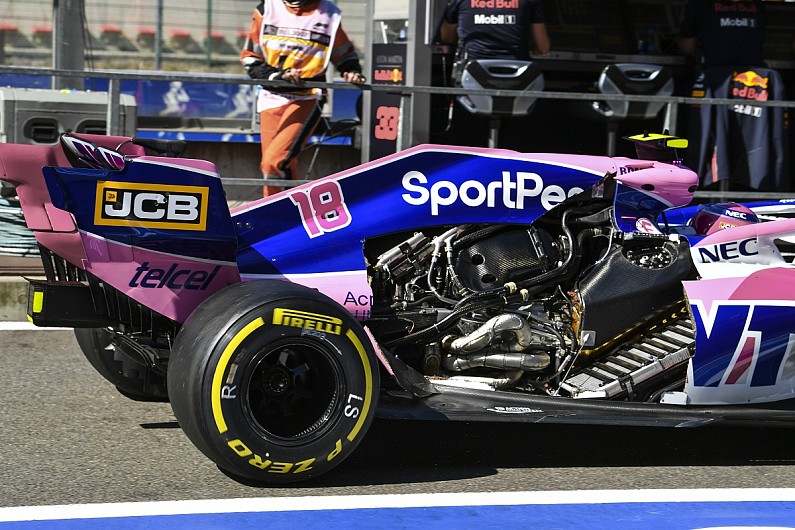 Perhaps the most immediately noticeable difference between a current F1 engine and that used in 1950 is the location. In the beginning the cars were front-engined and it was not until 1955 that a rear-engined car first appeared in the world championship, although Auto Union had scored success with the layout before World War Two.

The Alfetta’s engine was supercharged, as were the engines of several cars on the grid, with compressed air fed into the engine’s cylinders, multiplying its explosive potential. The inlet and exhaust valves were operated by double overhead camshafts and each cylinder’s two valves were splayed for the optimal angle for combustion.

In producing 350bhp (later boosted to over 400bhp before the car’s retirement) the engine created so much internal heat that fuel had to be used for cooling as well as combustion, resulting in the car averaging only 1.5mpg (we can approximate that current F1 cars average between 6-7mpg) and led to its later downfall. The engine block was made of Elektron, a magnesium alloy that was a relatively new concept at the time.

Since 2014 F1 has used hybrid technology to power the cars. The small combustion engine is allied with the MGU-H and MGU-K that recover waste heat and kinetic energy respectively and this recycling of waste energy can provide around 160bhp for 33 seconds a lap. Developments in technology pertaining to the engine remains a key area of innovation, despite stringent rules as to what can and cannot be changed.

In 1950 the Alfetta had a four speed H-pattern gear box and three pedals, going clutch, accelerator, brake from left to right. By comparison in 2020 F1 cars have eight gears which are selected using paddles on the steering wheel, meaning there are just two pedals in the cockpit. 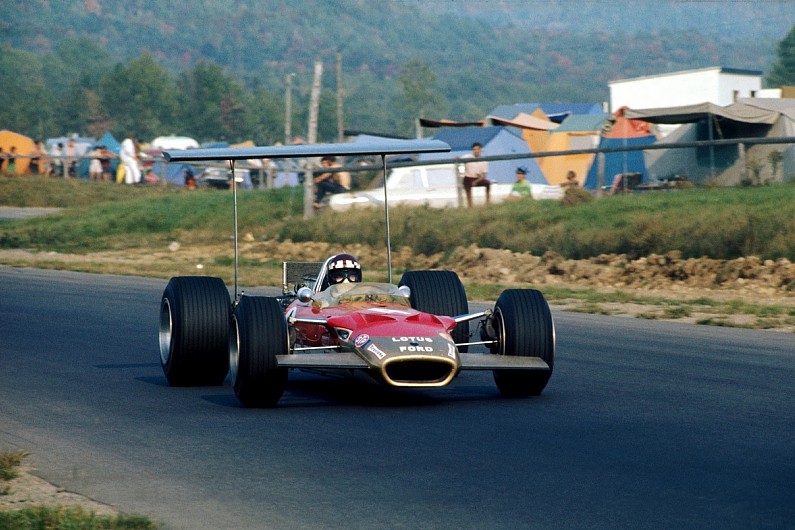 Aerodynamics in motorsport as we consider them today did not really come about until the late 1960s and as a consequence the cars taking part in the inaugural F1 season were devoid of downforce-producing wings and bodywork features that are now considered synonymous with single-seater racing.

However today aerodynamics performance is the biggest performance differentiator. Generating more (and more efficient) downforce has improved key areas, such as cornering and braking, that allow F1 cars to reach such high average speeds.

PLUS: How Verstappen stacks up in F1’s 70-year Silverstone speed battle

The whole car is designed around the concept of being aerodynamically efficient, including all of the bodywork, such as the bargeboards and sidepods, as well as specifically aero-related parts such as the front and rear wing. Much (though some would say not enough!) of the car’s downforce is generated from the airflow under the floor so that is an especially important area, alongside the diffuser.

Although both the champions in 1950 and 2020 raced cars on Pirelli tyres, that’s where the similarities end. In the first season of F1 the tyres were far skinnier than anything seen since and were a standard size for both the front and the rear. Tyres grew wider during the 1960s, but they were still grooved. Slicks arrived in the early 1970s and boosted grips levels, increasing cornering speeds and acceleration.

In 2020 the tyres are much bigger, with the front tyres 305mm wide and the rear 405m. Pirelli makes a range of different tyre compounds for different temperatures and strategies, with three types available per race. Tyre choice can have a big difference to a driver’s race and drastically affect performance as it reaches the end of its useable life. Only the wet weather tyres are grooved in order to displace water. 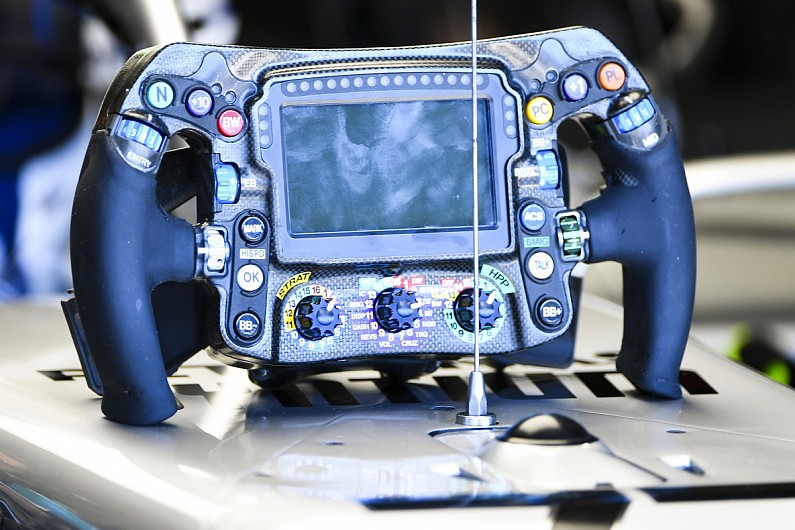 Back in 1950 steering wheels were about as basic as can be and made up of aluminium and wood. It was quite some years before teams began to incorporate buttons and switches onto the wheel. Today steering wheels can have over 20 interactive elements that can make all manner of different changes to the car.

The clutch and gear selection are controlled by paddles on the side of the wheel and drivers can also change the brake balance, adjust the engine settings, deploy the DRS and speak to the team over the radio, all at the touch of a button. They are custom-built to each driver, both to the ergonomics of their hands and to take into account different preferences over button locations.

Steering wheels have come a long way from the days when they were only used to steer.

The suspension on the Alfetta was fairly simplistic, with transverse leaf springs at the front and a swing axle at the rear that was supported by leaf springs. The swing axle did make the rear wheels independent of each other but, compared to the suspension of F1 cars in 2020, it seems like a token gesture. Seventy years on and an F1 car’s suspension is made up of a complex mixture of springs, dampers, rockers, wishbones, pull and push-rods, axles and more.

Much of the car’s set-up changes are made to the suspension and getting that right is essential for making the car react properly to the driver’s inputs. Increasingly over the years the suspension has become an integral part of the aerodynamics of the cars. It can change the airflow around the car and is responsible for making sure that the pitch and rideheight are well controlled even as the downforce levels change across the lap.

Like the rest of the car, the suspension has become significantly more technical over the years, although active suspension – in which computers kept the car at the optimum rideheight – was banned after 1993.

PLUS: When was F1 closest? 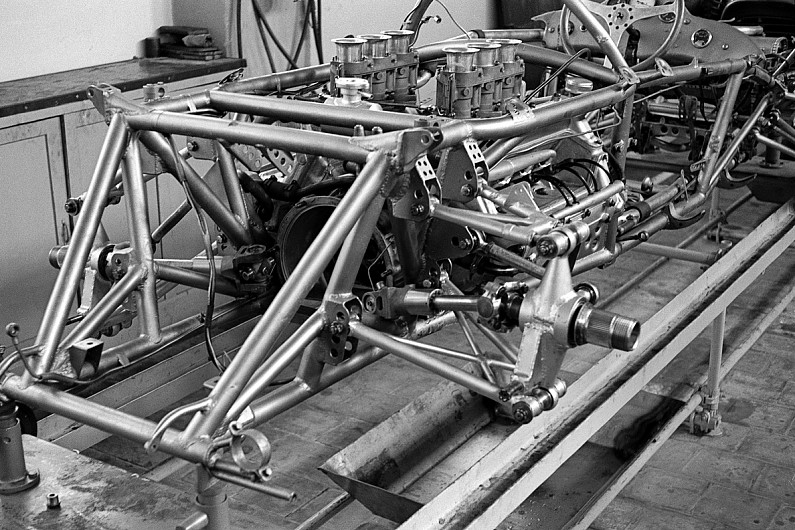 In the 1950s the bodywork of F1 cars were made of aluminium, with steel tubular chassis frames.

Spaceframe construction remained the norm until Colin Chapman’s successful monocoque Lotus 25 arrived in 1962. The car was stiffer and allowed a lower frontal area, and most rivals soon followed suit.

Chapman’s Cosworth DFV-powered Lotus 49 then made the engine a stressed member in 1967, another innovation that remains to this day.

Carbonfibre did not make its debut in F1 until the McLaren MP4/1 in 1981 but since then it’s become a staple in motorsport. As it is lighter and stronger than aluminium, the carbonfibre monocoque provides a stiffer chassis and better protection for drivers without weighing the car down. Currently 60-70% of an F1 car’s structural weight is made up of carbonfibre.

At the dawn of F1 racing, cars used aluminium drum brakes but since 1950 brake technology has come a long way. The front end of the car may have simply moved on to using brake discs but the rear brakes have become far more complex. The friction from the brake discs, the engine braking and the electrical braking from the MGU-K all combine and are deployed at the press of the brake pedal.

The Electrical Control Unit interprets the pressing of the brake into a series of commands for these components, which result in the car slowing. This brake-by-wire system, where the brake is not physically connected to the pedal by the hydraulics system, provides better braking stability for the driver. However, if an issue occurs in the brake-by-wire system then there is still a line to the rear brakes that can be used, bypassing the ECU.

A 2020 F1 car’s carbon brake discs have 5G of stopping force and withstand temperatures of up to 1000 degrees. 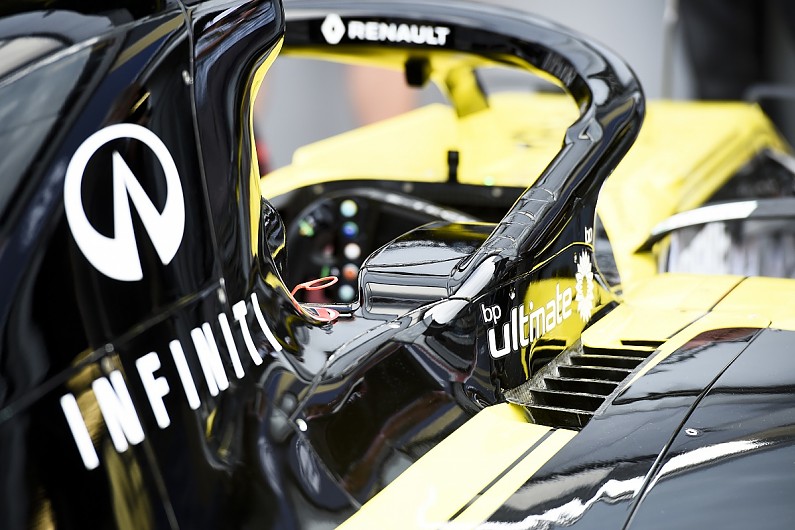 In 1950 there was no real concept of having safety devices built into the cars, with the drivers themselves racing in shirt sleeves with just a cloth cap and a pair of goggles. But in recent decades safety has become a priority and great strides have been made in preventing injury to the drivers.

Bagged fuel tanks and crash helmets were among the earliest improvements in safety, which came under more scrutiny when Jackie Stewart started campaigning in the late 1960s.

The survival cell was a key development and this central part of the car is made of an exceedingly strong carbonfibre composite, with layers of Kevlar that is penetration resistant and absorbs huge amounts of energy in a crash.

In the late 1990s the headrest, Accident Data Recorder and wheel tethers were all introduced to further protect the driver should something go wrong.

The latest major safety addition to the car was the halo in 2018. While it was initially a rather controversial idea to move towards an enclosed cockpit, there have been numerous incidents across different series where the halo has prevented serious injury or worse.

Circuits have evolved too, with better barriers, more runoff areas and better medical supervision. At a number of the older venues chicanes or corner modifications have also been introduced to slow the cars, as have a myriad of rule changes, particularly since the death of Ayrton Senna in 1994.

While it is impossible to make motorsport 100% safe, F1 has achieved much when it comes to driver safety in the last 70 years, while at the same time continuously pushing the performance envelope. 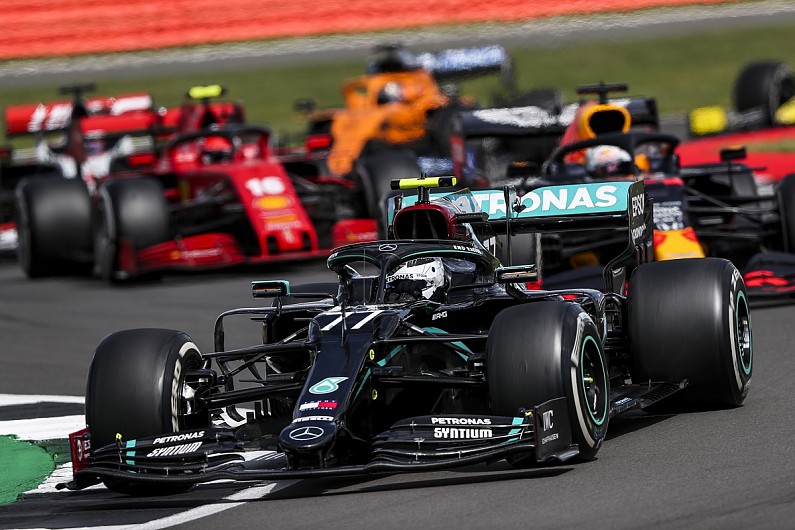 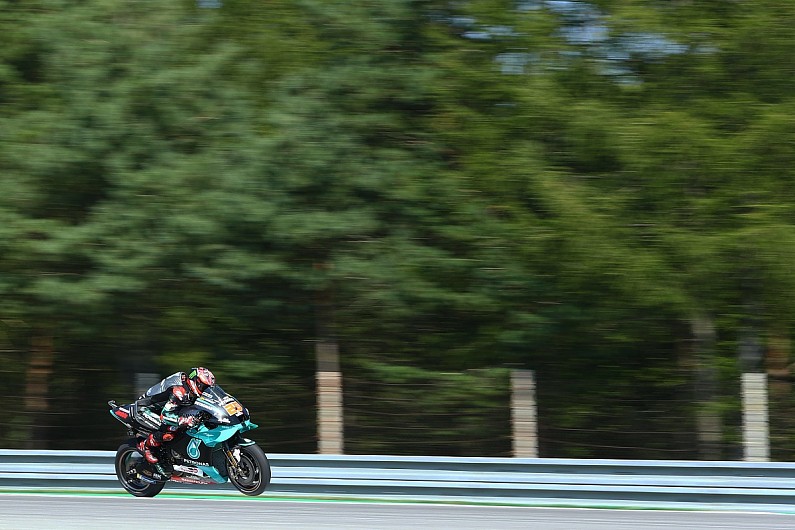