Racing Point’s Lance Stroll believes his team “debatably” has the second fastest Formula 1 car after its Styrian Grand Prix performance, while Renault has launched a protest against the team.

After struggling in the wet qualifying at the Red Bull Ring, both Sergio Perez and team-mate Stroll charged through the field during Sunday’s race in dry and warm conditions to demonstrate the RP20’s pace.

After Perez overtook both Stroll and Renault’s Daniel Ricciardo to climb to fifth – having started 17th – the Mexican damaged his front wing attacking Red Bull’s Alexander Albon on lap 69.

It meant Perez faded to sixth place at the chequered flag, with Stroll right behind him in seventh, having enjoyed a strong race where he fought with Ricciardo and Lando Norris.

The overall performance of Racing Point, coupled with the promising pace shown back in pre-season testing, has led to Stroll feeling the team could have the second fastest car on the grid behind F1 world champion Mercedes.

With Racing Point’s car also raising questions over a potential breach of F1’s ban on customer cars and shared parts – focused on the RP20’s similarities with the Mercedes’ 2019 title-winning W10 – Renault has lodged a formal protest against both Racing Point’s cars following the Styrian GP.

“I really believe today we had you know, debatably the second quickest car, maybe third, but we were definitely quicker than Renault, McLaren and a lot of other of our competitors. So that was really positive,” Stroll told Sky Sports F1 before the protest was lodged.

“You know, it wasn’t the perfect race setting for both of us. I mean for Sergio starting 17th it was a pretty good result. I think he probably would have signed up for that before the race!

“From my side there were definitely some frustrating parts of the race, being stuck behind Ricciardo, but the pace was there the whole race and that’s what’s really promising going forward.” 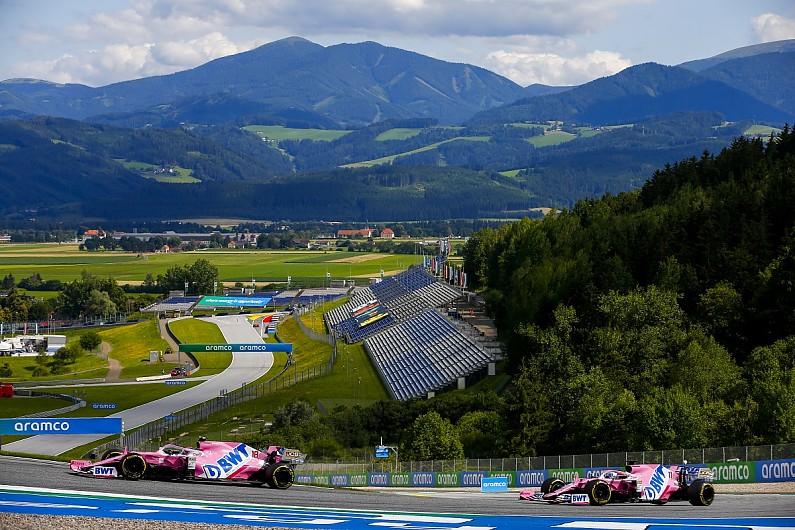 Reflecting on his own race, Stroll felt he was unlucky not to pinch sixth place from Perez on the final lap with the Mexican driver slow due to front wing damage.

“It was a good first stint, we settled into the race nicely,” Stroll said. “I got past [Pierre] Gasly early in the race, and then we were pushing on and catching the Renaults ahead of us.

“We stopped a couple laps earlier than Ricciardo and Sergio. And at that point, I was just fighting through traffic to get free air. Unfortunately in the second stint I made a little mistake, and Sergio managed to get a good run on me down to Turn 3 and overtake me at Turn 4.

“And once that happened, I was catching Ricciardo but I spent the whole second stint really trying to get a good run on him but he was very strong into into Turn 1 and out of Turn 1, and that made it very challenging for me to get by.

“And finally on the last lap I saw an opportunity, it was a very small one and I went for it. It turned out to be really hectic last lap, but a very exciting for everyone.

“I arrived in the worst possible moment behind Sergio because It was right at the middle of Turn 10. I was really just stuck behind him and when I got on the power I think I finished just a front wing behind him. Very tight last lap, and very exciting racing for everyone watching.”

Thu Aug 13 , 2020
Stoffel Vandoorne will return to being on standby for McLaren on Formula 1 race weekends from the Spanish Grand Prix following the conclusion of the Formula E season. McLaren has no formally-appointed reserve within its team to support full-time drivers Lando Norris and Carlos Sainz Jr., instead holding an agreement […] 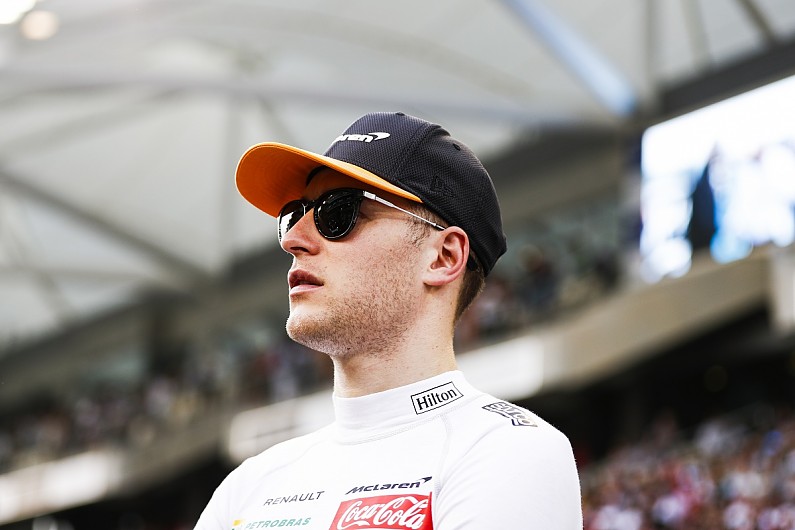