Double world champion Fernando Alonso will make his return to Formula 1 in 2021 with Renault, with the team announcing his two-year deal on Wednesday.

Rumours surfaced during the Austrian Grand Prix weekend of Alonso’s return to F1 with Renault, with Autosport sources confirming the claims on Tuesday.

The Spaniard, who won his only world titles for Renault in 2005 and 2006, last raced in F1 at the end of 2018 when he decided that F1 was no longer an attractive option for him.

Alonso will take the place of Australian Daniel Ricciardo, who has signed to join McLaren as replacement for the Ferrari-bound Carlos Sainz Jr., who is taking the seat vacated by four-time F1 champion Sebastian Vettel.

Alonso’s team-mate next year will be Esteban Ocon, who returns to F1 this season after a year out in 2019.

His return to Renault will be his third spell at the team.

Commenting on his return, Alonso said: “Renault is my family, my fondest memories in Formula One with my two world championship titles, but I’m now looking ahead.

“It’s a great source of pride and with an immense emotion I’m returning to the team that gave me my chance at the start of my career and which now gives me the opportunity to return to the highest level.

“I have principles and ambitions in line with the team’s project.

“Their progress this winter gives credibility to the objectives for the 2022 season and I will share all my racing experience with everyone from the engineers to the mechanics and my team-mates.

“The team wants and has the means to get back on the podium, as do I.”

Alonso originally joined the outfit as a test driver in 2002, before being promoted to a race seat the following year.

He won his first grand prix for the team in Hungary in 2003 and was central to its most successful campaigns in 2005 and 2006.

Following his title successes, Alonso quit to join McLaren in 2007 but his relationship there turned sour and he returned to Renault for the 2008 and 2009 seasons. 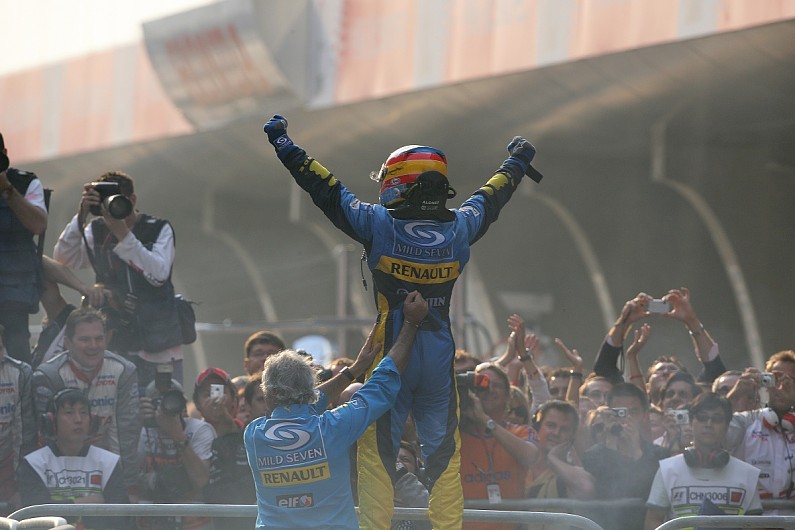 Although he won races, including a controversial one at the 2008 Singapore Grand Prix when team-mate Nelson Piquet deliberately crashed, the team could not deliver the title he was after.

Alonso subsequently moved to Ferrari from 2010 to 2014, before making a return to McLaren from 2015.

But his switch to McLaren failed to produce the kind of results he hoped for as he endured two difficult years with Honda-power prior to a final frustrating campaign with Renault engines as McLaren’s car did not live up to expectations.

By the end of 2018, Alonso had grown tired of the demands of F1 and a lack of results, but his time away from it since then has given him new motivation to have one last assault.

His long-time manager Flavio Briatore said earlier this year that Alonso had been “detoxed” by being away from F1 for a while.

PLUS: How Renault plans to manage the “new” Alonso

Since leaving F1, Alonso has won the Le Mans 24 Hours and the World Endurance Championship for Toyota, as well competing in the Dakar Rally earlier this year.

He has also tried to win the Indianapolis 500, but failed to qualify last year. He will contest this year’s edition.

“He is an incredible talent and we can’t wait to have him back on the grid in 2021.”

Wed Jul 29 , 2020
Esteban Ocon says he would be “very happy” for two-time world champion Fernando Alonso to re-join Renault and become his Formula 1 team-mate for 2021. Ocon will be working with a new team-mate next year after current partner Daniel Ricciardo confirmed in May he would be joining McLaren at the […] 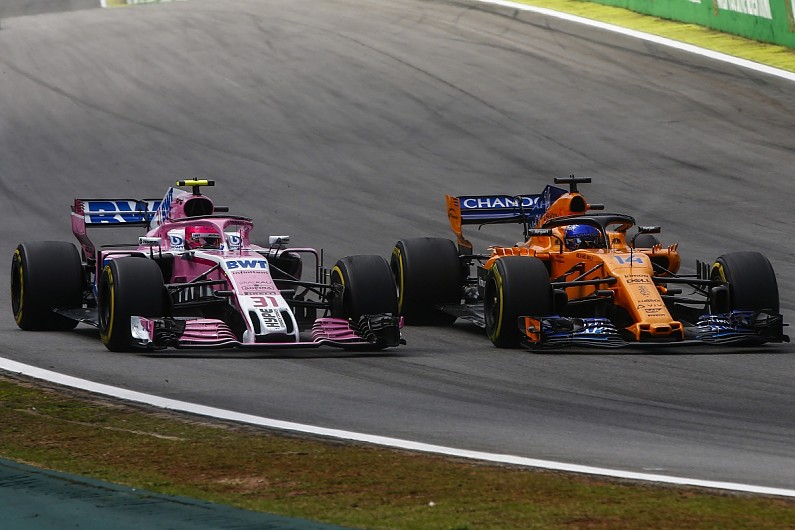