Formula 1 drivers are relishing the pending addition of Turkey’s Istanbul Park to the 2020 calendar, and expect Turn 8 to be “easy flat” in the modern cars.

F1 is set to confirm the return of the Turkish Grand Prix in the final 2020 calendar in the near future, reviving the race after nine years off the schedule.

Turkey will take up a November date slot ahead of back-to-back races in Bahrain and the season finale in Abu Dhabi in mid-December, lifting the schedule to 17 races.

Of the current grid, only Lewis Hamilton, Sebastian Vettel, Kimi Raikkonen and Sergio Perez have prior experience in F1 machinery at the circuit.

Romain Grosjean raced at Istanbul Park back in GP2, winning races there in 2008 and 2011, and was excited by the prospect of the track returning.

“It would be mega,” Grosjean said when asked by Autosport about going back to Turkey.

“I think it would be bloody awesome. It’s such a cool track. I really enjoy going there and racing.

“Turn 8 is a good one for the neck, so I think it would be very fast.”

The quadruple-apex left-hand Turn 8 was one of the most spectacular corners in F1 when Turkey first joined the calendar in 2005, but has never been tested out with the modern-spec high-downforce cars.

Red Bull’s Alexander Albon predicted the corner would be “easy flat” in the current models.

“Maybe the start of the out lap. But still, it will be fun.

“It looks really cool, I’m excited. Liberty and Formula 1 are doing an amazing job choosing these kind of circuits.

“I don’t know if it’s coincidence, or if they’re just choosing them because they’re the ones that are open to races [like] Mugello, Imola, and Turkey.

“We’re going to some of the best circuits in the world. It’s going to be a proper circuit. I’m all for it.” 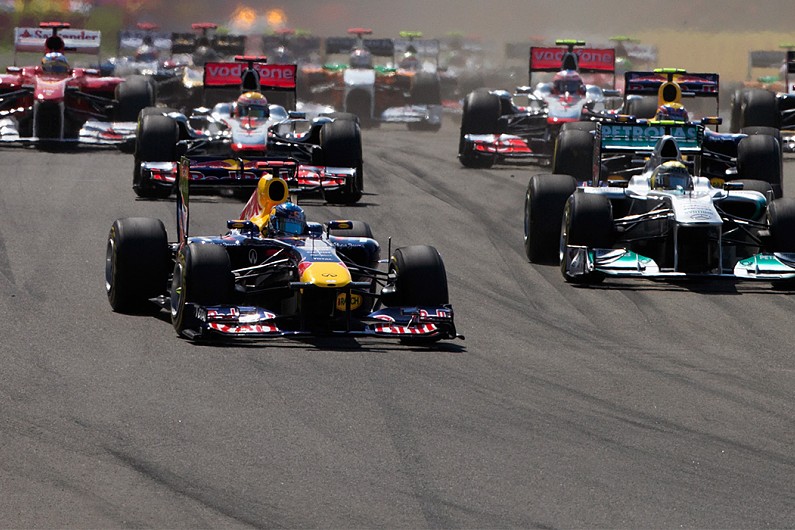 Esteban Ocon has never raced in Turkey, but agreed with Albon’s expectation that Turn 8 would be taken flat.

“Turkey is a fantastic circuit,” Ocon said. “If it comes to the calendar, awesome.

“It’s an old-school circuit, something I was watching on TV when I was younger. [The] massive left-hander, flat-out, is going to be pretty impressive.”

Turkey’s return to the calendar is set to come as part of F1’s efforts to bolster the 2020 calendar after more than half of the planned events were cancelled as a result of the COVID-19 pandemic.

F1 has managed to secure events at other ex-grand prix venues in the Nurburgring and Imola, while other European tracks such as the Algarve circuit and Mugello will stage a grand prix for the very first time.

AlphaTauri’s Pierre Gasly praised F1 officials for how they have managed to create such a sizeable calendar despite the challenges posed by the pandemic, which meant the season could only begin in July.

“I must say it’s quite impressive,” Gasly said.

“It’s quite intense, but everything is working out pretty well so far.

“It’s nice to see some new tracks like Imola, Mugello, Portimao, places that we would not really go in a more like standard and normal calendar, so I think it’s good to try this out.

“I think our sport is quite lucky when you look at other sports, so it’s pretty good.”