KTM Motorsport boss Pit Beirer says Pol Espargaro “deserved” to take the brand’s first MotoGP win for the “pure heart” he put into the project since 2017.

Espargaro joined KTM for its first season in MotoGP back in 2017 and has been the constant in its line-up since then, taking the marque’s first podium in the Valencia GP in 2018 and its best dry results prior to Brno.

While fighting for the victory in Sunday’s Czech Grand Prix, Espargaro crashed out on lap 10 after a collision with Johann Zarco while KTM team-mate Brad Binder went on to take a famous debut win for himself and the team.

Speaking to the media in a debrief organised by KTM, Beirer admits Binder’s win is also Espargaro’s as the Spaniard has been the “backbone” of the project for the last four years.

“In the bad and good days he was fighting like a lion for us and that’s why somehow he is part of that win.

“If he had not stayed so strong and committed to us, we would not have had the chance now to take the win.

Espargaro will leave KTM at the end of the year to join Marc Marquez at the factory Honda squad, with Tech3’s Miguel Oliveira joining Binder at the works KTM team. 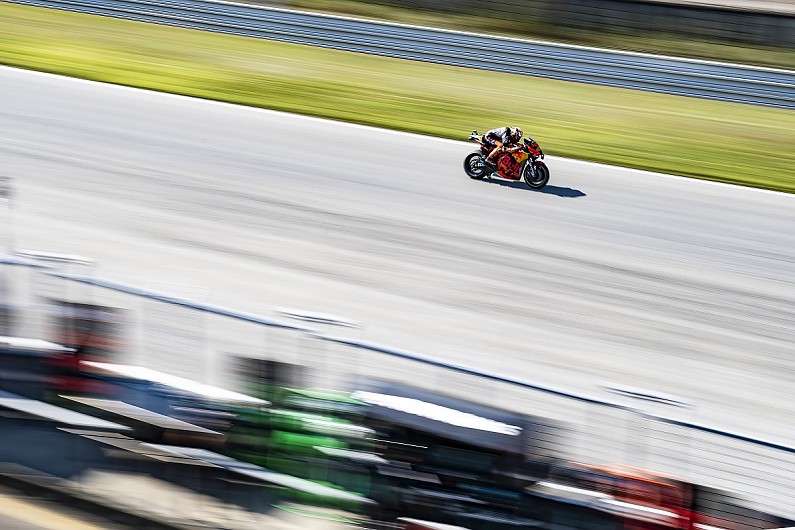 Binder has been one of KTM’s star assets since his Red Bull Rookies days, winning the Moto3 title in 2016 and missing the 2019 Moto2 crown by just three points.

Beirer says winning KTM’s first MotoGP race with one of its own riders is “the nicest thing” and believes it is vindication for his push to complete the KTM progression ladder by entering a chassis into Moto2 from 2017 to 2019.

“To win it with Brad, that’s the nicest thing you can reach as a race team, as a sport manager, if you found together with Red Bull the Rookies Cup a kid there who has the dream to ride MotoGP one day,” he added.

“And then in Moto3 together with him he becomes the champion.

“The Moto2 class was so difficult for us to step into as a team, to build a chassis.

“But last Sunday we got the payback for going into Moto2, because imagine if we hadn’t have gone into Moto2?

“That was always my talk to the board, because I don’t want to lose a Moto3 world champion with KTM to any other person in the world.

“What we learned in off-road [racing], our rookies grow up with us, we become a family and the closer you become, the stronger you get as a team.

“We would rarely lose riders if they were champions with us.

“On the road, we would have Rookies Cup, Moto3, a good year and then he was taken to another team in Moto2 if he was good, and if he was not so good he wanted to stay with us in Moto3.

“So, it was not the situation we wanted, and through Moto2 we could close the bridge and that’s why Brad could stay with us.”