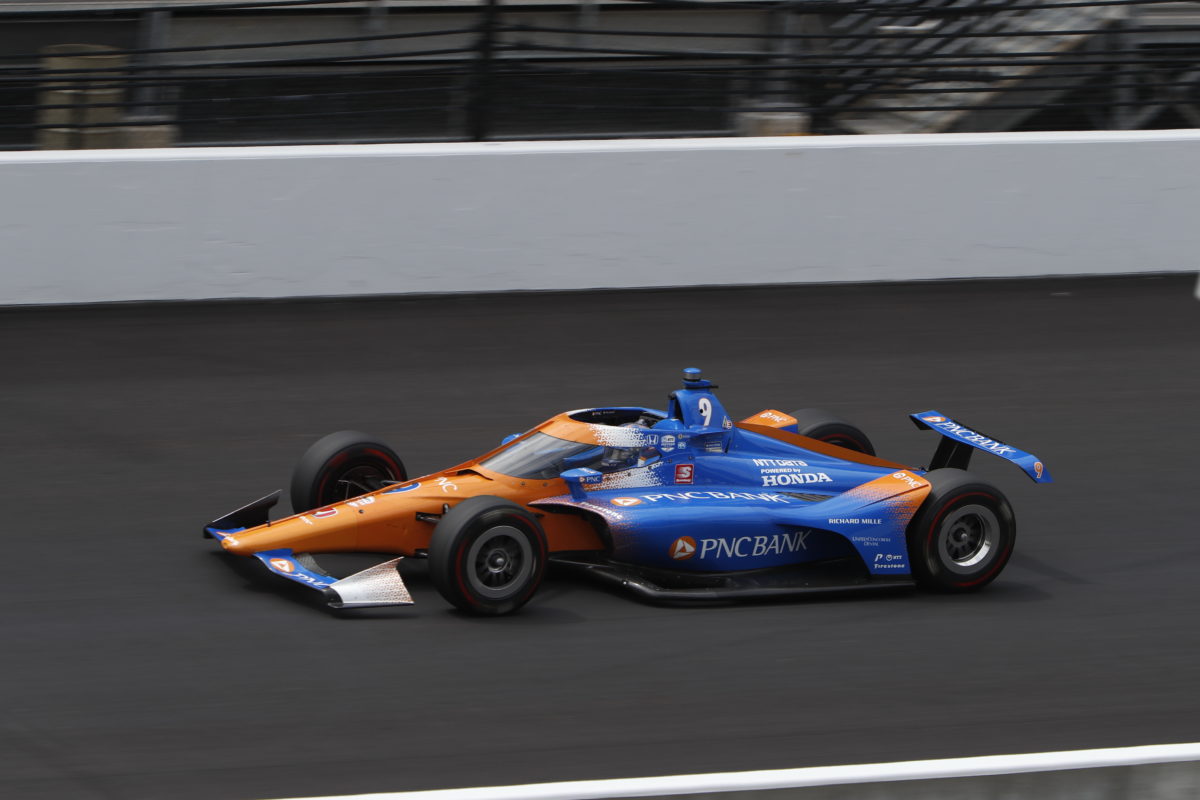 IndyCar series leader Scott Dixon soared to the top in Thursday practice at the Indy 500 in a day of running punctured by an accident for Fernando Alonso.

Dixon, who leads the championship by 49 points through six races, was 0.4mph ahead of Takuma Sato’s quickest time set earlier in the day.

Marco Andretti, who was second on the opening day, dropped his Andretti Herta Autosport machine into third (225.249 mph, 362.503 km/h) to make it a Honda top three.

Conor Daly (225.106 mph, 362.273 km/h) sent his Ed Carpenter Racing entry to fourth and was the last driver to break the 40s barrier, ahead of rookie Alex Palou and Colton Herta.

Felix Rosenqvist and Dalton Kellett recorded the most laps of the day at 141 each.

Cars will return to the track for the Fast Friday session at 01:00 AEST on Saturday (11:00 Friday, local time).

Friday running will see the cars’ twin turbos increased from 1.3-bar (130kPa) to 1.5-bar, a tweak which will yield up to 90 extra horsepower ahead of the four-lap qualifying runs later in the week.

Thu Aug 13 , 2020
The second day of practice for the Indianapolis 500 threw plenty of variables at the 32 drivers who turned laps on Thursday. Rolling out at the 11 a.m., most drivers took turns drafting in cooler conditions – and in some cases, experimented with qualifying simulations despite running standard boost levels. […]