Let’s face it, nothing is normal these days.

Everyone is bracing for Hurricane Laura while the NBA and Stanley Cup playoffs are underway during the dog days of August.

College football may or may not be played this fall. And if it is played, it may be played by no more than 50 schools.

Sunday brought to an end to the Month of August instead of the Month of May at Indianapolis with the non-traditional running of the Greatest Spectacle in Racing – the Indianapolis 500 – without spectators, of course.

However, two traditions did take place Sunday inside the Indianapolis Motor Speedway: winner Takuma Sato of Japan sipping the victory milk and the fact the most dominant car and driver of the day, Scott Dixon, did not win.

Dixon led the most laps Sunday – 111 – but found himself trying to run down Sato over the last 30 laps of the race. He was in position heading into the final five laps before Sato’s teammate, Spencer Pigot, wrecked coming off turn four and slammed violently into the pit lane attenuator. Dixon settled for second as the race ended under the yellow flag. Controversial or not, ending the race that way was the correct call. It would’ve taken more than an hour to make the proper repairs to the track and NBC would’ve moved on to other programming.


The ending robbed Dixon of a chance to cement his status as one of the all-time greats in Indy car racing. The 40-year-old New Zealander is without peer in modern major league open-wheel racing in this country. He has won five season championships and is the favorite to win this year’s patchwork season. His 49 career victories are third most in history, trailing only A.J. Foyt (67) and Mario Andretti (52).

There is no shame in that.

Ask Michael Andretti, whose son Marco sat on the pole Sunday, what he would trade for just one Indianapolis 500 victory. Andretti led 431 laps in his 500 career, including 160 of a possible 200 in 1992 when he obliterated the field. Michael was within seconds of lapping second-place Al Unser Jr. and third-place Scott Goodyear in 1992 when the fuel pump of his Ford powerplant broke with 10 laps left. Unser would go on to win the first of his two 500s.

Interesting fact is Michel Andretti’s career laps led in the 500 are two more than Rick Mears led in his career at the 500. Mears is one-third of the exclusive four-time 500 winners club with Foyt and Al Unser Sr.

Dixon’s career parallels another all-time great, that being seven-time NASCAR Cup champion Jimmie Johnson, who is wrapping up his career this season. Johnson’s resume ranks up there with the best in NASCAR history, save Richard Petty. Yet, many want to place an asterisk next to Johnson through no fault of his own after NASCAR changed the way it crowns its season champion from a season-long slog to a playoff format.

Johnson’s 83 victories are tied for sixth-most in NASCAR history. He is two wins away from sole possession of fourth place. Two of those 83 wins came in the Daytona 500.

Where Dixon and Johnson diverge, though, is how their careers are currently playing out.

Johnson, who turns 45 next month, hasn’t won in 120 races, dating back to Dover in June 2017. It is the longest winless streak in his career.

Dixon opened the modified 2020 Indy car season with three consecutive wins and has two more runner-up finishes, including the 500 Sunday. He holds a commanding 84-point lead with maybe five or six races left.

A championship in 2020 would put Dixon within one of tying Foyt’s open-wheel record. Foyt’s win record and four Indy wins are likely out of reach of Dixon, but no one should be surprised if he matches Foyt for season titles.

You just wonder if Dixon would trade a championship for five more laps Sunday in an attempt to pass Sato.

John Marcase is a former assistant managing editor and sports editor of The Town Talk. He writes a weekly column.

Dixon beats Sato at Gateway in reverse finish of Indy 500

Sun Aug 30 , 2020
Scott Dixon and Takuma Sato had a 20-lap chase for the win Saturday with Dixon reversing the finishing order from the Indianapolis 500 a week ago By KEN ROBERTS Associated Press August 29, 2020, 11:52 PM • 4 min read Share to FacebookShare to TwitterEmail this article MADISON, Ill. — […] 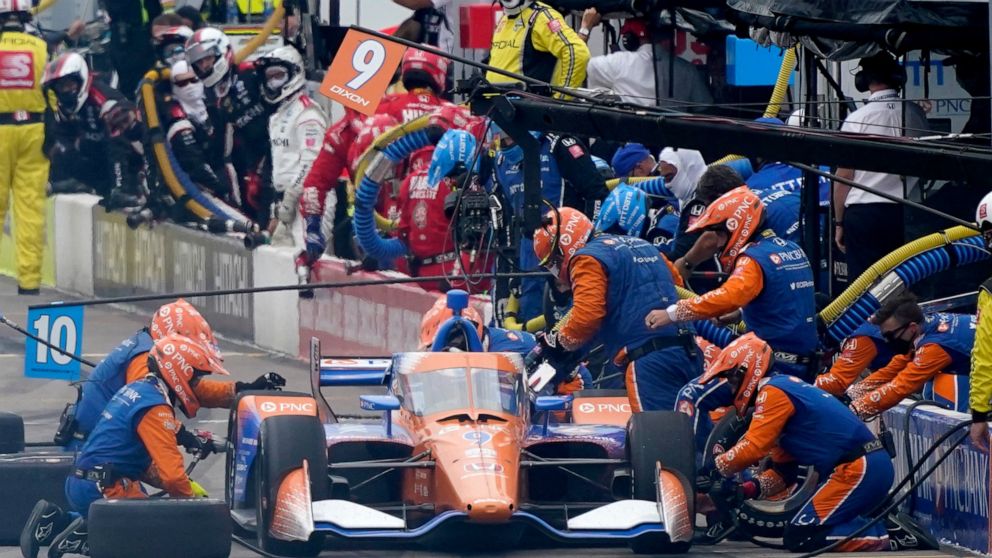