Nyck de Vries has incurred a €5000 fine and been given a five-place grid penalty for exiting his car and pushing it off circuit during the second Berlin Formula E race.

The Mercedes driver suffered a large lock-up into Turn 1 of the reversed-configuration Tempelhof Airport on lap 15 and ran wide before immediately slowing.

He crawled to the run-off at Turn 2 and parked up, before getting out of his car rather than wait for instruction from race director Scot Elkins.

With the car’s green light illuminated, indicating it was safe to push, the reigning FIA Formula 2 champion manoeuvred his Silver Arrow 01 machine to a gap in the barrier.

A full-course yellow was called, while de Vries was assisted by the track marshals – restricted in number following new protocols established by FE following the coronavirus.

By exiting the car without permission, de Vries breached Article 1.6 of the drivers’ briefing notes and Article 30.7 of the FE sporting regulations. For this he was fined €5000.

A further decision was issued for de Vries pushing his car, which read: “The driver of car #17 caused a dangerous situation, when he pushed his car in Turn 2 on the track when other cars were present.”

For the next race on Saturday, which will use the conventional Tempelhof layout, de Vries will carry a five-place grid penalty in addition to having five points added to his race licence – taking his total to eight.

Lucas di Grassi was handed a similar fine after the 2018-19 Sanya E-Prix, when he prematurely left his Audi after crashing out in an incident with Robin Frijns.

By contrast, in Mexico City earlier this season, after crashing in the stadium section, Sam Bird spent the final few laps sat stationary in his Envision Virgin Racing car waiting for the chequered flag following instructions from Elkins to remain in place.

Prior to the stoppage, de Vries had been running in fifth after losing places to di Grassi and Frijns despite his robust defensive moves on corner entry. 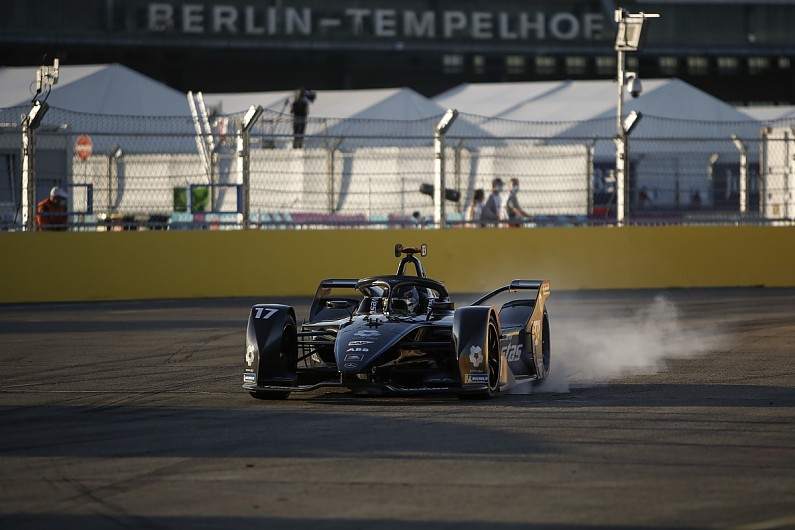 De Vries, who did not yet know the cause of the car failure, said: “We had a competitive start of the day and we put ourselves in a good starting position to have a competitive race. But unfortunately, we lost everything.

“We will obviously look into [the cause of the retirement] and see if we can find out what happened.”

Despite de Vries’ initially strong race, combined with his fourth place on Wednesday, he did not believe he had finally found a rhythm in the series.

“It’s highly competitive and very unpredictable. Every day is different, even though we’re racing at the same track.

“You can’t take anything for granted, so you just have to continue to work hard.”

Thu Aug 6 , 2020
Leading MotoGP riders have admitted Racing Point Formula 1 driver Sergio Perez’s positive COVID-19 test last weekend ahead of the British Grand Prix left them “worried”. Perez was forced to miss the British GP and could sit out this weekend’s 70th Anniversary GP at Silverstone after he was diagnosed with […] 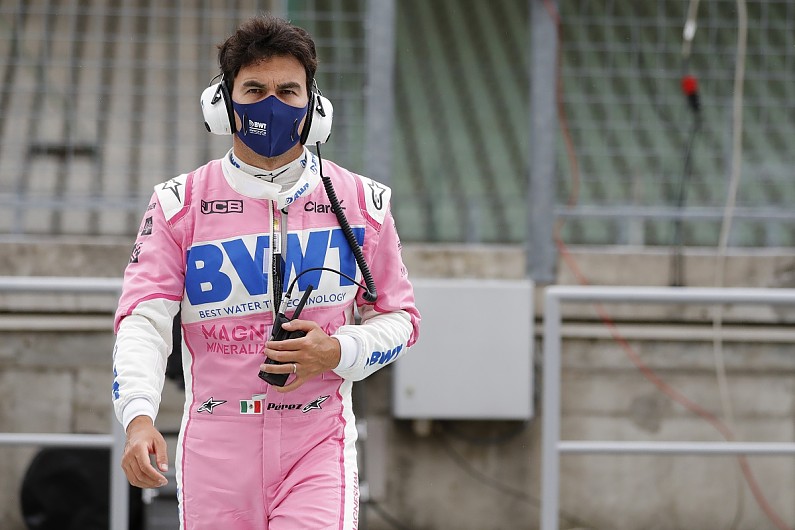