Being president of UFC comes with plenty of responsibilities as well as controversy, two things Dana White is very much familiar with. However, you might not be aware the man is also a big time car nut. His collection of vehicles is impressive.

Considering White is reportedly worth half a billion dollars, the man certainly has the means to get his hands on cars the rest of us only dream about driving, let alone owning.

Proving White has a slice of humility in him, the man has kept his first car, a budget-friendly Datsun B210. While it’s not super sexy or among the rarest rides in the world, the B210 is certainly worth something, although we’re willing to be for White the value is all sentimental.

Like most red-blooded Americans, White loves the simple, explosive performance of a classic muscle car. Spike TV show MuscleCar built a 1971 Plymouth Barracuda 440 for White, and of course it had many custom performance tweaks beyond just the Hemi V8. In fact, the design of the car was penned by none other than Chip Foose. Now all the Mopar fans can brag that another celebrity is one of them. What’s more, UFC commentator and wildly popular podcaster Joe Rogan has a matching Barracuda

Before he made it big with UFC, White had dreamt of owning just one Ferrari, a desire many people can empathize with. That dream finally became reality when he purchased a Testarossa after achieving his first wave of financial success. Previously looked down upon by some Ferrari owners since it was used on TV show Magnum PI (among other reasons), the Testarossa is now enjoying climbing values amidst increasing interest from collectors and enthusiasts who have realize the sports car was actually pretty cool.

Like so many other American men, White is a huge fan of the first-gen Broncos. The simple, straightforward off-roader provides open-air driving fun and can take you just about anywhere you might want to go. They’re also incredibly valuable these days, even examples which are in poor condition.

As a sponsor for UFC, American motorcycle brand Harley-Davidson has enjoyed a stellar relationship with White, who is himself a big fan of the bikes. To show it’s appreciation, HD gifted a custom cruiser to White back in 2014. It has UFC logos on the side and other touches you won’t find elsewhere.

Reportedly after getting a Harley-Davidson, White developed a taste for motorcycles. Rather than getting some little 500cc ride, he went for two big guns: a Ducati and an MV Augusta F4. The Ducati is emblazoned with UFC logos, which might qualify it as a work vehicle?

Adding a touch of luxury combined with performance to his car collection, White also has the four-door version of the BMW M6. It’s sleek and sexy, plus has plenty of power on tap, but he can load the kids in the backseat for a family outing if he so desires. Out of the cars on this list, funny enough this is the one most likely to fly under the radar in public. The Bimmer still drew plenty of attention, including grabbing the eye of UFC Lightweight Champion Khabib Nurmagomedov, who just months after posing with the car bought one of his own. Perhaps White should start getting a commission or endorsement deal from BMW?

Proving that keeping his old Datsun isn’t just a fluke, this factory restomod Defender is an old-school off-roader with plenty of modern perks. A 5.0-liter V8 provides loads of low-end torque for hitting the trails, plus it lets the boxy SUV charge from 0-60 in a shocking 5.6 seconds. Really, it’s no surprise the UFC man has an affinity for a stocky little brawler like this which can dish out and take a lot. And since this is a limited-run anniversary edition of what some view as the definitive trail machine, this is the type of vehicle which will appreciate in value over time since only 150 were made, especially if it’s well-maintained. But you should know White turned this Defender over to his oldest son when he turned 16, so judge for yourself if that’s a good idea or not. His other son only got a BMW M6, which sadly is a downgrade from what his brother received.

White oftentimes can be seen arriving at events in this behemoth luxury American SUV. It’s spacious, loaded with comfort, and has a touch of class without being too uppity, which is probably the balance the UFC boss is shooting for. Usually white has a driver, allowing him to sit behind the deeply-tinted rear windows and conduct business on the go while not attracting too much attention.

After penning a $4 billion deal with UFC, White upgraded his collection by adding a Ferrari F430 Spider. Not only does the Italian stallion look cool, something your average person will immediately notice, it packs quite the punch with a 4.3-liter V8 plus a 3.6-second 0-60 time. And while the estimated price tag of over $217,000 is a lot of money, White no doubt could afford one of the wildly expensive, highly exotic Ferrari supercars. In a way, buying “just” an F430 is a sign of restraint, if you want to look at it that way.

One of the most coveted muscle cars of all time, the ’69 Camaro is iconic. White has said in the past he’s a muscle fan and he obviously likes the muted look this car showcases, thanks to the metallic gray paint paired with black wheels, with blacked-out or deleted trim.

Wed Jul 29 , 2020
⚡️ Read the full article on Motorious We check out some of the most interesting cars up for grabs right now! The classic and collector car market is a fantastically diverse tapestry of vehicles from every breed and era. Delving into the classifieds reveals some real gems waiting to find […] 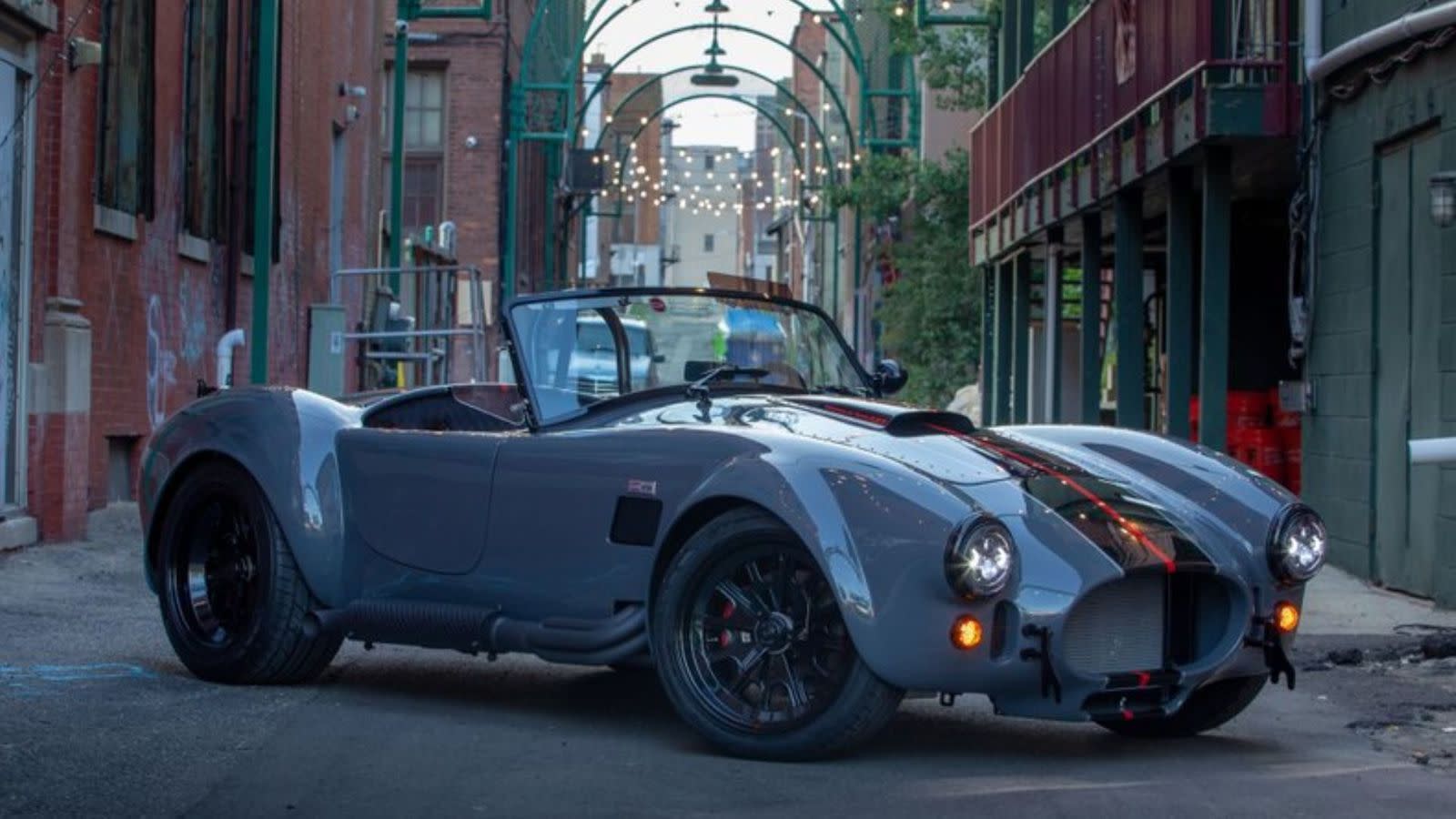