DAMS Formula 2 driver Sean Gelael has been taken to hospital for precautionary checks after being unable to finish the feature race in Barcelona.

Gelael ground to a halt on the final lap of Saturday’s main race with just two corners to go and appeared unable to get out of the car under his own power.

According to a statement by the FIA, the Indonesian driver was helped out of the car by the medical team and was then transferred to a nearby hospital for precautionary checks.

“The FIA advises that an incident occurred during the final lap of the FIA Formula 2 Feature Race today, in Barcelona, involving Sean Gelael,” the statement read.

“The DAMS driver was immediately attended to by emergency and medical crews. He was extricated by the attending medical crew and has been transferred by ambulance to Hospital General De Granollers for precautionary checks.”

The race was won by MP Motorsport driver Nobuharu Matsushita, who recovered from an 18th starting position to take a stellar comeback win in an eventful feature race.

Robert Shwartzman and Guanyu Zhou joined the Japanese driver on the podium, while an unhappy championship leader Callum Ilott had to settle for fifth. 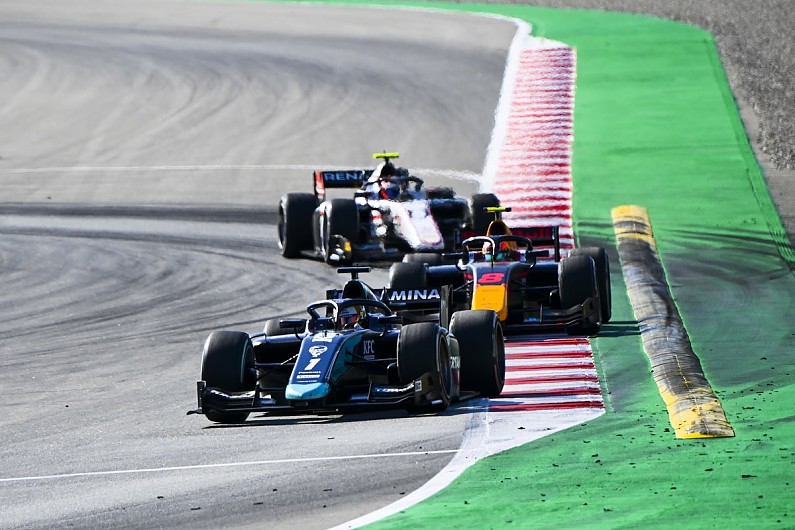 Earlier in the race Gelael was involved in an incident with Giuliano Alesi, which saw the HWA Racelab driver spin and stall to end his race prematurely, but it is not thought to be connected to Gelael’s late race stop.

Gelael has secured two points finishes so far in the 2020 F2 campaign – both coming at the second Red Bull Ring round with 10th place in the feature race and seventh place in the sprint race – and is currently in 17th place in the drivers’ standings.

The Indonesian driver is a seasoned campaigner in F2 having made his debut in the Formula 1 feeder series, under its GP2 Series guise back in 2015, with Gelael an ever-present driver on the grid since 2016. Gelael moved from Prema Racing to DAMS for the 2020 F2 campaign.

Sat Aug 29 , 2020
Photo: Andy Lyons (Getty Images) The Indy 500 ended on something of an anti-climax after a crash with five laps to go ended the 104th running of the event under a yellow flag. Japanese driver Takuma Sato took home his second Indianapolis 500 win after looking incredibly strong during the […]