Formula E champion Antonio Felix da Costa has explained the cause of his penultimate-lap retirement from the fifth Berlin race, which meant he nearly crashed into Sebastien Buemi.

The duo were making progress after a qualifying session in which both drivers failed to set a time after tripping over one another on track and failing to cross the line in time.

They had risen up to the tail end of the top 10 by lap 35 of 36, with Nisan e.dams racer Buemi getting ahead through taking his second 35kW attack mode boost later and passing the DS Techeetah driver into Turn 1.

But da Costa then retired from the race in an incident missed by the TV feed, which he explained as a “full system shutdown”.

He said: “It was a really fun race, to be honest.

“Everyone’s got the hang of the place now so the pace is so similar between everyone and it’s hard to make these crazy comebacks.

PLUS: How an overlooked F1 talent found his true calling

“But we overtook one by one and we were just knocking on the top 10 there.

“On the [penultimate] lap, I just had a full system shut down.

Da Costa added that he had been fortunate not to wipe out Buemi when his brakes failed.

He said: “I lost the rear brakes so I was actually pretty lucky.

“I missed the corner completely because I couldn’t stop the car and I missed Buemi by nothing.” 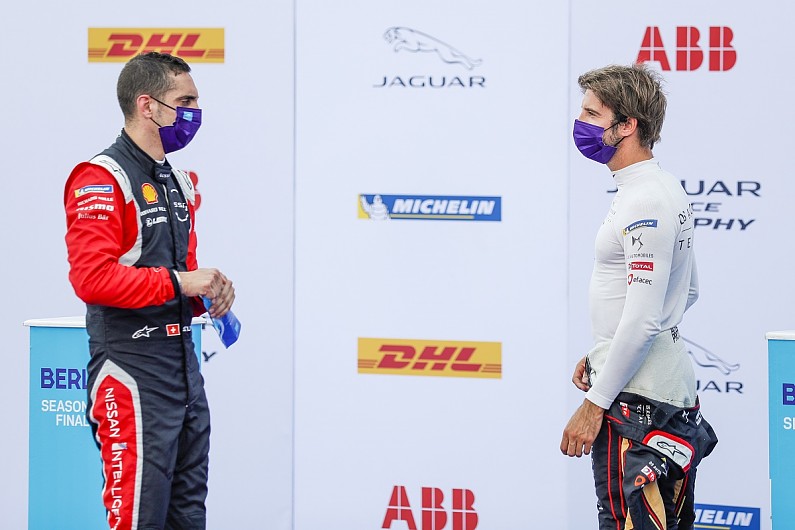 Da Costa also hit out a “blind” Lucas di Grassi, following the pair’s collision into Turn 1 for which the Audi driver was handed a five-second time penalty.

Buemi, meanwhile, hung on to score a point in a race won by his team-mate Oliver Rowland.

The 2015-16 champion cited it as his “best race of the year”, even though he achieved second place behind da Costa in the third E-Prix at the Tempelhof Airport venue.

Buemi said: “I think it’s my best race of the year, definitely.

“I had the pace and I feel like we beat Antonio, the DS Techeetahs, fair and square today.

“That shows that we’ve made a massive improvement throughout the week in Berlin. I really felt very competitive.”

Nissan e.dams were forced to change its powertrain philosophy ahead of the 2019-20 season after its twin-motor configuration was outlawed.

But the team has made sound progress during the five-month coronavirus hiatus to emerge as the biggest threat to successive teams’ title winners DS Techeetah.

Ahead of the final race of the season, Nissan e.dams lies second in the standings and 33 points clear of BMW Andretti in third – having entered the six-race finale only fourth.

Wed Aug 12 , 2020
Andre Lotterer has criticised double DTM champion Rene Rast for a “touring car” move on the final lap of the fifth Berlin Formula E race that cost him a podium. Porsche driver Lotterer was third in the dying stages of the race won by Oliver Rowland for Nissan e.dams, but […] 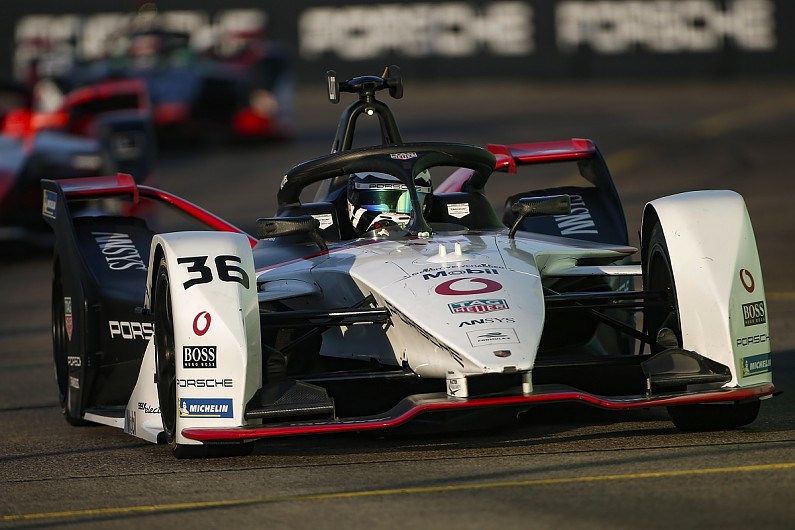