Danny Caine, owner of The Raven Book Store in Lawrence, Kan., thought the store had weathered the worst of obstacles when it managed to stay in business after a giant Borders bookstore moved across the street. Then came the threat from Amazon’s domination of the book-selling business.

Now, Mr. Caine and independent bookstore owners everywhere are grappling with the same problem: How to contain the financial fallout from the coronavirus outbreak.

Just when the industry had started to see a period of stability and strength, independent bookstore owners are bracing for the devastating blow of having to shut their doors and cancel book signings and literary festivals, events that are the lifeblood of their businesses.

Many are finding novel ways to stop the coronavirus pandemic from derailing their businesses — from hosting book groups via videoconference calls to curbside book pickups, where staff members take books to customers in their cars.

Starting Wednesday, Mr. Caine, 33, will no longer allow customers to browse in his shop, and will instead make at-home deliveries or drop off books to customers waiting curbside. He and his team have 25 to 30 deliveries scheduled for Wednesday.

“We’re going to operate like a pizza takeout place,” Mr. Caine said. “We’re going to process an order you called in, but you can’t stay here and eat your pizza, basically.”

He’s brainstorming every idea he can think of to keep sales up enough so that he can continue to pay employees. That includes moving a large-scale literary festival that was scheduled for late April online.

He’s also created a website in which people can donate money to be used to deliver books to people in need. Using donations, Mr. Caine said, he plans to mail four books to a single father of four children who has serious medical problems.

Other stores are deploying similar strategies, like encouraging curbside book pickup. Gavin J. Grant, manager of Book Moon in Easthampton, Mass., said he and his wife, the author Kelly Link, might be able ride out a shutdown for four weeks. But if it lasts two to three months, he added, he thinks they’ll have to close the store.

“If we don’t have income, how are we going to pay the bills?” he asked. “I’m not entirely sure. And if nobody else has income either, they’re not going to be able to buy books and get them shipped.”

The economic fallout from the coronavirus comes at a time when independent stores across the country have seen a resurgence. Print sales had stabilized, and digital audiobook sales had risen. Sales across all tracked categories, including professional publishing and educational materials, rose 1.8 percent in 2019 from 2018, reaching $14.8 billion, according to the Association of American Publishers.

“I feel like if we were able to persevere through the Amazon era, then we’ll get through this,” said Onyew Kim, a manager at A Cappella Books in Atlanta, Ga. “I don’t know how, yet, but I think bookstores have a lot of strength and meaning to the community.”

While the store is closed, Ms. Kim, 29, is delivering books by bike. Her routine? She loads 10 or so books into her bike bag, maps out her route and then cycles around Atlanta — which, in recent days, has had reduced traffic.

Some customers are delighted to see her dropping off books for them and want to chat, while others keep their distance and ask her to leave the books by their front doors.

At Novel, a bookstore in Memphis, Tenn., about 25 people will hold a book group discussion on Wednesday about the book “Station Eleven,” a novel by Emily St. John Mandel, over a Zoom conference call. While the store remains open, there has been lighter foot traffic, and staff members are monitoring the situation and encouraging customers to buy gift cards and to order online or via curbside pickup at the store. For now, sales are holding up, said Emily Draffen, a 31-year-old event coordinator at the shop.

But some independent booksellers were worried that increased sales prompted by community support could be short-lived, and that precautions that had prompted stores to close would end up helping Amazon’s business as more customers order online.

Powell’s Books in Portland, Ore. said it would begin involuntary layoffs after determining the minimum number of employees it needed to keep the online store functioning.

McNally Jackson, an independent chain in New York that said it was “facing down a massive, unprecedented loss in revenue,” is also laying off employees until its stores reopen.

Bookstore owners and employees said they were trying to come up with as many new ways as they could to keep their stores in operation.

“If I spend too much timing thinking about this lasting a couple of months, I think I’ll start losing the ability to have these ideas,” said Mr. Caine, owner of The Raven Book Store. “I’ll be paralyzed by anxiety.”

Sun Apr 5 , 2020
Second grade boy was helping his mom when he was struck on Wayside Drive by two vehicles HOUSTON, TX, (March 04, 2020) – A second  grade student of Elmore Elementary School was tragically struck by two vehicles on Wednesday, March 4. According to a GoFundMe page that was set up […] 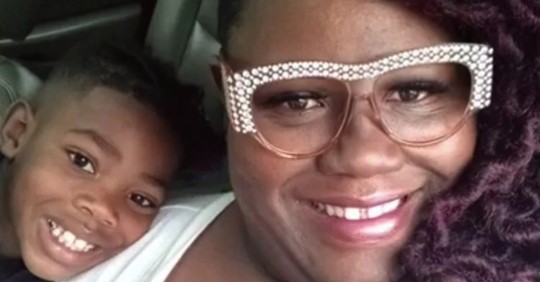