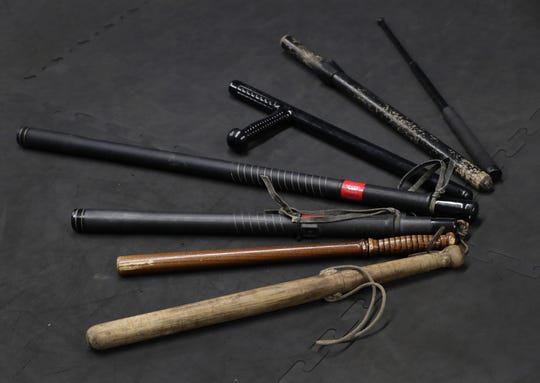 Today’s batch of burning questions, my smart-aleck answers and the real deal:

Question: Just wondering, what ever happened to the good ol’ Billy club? That attitude adjustment tool used by law enforcement officers to calm down recalcitrant law breakers? Seems like a lot of the police shootings could be avoided with a well-aimed strike — without seriously hurting or even killing the suspect. Eons ago I was an MP in the army, and proper use of the club was an important part of our training.

My answer: This is not exactly a topic law enforcement agencies want to sit down and discuss at length over a nicely chilled bottle of wine and some fine cheeses.

Real answer: “The Asheville Police Department (APD) no longer issues or allows officers to carry a ‘billy club,'” spokeswoman Christina Hallingse said. “They have not been used since approximately the 1950s.”

The term “billy club” or “billy knocker” can mean different things to different people, but generally it’s perceived to be a long, wooden club with a handle grip. In short, it’s an old-fashioned police tool that’s out of favor now.

“Our officers are issued a collapsible straight baton,” Hallingse said. “Every law enforcement officer certified in the state of North Carolina receives training in Basic Law Enforcement Training on its use. It is a part of the Subject Control and Arrest Techniques Curriculum.”

APD’s policy dictates that “each officer that carries the baton receive refresher training on our Use of Force Policy as well as the techniques every two years. Only certified instructors, either through the state of North Carolina or the manufacturer’s instructor certification program, can teach these classes.”

The collapsible, or expandable batons, are more practical for officers because they collapse down to about 6 inches and can be worn on an officer’s belt.

I found an interesting article about the history of billy clubs and batons in police work on police1.com

“Baton use declined in the late 20th century as other less-than-lethal options such as Taser weapons and pepper spray became more widely available,” the article states. “Despite their usefulness, many officers have stopped carrying batons because their use often requires more justification than other options.”

The article, by Andre Wong, is titled, “A brief history of modern police batons. The use of straight, side-handle and collapsible batons in modern law enforcement,” and came out in November 2016.

“Mastering the straight baton was once a point of pride for officers, who used them for communication, guiding traffic, and detaining suspects,” Wong writes. “In the Victorian Era, English ‘billy clubs’ were individually decorated with the Royal coat of arms to denote their service to the crown, and often marked with the initials or family crest of the user.”

I also found this fascinating: “Wooden billy clubs, truncheons, batons, espantoons, and fire axe handles were among the first weapons to be issued to law enforcement. They’re still considered by many to be among the most useful and reliable tools carried by police officers.”

Wong noted that officers were discouraged from wanton use of the clubs, but they’ve always been of sturdy design and capable of breaking bones. American police forces adopted the clubs long ago, and they were “so formidable, the implied threat of violence would often stop a fight before it even started,” as Wong writes.

“Unfortunately, overuse of the straight baton created a negative public image for the tool following the Civil Rights movement of the 1960’s,” Wong continued. “Televised images of the police force using their batons on minorities gave it a bad rap, and today, straight wooden batons are no longer standard issue in most jurisdictions.”

Question: Friends who went to walk at the Biltmore Estate very early one day the week of Aug. 18 were initially alarmed by many police vehicles with lights flashing. Then they noticed this was for a parade of very sleek looking sports cars of some kind. Can you find out what this event was, make of the sports cars, etc.? And why the police escort?

My answer: Generally speaking, when I’m driving a sleek sports car, I do everything I can to avoid having cops nearby. OK, the two times I’ve driven sleek sports cars, I did that.

Real answer: Biltmore was a stop on a route traveled by folks participating in a Corsa America Rally, according to estate spokeswoman LeeAnn Donnelly.

“There were 56 different luxury cars in the group, including Lamborghinis, Ferraris, Aston Martins and Porsches,” Donnelly said. “They had a photo shoot in front of Biltmore House, and then the Asheville Police Department escorted them off the property.”

Donnelly said a contact in group sales told her some car groups do this, “mostly to get through traffic in Biltmore Village.”

“From there, she said APD escorted them to Mountain Air in Burnsville for the next leg of their trip,” Donnelly said. “The rally started in New York City and made stops at Greenbrier, Hilton Head, Orlando, Miami, and their final destination, Key West.”

This is the opinion of John Boyle. To submit a question, contact him at 232-5847 or [email protected]

Thu Sep 24 , 2020
There’s a variety of routes at 7stanes Glentress near Peebles making it Scotland’s premiere mountain bike trail centre. There’s also a bike shop, modern cafe and a camping ground to really make a stay out of it. As well as the tougher tests, there are two easy routes, perfect for […] 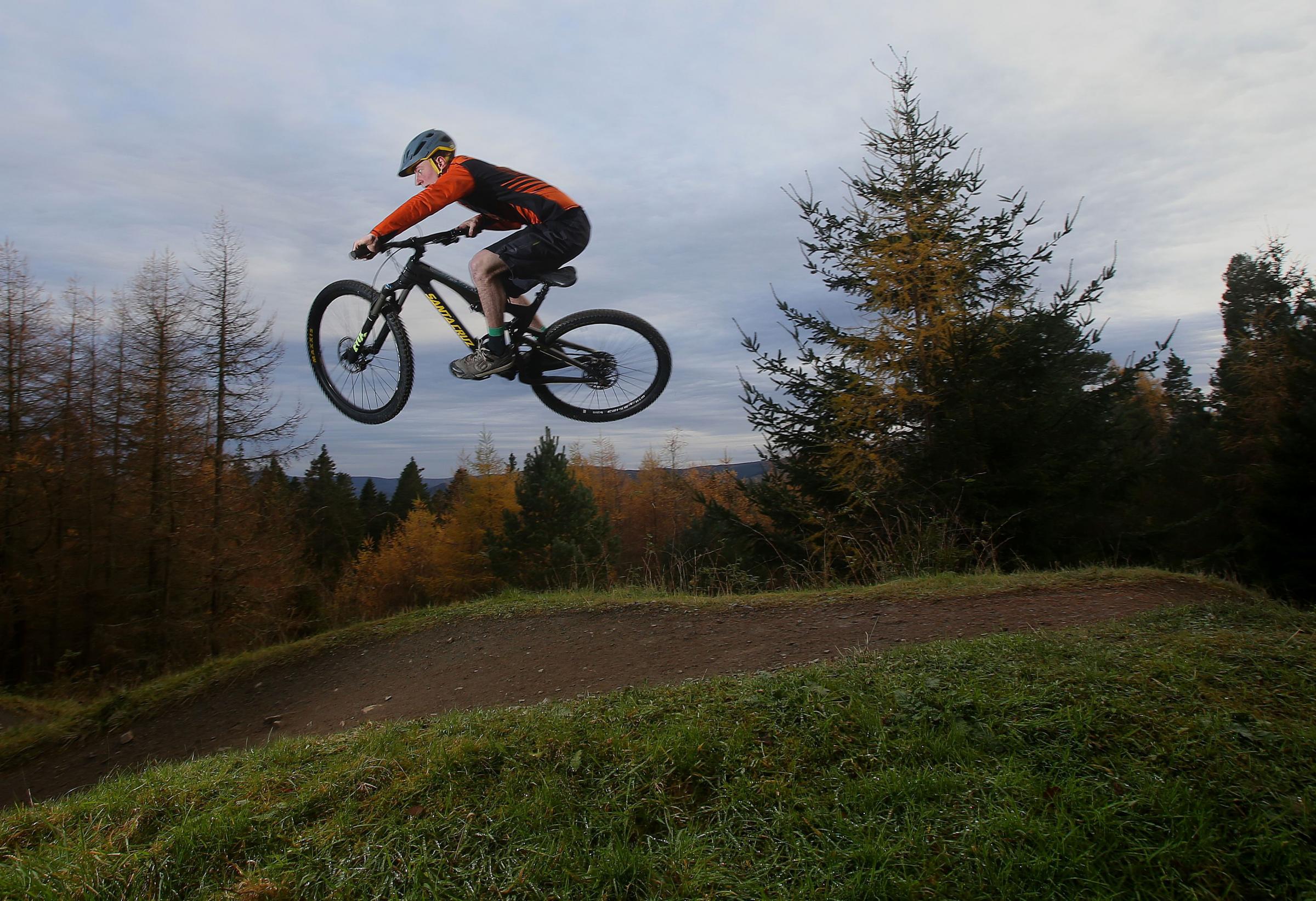