Formula 1 celebrated its 70th anniversary last month at Silverstone, but it’s also a momentous year for Autosport too. On the anniversary of Autosport magazine’s very first issue in 1950, we look back at how it began

“It will be our aim to publish details of every event and item of news that is bang up-to-the-minute. Space will be devoted to every aspect of the Sport, from the Grandes Epreuves, to the most unambitious of local club events. We shall feature personalities, their activities and their cars.”

That is how Autosport founding editor Gregor Grant introduced the magazine 70 years ago this week, in the inaugural issue on 25 August 1950. In the intervening seven decades, some elements have come and gone (and come back again) – such as the coverage of trials, sprints and drag racing, and road car tests – but the core of international and UK circuit racing, and top-level rallying, remains.

The first issue was 36 pages long, on paper smaller than today’s A4, nearly 29 of which would be regarded as editorial rather than advertising/commercial. It dedicated space to previewing Silverstone’s Daily Express International Trophy meeting, myriad club events, a debate comparing independent suspension with cart springs – and even a page to Bob Gerard’s ERA making a pitstop!

With the help of industrialist and racer Dennis Poore, the enthusiastic Grant had succeeded in getting Autosport going. He enlisted a number of regular writers and photographers from around the country, perhaps the most notable of which was John Bolster, who would remain technical editor until his death in 1984.

Despite – or perhaps because of – the restrictions on everyday life in the aftermath of World War Two, Autosport gradually established itself, though it took some time for the size of each issue to grow significantly and for Autosport to get onto a sound commercial footing.

As second editor Simon Taylor noted on our 60th birthday, Grant (pictured below at the 1960 Dutch Grand Prix with Jack Brabham and John Cooper) “shrewdly realised that, as the world returned to normality, interest in motorsport would grow”. It’s a sentiment not too far removed from the comments of many since racing has resumed following the COVID-19 pandemic.

Grant’s role was key in establishing the title, both in terms of his contacts throughout the sport and the news, or gossip, he would gather. “Some of Gregor’s stories would turn out to be wildly untrue, but by no means all of them, so Pit and Paddock could never be ignored,” recalled Taylor in 2010. 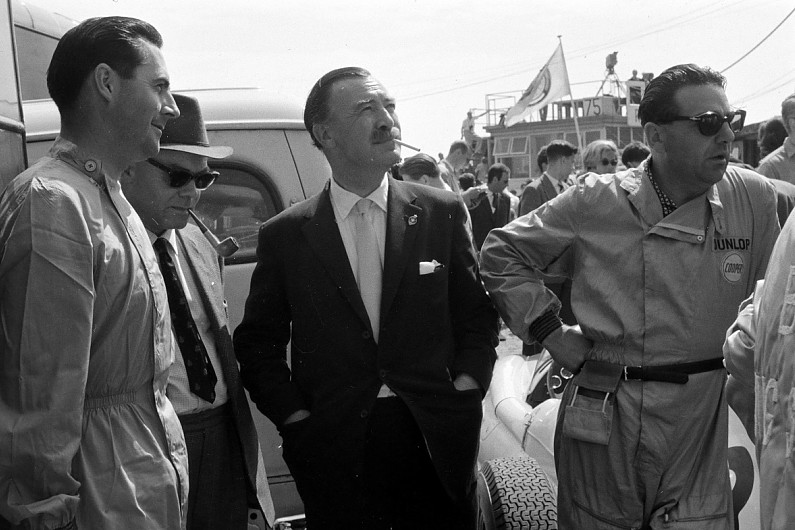 Reports and photos would arrive by train on Monday morning and the magazine would be produced by letterpress machines with type set on hot lead and photos reproduced by copper plates. Cyril Posthumus, the first full-time member of the editorial staff, made sure it went to press, which included going to the printers on his motorcycle. The process is largely digital now, with pages designed, checked and sent online, but the Tuesday night deadline remains.

There was a paper crisis shortly after the magazine launched and subsequent challenges have included printer strikes, the three-day working week in 1974 and recent coronavirus pandemic, which forced a two-month pause in production.

One of the biggest milestones came when Michael Heseltine bought the magazine, making it part of Haymarket. Within months Grant was gone and Taylor had became editor. Other important figures included grand prix editors Pete Lyons and Nigel Roebuck, Quentin Spurring – who had two stints as editor totalling a decade – and Peter Foubister.

As editor and later publisher, Foubister helped bring in computers, turned the annual awards feature into the star-studded Autosport Awards, and joined forces with McLaren boss Ron Dennis in 1989 to create the McLaren Autosport Young Driver of the Year Award, which continues today as the Aston Martin Autosport BRDC Young Driver of the Year Award. Laura Coppin, one of Autosport’s longest-serving figures, was crucial in making the Awards successful, and the Autosport International show also became a key part of the business.

As the popularity and exposure of motorsport increased during the 1980s and 1990s, so did Autosport’s reach. Staff numbers grew and the magazine regularly ran to 90-100 pages, sometimes more, though it did not go fully colour until well into the 1990s. The successes of Nigel Mansell, Colin McRae and Damon Hill – as well as the tragic events of the 1994 San Marino Grand Prix that brought the sport to new people – helped increase its momentum.

The rise of the internet presented both challenges and opportunities. Aside from in the club-racing sphere, Autosport.com, which arrived in the late-1990s, has largely taken over news coverage from the magazine. The print product, in turn, has increasingly focused on interviews, analysis and opinion – or the hows and whys rather than the whats and wheres. 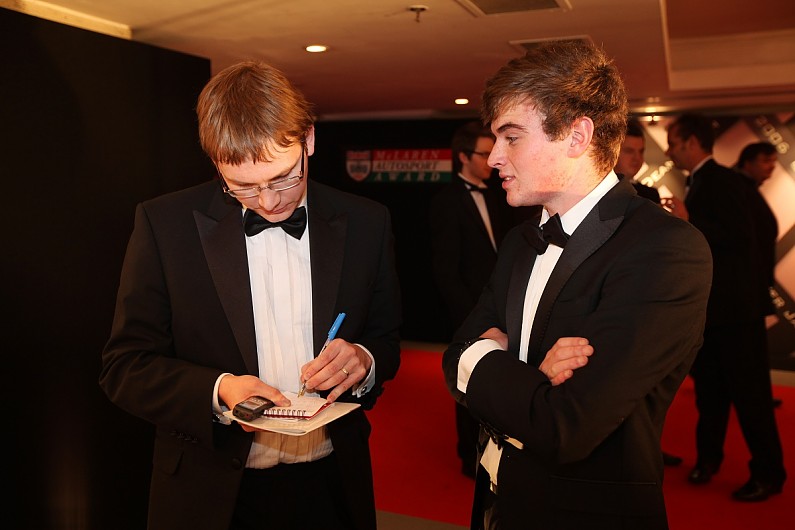 Special issues, focusing on particular golden eras of the sport, such as Group C sportscars and Super Touring tin-tops, became regular features in the 2010s, while the launch of the Performance, Engineering, Historics and National sub-brands – in both magazine supplement and online forms – have helped Autosport increase its breadth for readers and its offerings to commercial partners.

Autosport became part of Motorsport Network in 2016, which brought fresh challenges and opportunities. The Autosport Podcast, for example, has grown to become a regular element of our coverage, including many staff members, guests and categories.

It would be ridiculous not to acknowledge the current challenges to the print industry. Readership has gradually fallen this century – though offset by online success – and the events of 2019-20 have made life tough for many businesses, including Autosport.

Nevertheless, the enthusiasm, dedication and commitment of the staff to cover the brilliant and eclectic events of motorsport to a high standard remains. We would like to thank Grant, his successors, staff members past and present, and all the readers for allowing us to indulge in our passion as part of Autosport’s incredible story.

We hope you’ve enjoyed the ride – and will continue to do so. 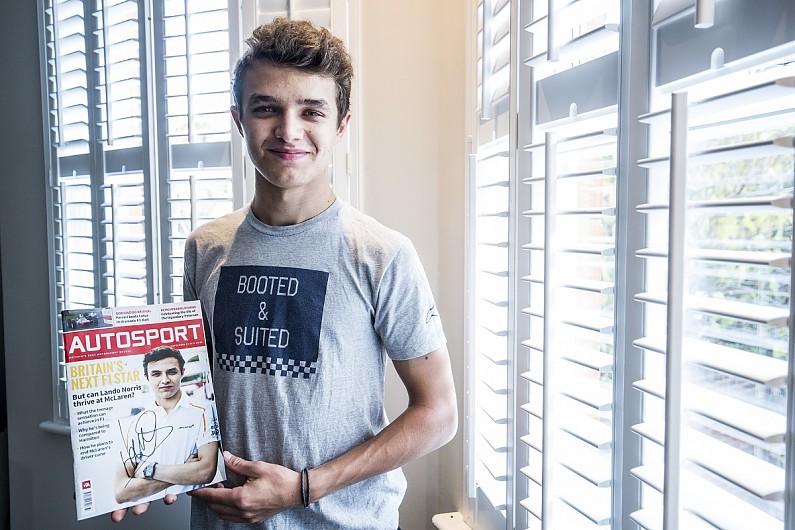 Tue Aug 25 , 2020
Spencer Pigot says he has full recollection of the enormous shunt that ended his Indianapolis 500 and caused the race to end under caution. Driving the third Rahal Letterman Lanigan entry under the Citrone/Buhl Autosport banner, Pigot was running 15th on lap 194 when the rear of his car slid […] 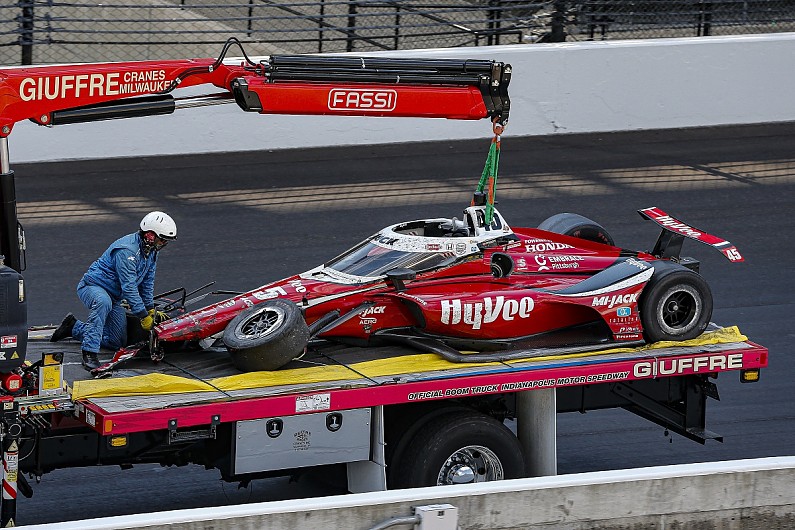