Local driver Hill had a nightmare opening round at Donington Park, where he suffered a double engine failure, so arrived at his home circuit carrying no success ballast on his old-spec FK2 Civic Type R.

Hill put the AmD-run machine top of the opening session by 0.139 seconds from the latest FK8-model BTC Racing Honda of Tom Chilton, then blitzed the second period to go 0.463s clear of the Team Dynamics-run works Civic of Dan Cammish.

“The engine is a lot better – Swindon [supplier of the TOCA spec powerplant] are doing their best to make sure we don’t have the same issues as we had at Donington, and it performs as well as possible.

“If I’m being totally honest, I don’t think we thought the car would be that good.

“We did a qualifying sim [in FP2][, a two-lap run, and I made a big mistake at Sheene Curve and dropped a wheel in the dirt, which knackered me at Clearways.

“But oh my God, this thing is working a treat – big thanks to the team, who have worked tirelessly and given me an excellent car.”

Despite carrying 54kg of success ballast, Cammish has been on the pace all day, improving from fifth in the opening session to go second later on.

The Excelr8 Motorsport Hyundai of Senna Proctor impressed in both sessions, with Proctor one of the most spectacular drivers and ultra-fast in the quick corners on the Grand Prix Circuit loop.

From fourth in the opening session, Proctor improved to third in the lunchtime period. 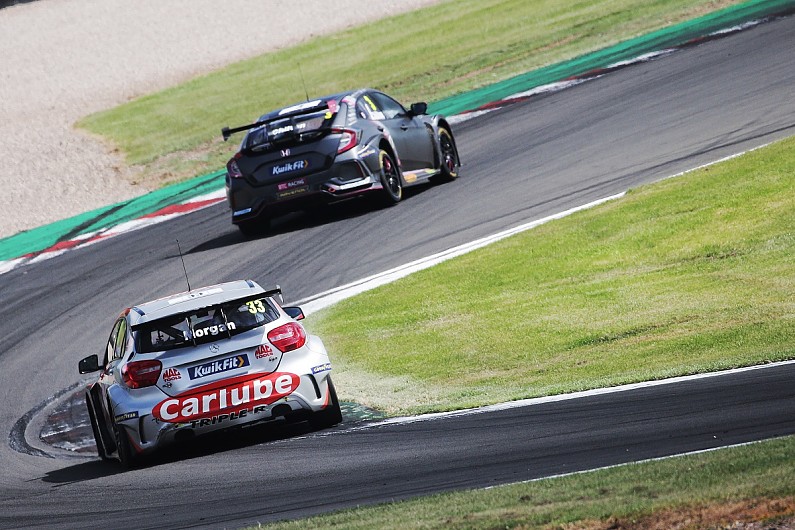 Adam Morgan, carrying a limited 12kg of ballast on his Ciceley Mercedes, was fourth fastest overall, while Chilton’s morning time was good enough for fifth.

Chilton entered the weekend as one of the favourites for pole in his unballasted Civic, but made a mistake at Graham Hill Bend on his quickest lap in the second session and was puzzled that the car was not working as it should as temperatures heated up.

Rory Butcher’s third-fastest morning time was good enough for sixth overall in his Motorbase Performance Ford Focus – his second session ended early when a puncture pitched him into the Clearways gravel.

Tom Ingram was seventh overall in the Speedworks Motorsport-run Toyota Corolla, while smooth-driving championship leader Colin Turkington’s morning time left him eighth in the West Surrey Racing-tended BMW 330i M Sport, which is carrying the maximum 60kg of ballast.

The sister BMW of Tom Oliphant improved in the second session to take the ninth best time overall, with the second Dymamics Honda of Matt Neal completing the top 10.

Race-winning last-to-first Donington hero Ash Sutton was 13th in the opening session with the Laser Tools Racing Infiniti Q50, and then exited the second period early doors due to a broken heat exchanger.

There was just one red flag, which came halfway through the opening session to retrieve the Trade Price Cars Audi of Bobby Thompson, who had gone off due to adjusting his brake bias too far to the front.

Tue Aug 11 , 2020
Ferrari has praised Mick Schumacher’s Formula 2 progress this year, but says it needs to see more from him before it can consider moving him up to Formula 1. Schumacher, who is part of Ferrari’s young driver programme, is currently fourth overall in the F2 standings on the back of […] 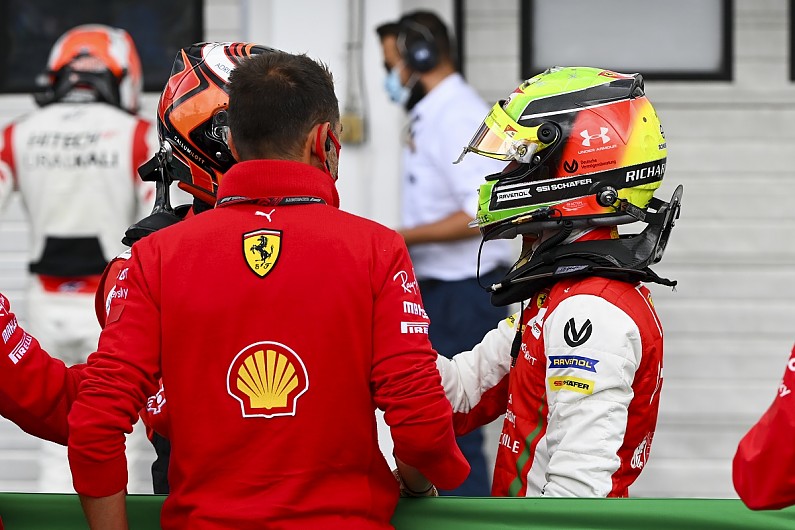