Valtteri Bottas says making up a “deficit” with his Mercedes Formula 1 car set-up in qualifying was the key to taking pole position for the 70th Anniversary Grand Prix.

Bottas managed to deny Mercedes team-mate Lewis Hamilton back-to-back pole positions at Silverstone by going six-hundredths of a second faster with his final lap in Q3.

It marked an impressive turnaround for Bottas, who had finished three-tenths of a second adrift of Hamilton in qualifying for the British Grand Prix last Saturday at Silverstone.

“From last weekend to this week, we’ve been just working on everything that we can improve with the car, and also for us, me and Lewis driving-wise, we’ve been trying to find more,” Bottas said.

“We’ve been able to in terms of the set-up, and at least for me, driving-wise, find a bit more. The same process goes throughout the weekend, so we’ve been able to go in the right direction from the beginning of this weekend until qualifying.”

PLUS: The “copy-paste” deal aiding a title protagonist’s focus

Bottas said after practice on Friday that he felt on a much better footing going into the race weekend compared to last week, and explained after qualifying there was also a one-lap set-up deficit he had worked on.

“Of course I can’t go too much into set-up details, but we’ve been able to improve the car set-up for me,” Bottas said.

“I had a slight deficit last weekend in qualifying, just in terms of the direction I went. I don’t think it was a bad race car, but I hope now it’s optimised for both [qualifying and the race].

“Between the races, we analyse everything from the race weekend, set-up, my driving, in qualifying and in the race. I try to do it better, and at least today, I managed to do some things better than I did last weekend.

“It’s pretty standard process to be honest. I don’t want to go into details of the set-up, but it was definitely better in qualifying today than a week ago.” 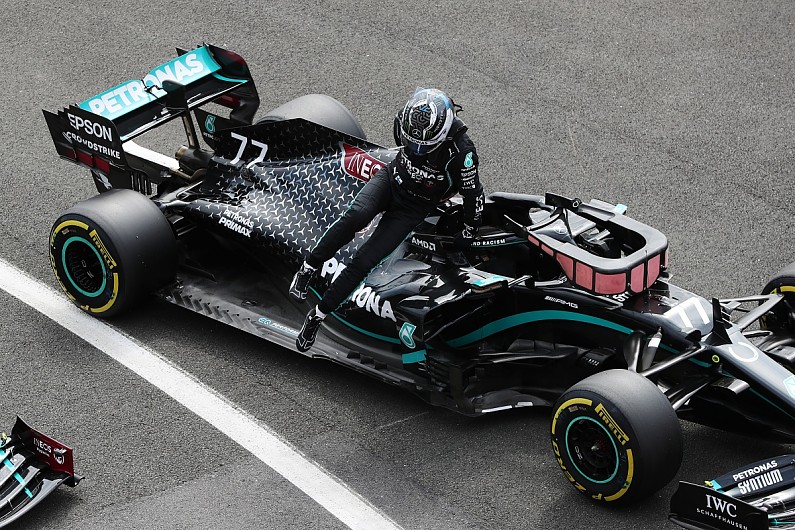 Tyre wear was a concern for all drivers through qualifying, with many finding the soft compound was not lasting long enough, even for one-lap runs in Q3.

Bottas ultimately switched to medium tyres for his final run to pole position, and will also start on the yellow-ringed compound in tomorrow’s race.

But the Finn said he did not anticipate being able to complete tomorrow’s race on just one stop, given Pirelli’s decision to offer a softer selection of tyres than last weekend at Silverstone.

“One-stop could be quite difficult here with the compounds we have this weekend,” Bottas said.

“I think things are going to be a bit different to last weekend in terms of strategy. I’m sure the guys will be looking at all their options overnight.

“Obviously myself, the expectations for tomorrow, there’s nothing more than to win the race when you start from the pole.”

Sat Aug 8 , 2020
Defending Formula E champion Jean-Eric Vergne says his only job is to help team-mate Antonio Felix da Costa win the title now his own chances are “gone”. The DS Techeetah driver scored only a single point from the two races on the reversed Tempelhof Airport circuit to fall from eighth […] 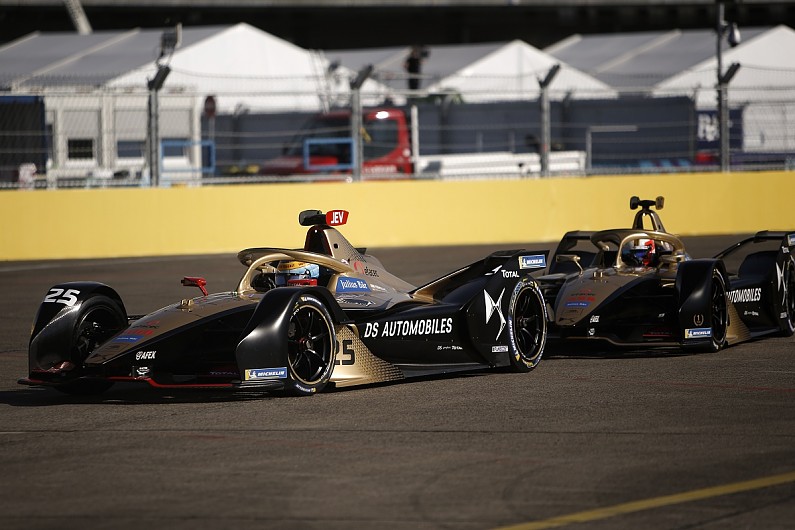