Ryan Blaney is hopeful a breakthrough win at Talladega can “open the floodgates” to further triumphs as he continues to emerge as a NASCAR Cup Series title contender.

The Team Penske driver made it consecutive wins at Talladega’s superspeedway on Monday, to break his victory drought despite being one of the most consistent performers this season, tied with the most top-five finishes (seven) to rank third in the series standings.

Ryan Blaney has been every bit a contender for race wins as his Penske team-mates Joey Logano and Brad Keselowski this season and after ending his winless run he’s confident more will follow.

“Nice to finally break through, get the first one of the year. Hopefully, this opens the floodgates here and we can get on a roll,” he said.

“This team has been awesome. They’ve been so much fun to work with all year.

“The whole year really, but the past month-and-a-half has been really good for us. We’ve had some really good runs.

“We’ve had really fast cars, had a chance to win I feel like every race the last month-and-a-half. It just really hasn’t fallen our way.

“We just haven’t been in the right place at the right time or not been quite fast enough.”

With Blaney’s first win of the season coming at one of NASCAR’s most unpredictable tracks, he is proving to be quite capable at adapting during races to charge to the sharp end when it counts.

“Coming [to Talladega], you just don’t really know your outcome,” he said.

“You don’t really know how things are going to be. You can’t work on your car really too much to get better throughout the race.

“You don’t control your destiny a whole lot like other race tracks.

“It is a little funny. We’ve been knocking on the door all year, and it just happened to be here.” 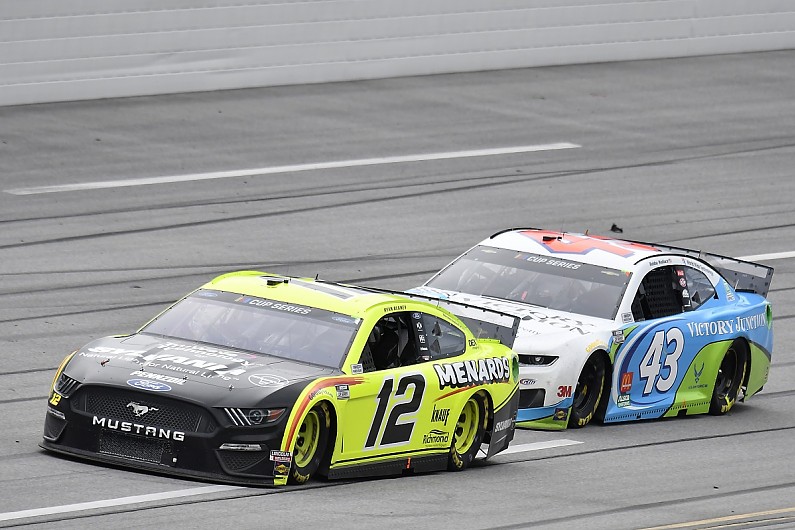 While superspeedway racing involves many factors out of a team or driver’s control, Blaney still seems to have found a knack at mastering its intricacies.

Monday’s win was his second consecutive at Talladega and in his last three superspeedway races, he’s finished first, second and first, including his runner-up finish in this year’s Daytona 500.

With all three Team Penske drivers having taken victory in 2020, the squad’s organisation shake-up earlier this year has proven to be a success, having swapping crew chiefs and crews among its three drivers.

Todd Gordon, who had been Logano’s crew chief since his arrival at Penske, moved to the No. 12 to work with Blaney and since the pair haven’t missed a beat.

“You saw him battle back, knew what he had. He knew he had speed, he overcame, came back to the front. We’ve seen that a lot this year,” Gordon said of Blaney’s performance at Talladega.

“Back at Martinsville, we drove through the field twice to finish second. He could have gotten down and he hasn’t.

“He’s done a phenomenal job of staying engaged and leading us, telling us what he wants, talking through things, staying focused on the big prize.

“He’s exceeded my expectations and I can’t wait to see what we can do the rest of the season.”

Wed Jul 29 , 2020
Formula 1’s paddock will look completely different at its first races back with tents and awnings replacing motorhomes, and team trucks further away from garages. As part of a move to limit the number of staff needing to attend, F1 has agreed with teams that the usual motorhomes that are […] 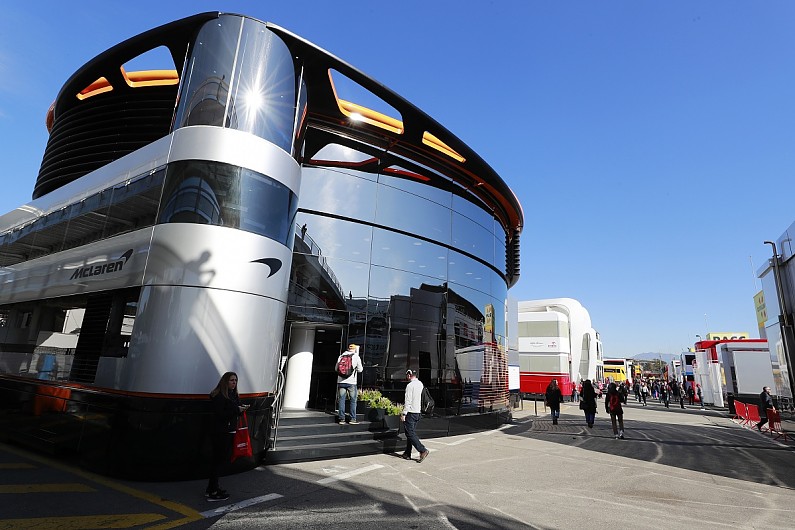