Defending Formula E champion Jean-Eric Vergne smashed his rivals to pole by half a second in Berlin as points leader and team-mate Antonio Felix da Costa could only manage ninth.

A brilliant last run in superpole, where he was fastest in all three sectors, secured him a 1m06.277s effort to pull out a 0.495s advantage over BMW Andretti driver Maximilian Guenther.

Vergne qualified second to da Costa for the first race on the reversed Tempelhof Airport circuit on Wednesday but was a distant eighth for the Thursday E-Prix.

But he responded brilliantly on Saturday, topping the group two runners and taking provisional top spot by 0.3s before then converting his advantage in the top-six fight to score his 11th series pole.

Jerome D’Ambrosio headed an impressive session for Mahindra Racing with third place, capped off by his strong form all-day in the final sector that retrieved him a tenth after a sloppy opening split.

Mercedes driver Stoffel Vandoorne led the way in group one over da Costa, but a huge lock up into Turn 6 added to a wall touch exiting Turn 9 consigned him to a fourth-place start after his superpole run.

Alex Lynn – D’Ambrosio’s team-mate – continued his sterling one-lap pace as he progressed from group four to superpole, but he took too much kerb at Turn 9 to fall 0.9s off the pace after Vergne’s flier.

That transpired through Turn 7 as he suffered a big spike of oversteer and then ran wide at the Turn 9 hairpin to end up 0.903s adrift.

With Porsche driver Andre Lotterer the first out of the top-six shootout in seventh, he headed Mercedes’ Nyck de Vries who was out early on track in group two but glanced the wall exiting Turn 4.

Despite the overstep, he was a provisional fifth to demote runaway points leader da Costa out of superpole running. 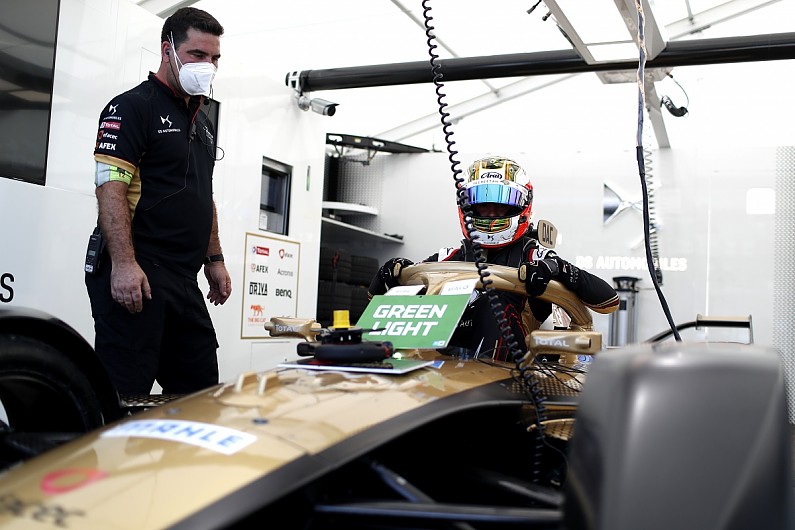 DS Techeetah driver da Costa (above), who won both races on the reversed Tempelhof circuit, made a Turn 6 mistake to finish 0.224s off group one pacesetter Vandoorne – with team boss Mark Preston reporting that a mandated 0.1-bar reduction in tyre pressure had hurt his driver overnight.

Oliver Rowland completed the top 10 for Nissan ahead of Lucas di Grassi and a scruffy but quick lap for Dragon Racing pilot Serge Sette Camara.

Felipe Massa’s slow opening sector undid all his hard work over the remainder of the lap to line up 13th for Venturi Racing ahead of team-mate Edoardo Mortara.

Sebastien Buemi, second for Nissan e.dams on Thursday, was just 15th ahead of another poor run from BMW Andretti contestant Alexander Sims.

A 17th place for James Calado meant for the first time on pace – not due to a team error – he outqualified Jaguar stablemate Mitch Evans.

Evans reported a “smooth, clean” lap and was surprised to wind up so far down the order, having been a clear title contender in second place prior to the season resumption.

Sam Bird was ranked down in 20th for Envision Virgin Racing after getting stuck behind Vandoorne on his flying lap in group one.

Sat Aug 8 , 2020
Esteban Ocon has been handed a three-place grid penalty for Formula 1’s 70th Anniversary Grand Prix after blocking George Russell during qualifying on Saturday. While passing a slow-moving Antonio Giovinazzi, Renault driver Ocon was caught out on the racing line as Russell came through on a hot lap during Q1 […] 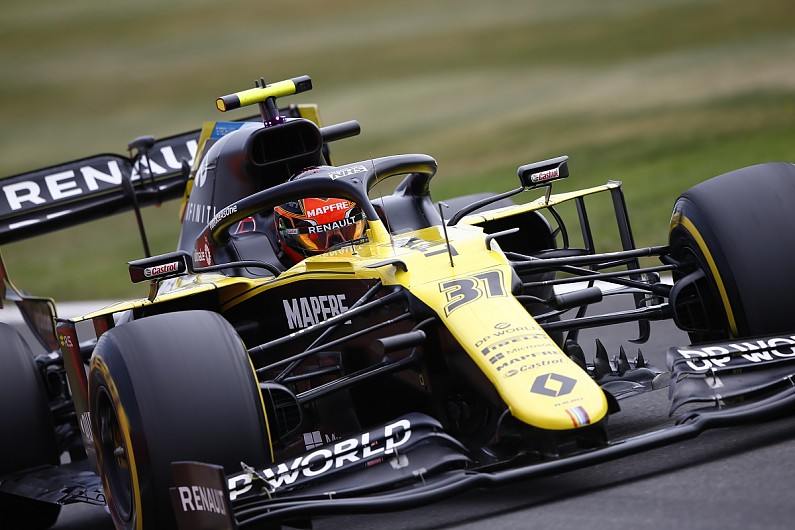