Bentley will defend its Intercontinental GT Challenge points lead over the remainder of the series, despite axing its factory assault with M-Sport back in June.

The British manufacturer has announced a new customer programme that will reunite the winning Bentley Team M-Sport crew of Jules Gounon, Maxim Soulet and Jordan Pepper from the Bathurst 12 Hours IGTC opener in February over the final three events of what is now a four-round series.

The trio of factory drivers will race together in a Bentley Continental GT3 run by the K-PAX team when the IGTC resumes with the new Indianapolis 8 Hours fixture on 4 October and again at the rescheduled Spa 24 Hours round later in the month.

They will then switch to a car fielded by M-Sport for the series finale in South Africa, the Kyalami 9 Hours on 22 November.

The Flying Lizards-run K-PAX squad is rejigging its GT World Challenge Europe Endurance Cup driver line-up for Spa on 24/25 October, which this year will be a 25-hour race, to allow the winners of the opening IGTC round at Bathurst in February to race together.

Pepper, who is normally teamed with Alvaro Parente and Andy Soucek, will swap seats with Rodrigo Baptista.

Bentley Motorsport boss Paul Williams told Autosport: “K-PAX has always been keen to compete in the IGTC, but not against a factory Bentley team.

“At the same time M-Sport was saying to us that for them not to go racing this year was a problem.

“We had various proposals and after a lot of toing and froing we’ve managed to put a customer programme together that allows us to keep racing in the IGTC with a team of works drivers.

“We support teams like K-PAX with factory drivers and it will be a similar situation with M-Sport — this is nothing like a fully-paid factory programme.”

Five Continentals — the pair of K-PAX entries, two from the French CMR squad and Team Parker Racing’s Bentley junior programme car — will be registered to score IGTC points at Spa.

M-Sport will also field a second car at the Kyalami IGTC finale with an as-yet-unnamed line-up.

The factory Bentley campaign with M-Sport was put on hold for the remainder of 2020 in June to allow the British marque to focus its resources on its customer GT3 programme.

A factory team run by M-Sport, which develops and builds the Continental racer, has been part of Bentley’s GT3 programme since its return to racing with the car in 2013.

The first provisional entry for the Indianapolis event, which now shares the bill with a pair of IndyCar rounds on the Speedway’s road course, lists 22 cars.

The figure, which includes nine GT3 entries, compares with the 20 cars that started last year’s North American round of the IGTC at Laguna Seca.

Fri Sep 4 , 2020
Mercedes is working on a solution to avoid a repeat of the numb leg problem that Valtteri Bottas experienced during the Belgian Grand Prix. The Mercedes Formula 1 driver reported towards the end of last weekend’s race at the Circuit de Spa-Francorchamps that he was feeling some numbness in his […] 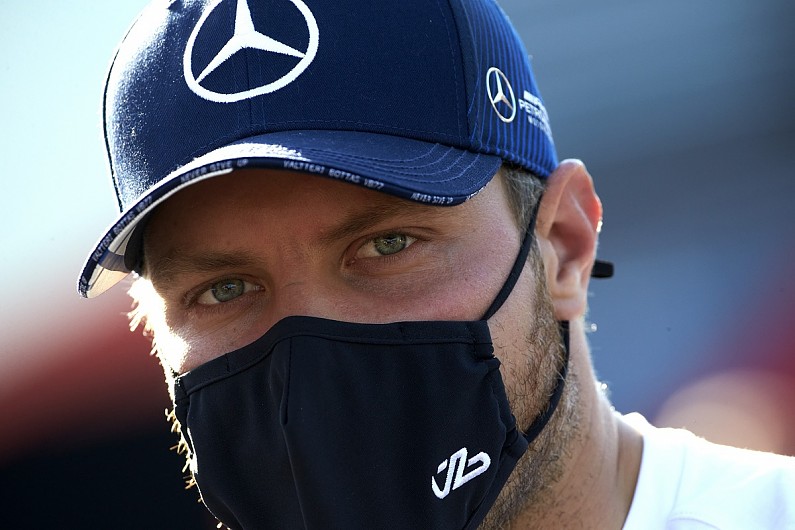