Lewis Hamilton’s pole position lap for the Styrian Grand Prix gave another timely reminder of his wet-weather prowess on a day Formula 1 needed patience with the appalling weather.

After the final practice session at the Red Bull Ring was washed out, there were very real fears that qualifying on Saturday afternoon might also fall by the wayside as the forecasted storm delivered torrential rain.

But after a 45-minute delay from its scheduled start time, qualifying got underway in challenging conditions with drivers reporting poor visibility and aquaplaning.

With Mercedes team-mate Valtteri Bottas hampered by a brake problem, Hamilton blitzed to pole by 1.2 seconds from Red Bull’s Max Verstappen, which he later said reminded him of his famous win in similarly wet 2008 British GP.

In the latest edition of the Autosport podcast, Grand Prix editor Alex Kalinauckas is joined by F1 reporter Luke Smith to discuss Hamilton’s 89th career pole, George Russell’s stirring drive to the 12th fastest time for Williams and another difficult day for Ferrari.

Wed Jul 29 , 2020
Mercedes is braced for a fiercer challenge from Red Bull in Hungary, with team boss Toto Wolff feeling “100% convinced” the slow-speed layout will play to its rival’s strengths. Mercedes has surged into a healthy lead in the Formula 1 constructors’ championship after winning the opening two rounds of the […] 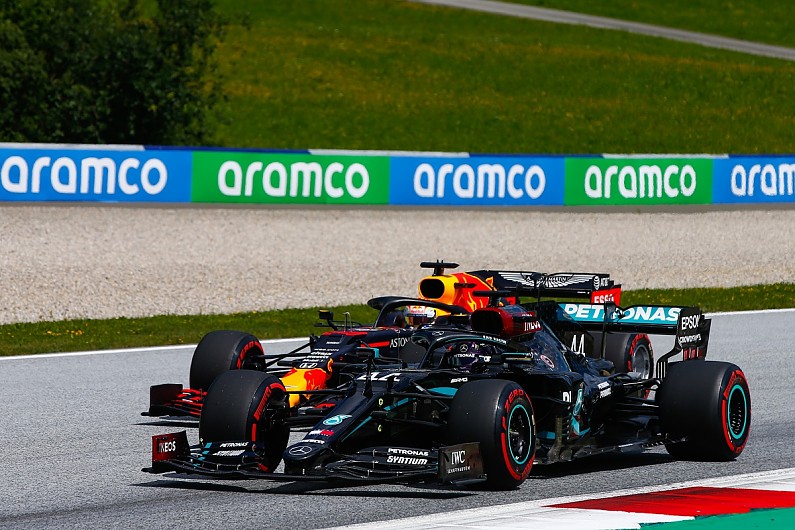