Formula 1 made its much-anticipated return in style with an eventful Austrian Grand Prix as Valtteri Bottas weathered a storm to score victory for Mercedes.

In a race filled with attrition that saw just 11 cars reach the finish, some late incidents shook up the midfield order while Mercedes was left sweating on a gearbox issue on both of its cars.

Bottas managed to hold on for victory, leading all 71 laps, but team-mate Lewis Hamilton was hit with a time penalty following a clash with Alexander Albon, dropping him from second to fourth.

This promoted both Charles Leclerc into second place, ending a miserable weekend for Ferrari on a high. Leclerc’s result came at the end of a painful weekend for Ferrari, with outgoing team-mate Sebastian Vettel spinning out during the midfield battle as the team’s weaknesses were exposed.

Hamilton’s penalty also paved the way for Lando Norris to snare his maiden F1 podium, turning in a rapid final lap to grab third place and spark wild celebrations for the McLaren team.

In the Austrian Grand Prix review edition of the Autosport Podcast, Grand Prix Editor Alex Kalinauckas is joined by Jonathan Noble, Luke Smith and Jake Boxall-Legge to recap all of the storylines from F1’s comeback weekend.

Wed Jul 29 , 2020
Charles Leclerc says he is “99%” sure that Ferrari is going to face a more difficult Formula 1 campaign in 2020 than it had last year. Having elected to revamp its SF1000 car after its disappointing pre-season testing performance, Ferrari is facing a struggle until the changes take effect for […] 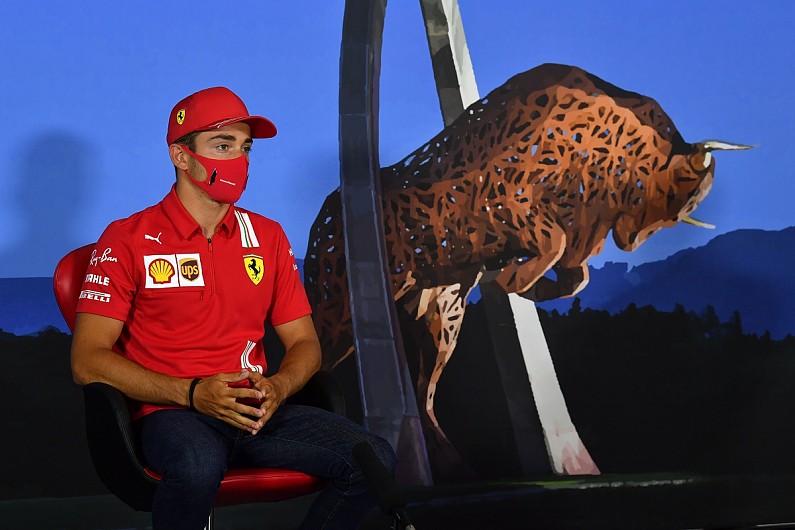