Fernando Alonso will soon embark on a stint at Renault after time away from Formula 1 racing, but it won’t be the first time, having sat out the 2002 season as Renault’s tester after his impressive debut for Minardi in 2001. He spoke to Autosport’s ADAM COOPER as he prepared for his first season racing for the team in the 12 November 2002 issue of the magazine

Fernando Alonso has a lot to live up to in 2003. The Spaniard is expected to have the sort of impact at Renault that Kimi Raikkonen had at McLaren this season. With the top three teams maintaining their driver line-up, Alonso’s arrival at the next best squad represents the most significant change to Formula 1’s entry list.

Alonso spent this season biding his time as a Renault test driver. But, with team boss Flavio Briatore masterminding his career, there was little doubt that he would eventually land a Renault race seat.

Nevertheless, taking the year off was a major step for a young guy. You could argue that someone at the start of their career can afford to tread water, but when you’re only 21, the 16-month wait from Suzuka 2001 to Melbourne 2003 must seem endless.

On grand prix weekends Alonso spent a lot of time watching Jenson Button and Jarno Trulli drive the car he was helping to develop.

“Too much time!” he says with a smile. “It’s a little bit frustrating for any racing driver to be in front of the TV watching practice, qualifying and the race. But it was good for my career and my future to be test driver this year, and next year I will have the opportunity to be in the car.” 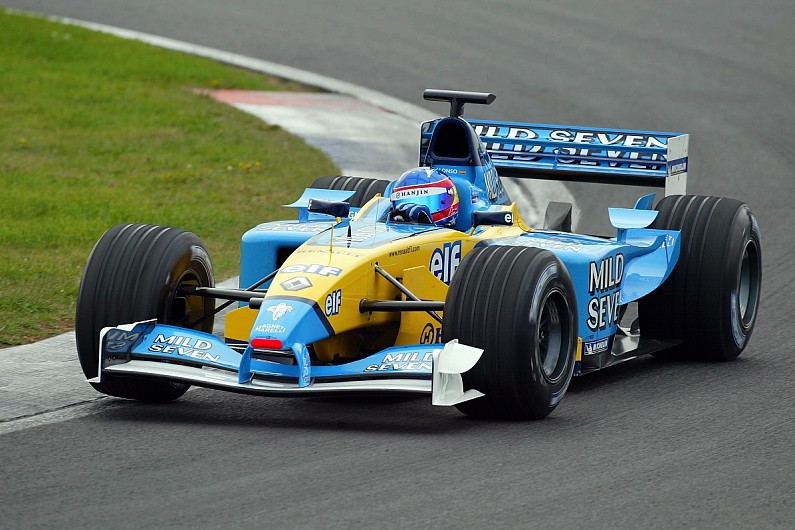 Although the path from test to race driver seemed to be carefully mapped out, Alonso still insists that there were no guarantees.

But wasn’t he at least 99% certain that he’d get the job?

“Not really, until the French GP [in July] everything was not really clear,” he says. “We heard some rumours that Jenson would stay here, some that he goes, something with Jarno as well. Nobody talked about me, and I was a little bit in the middle of everything.”

Official confirmation finally came at Magny-Cours. Although Button’s two-year deal was about to come to its natural conclusion, to some it appeared that the Brit was being dropped in favour of Briatore’s protege. Briatore’s press conference was a steamy affair, but of Alonso himself there was no sign.

“At Minardi we more or less had the same car all year. Here, at every test that you do, there are new pieces” Fernando Alonso

This was perhaps the biggest day of his career, and you would expect him to be keen to talk to the Spanish media at least. Yet a couple of hours before the announcement he was spirited out of the circuit, apparently to protect him from any negative vibes. That seemed to reinforce the perception that young drivers such as Alonso are commodities with little say in their own destiny.

“I think F1 is like this,” he admits. “At the moment the driver is only driving the car, and then outside you don’t really have a strong position. For me it’s normal.”

The fuss died down as soon as Button found a new job at British American Racing, but in truth there was no real reason to question Alonso’s selection. A year of testing has honed the natural talent that was evident during his year at Minardi in 2001. 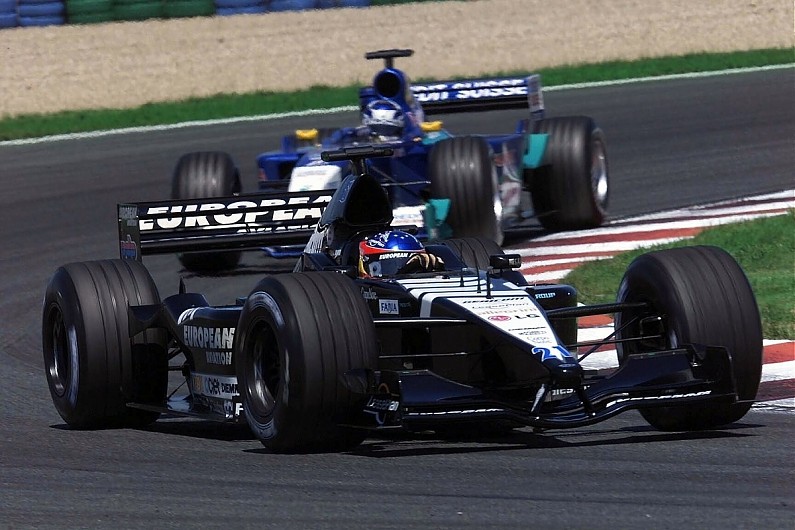 “I tried to be fast as I can, and tried to learn a lot of things from the team,” he says. “At Minardi they work mostly with passion, but here they work very professionally to try to close the gap with the big teams and put Renault back on top.

“They are very experienced, and you always learn with these people around.

“In terms of set-up I now know so much. At Minardi we more or less had the same car all year. Here, at every test that you do, there are new pieces. The development of the car is constant all year. I think I’m a better driver, I have a better feeling for the set-ups now.”

While Alonso attended GPs ostensibly as a reserve in case Trulli or Button had a problem, listening on headphones and attending debriefs was all part of his education.

“Normally I was in the meetings, so I know all the problems that they’ve had, and I know all the things that they’ve done to solve them,” he says. “It’s also interesting to see the race from the outside, the way the mechanics prepare for the pitstop, the engineers prepare the strategy, all this was new for me.

“The pitstop is amazing! When you are in the car, you arrive there, everyone is ready, you change the tyres and go. But when you’re outside, you see that 15 seconds before the mechanics still have the tyre blankets on, and then it’s chaos. It seems unbelievable.”

This year Renault’s progress seemed to stall in the summer, but Alonso is confident that the team is moving forward.

“Maybe we didn’t improve the car so much during the season, and the others improved a little bit more,” he says. 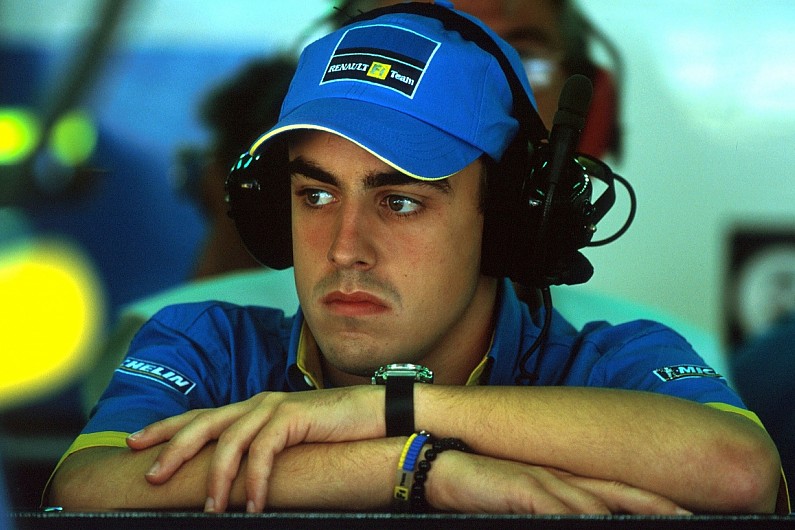 “But I think they have quite a lot of confidence in next year’s car. The results of the windtunnel are positive, and with a bit more power from the engine, maybe the car can be competitive. But you never know. And in F1, until the first race, everything is 50%.”

One thing’s for sure – come Australia, Alonso himself will be raring to go. But he has no regrets about not racing in 2002.

“I’ve learned more things than I lost, I think,” he says. “For next year the feeling that I have is quite good, because I know the team now, I know the car, I know all the people, the way they work. And without one year of test driving, this would be difficult.

“Jarno was new to the team as well – I think the first two or three races were quite hard for him. Melbourne will be a very special race after stopping for one year. But I’m quite calm, so I think it’ll be all right.” 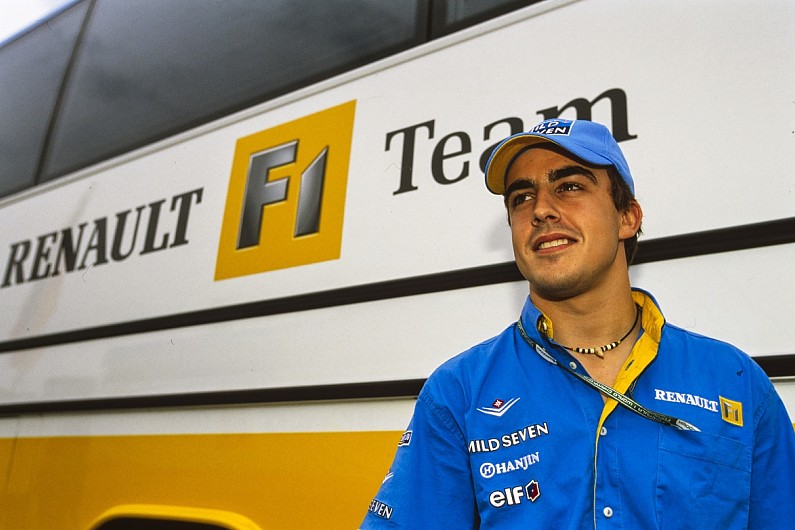 It didn’t take long for Alonso to make his mark. He took his first F1 pole position in round two of the 2003 campaign in Malaysia, where he then scored his first podium. He brilliantly harassed (and split) the Ferraris in the Spanish GP and then took his first F1 victory in Hungary.

Alonso finished sixth in the 2003 drivers’ standings – two spots ahead of Trulli. He improved to fourth the following year before ending Michael Schumacher’s run of titles in 2005 and establishing himself as the leading light of the younger generation of F1 stars.

A second world title followed in 2006, by which time he’d already signed to join McLaren for 2007. After a single stormy season there, he returned to Renault for 2008, but his two seasons back at Enstone were overshadowed by the fallout of the Singapore GP crashgate scandal, which resulted in Briatore being given the sack. 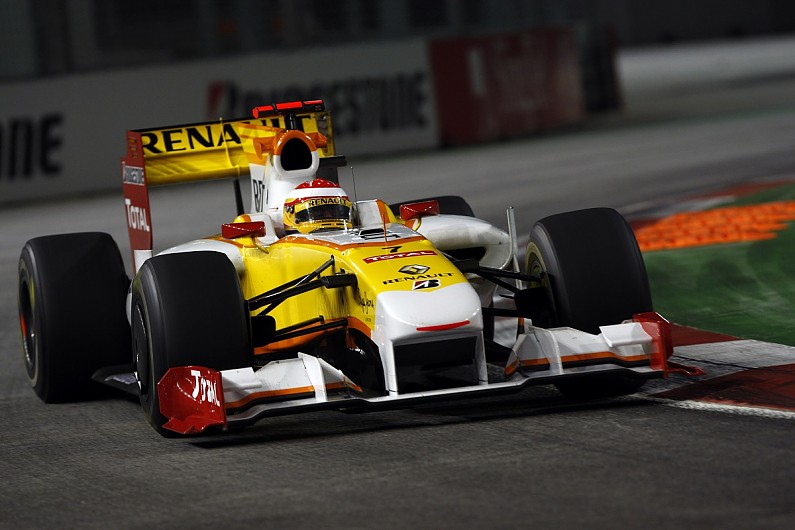 Wed Jul 29 , 2020
Lando Norris says the wet conditions and being “drugged up” alleviated back pain he suffered on Friday, but expects Sunday’s Formula 1 Styrian Grand Prix to pose a “bigger challenge”. The McLaren driver – who scored his debut F1 podium at the Red Bull Ring last weekend – limited his […] 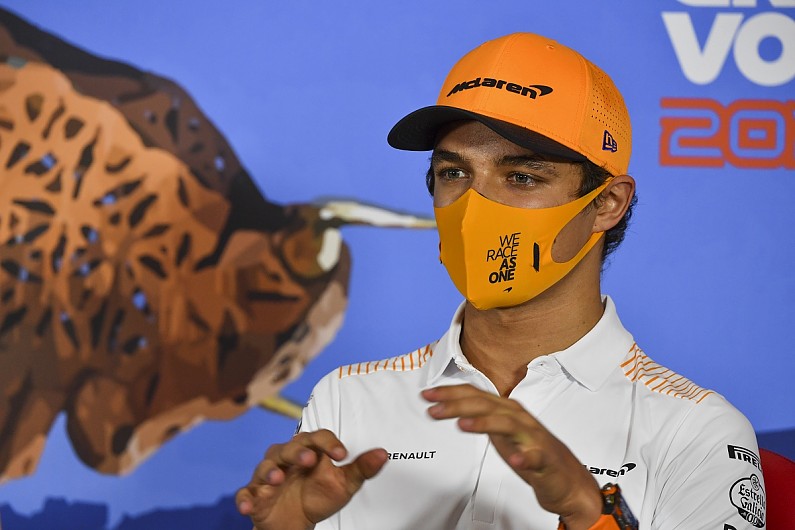