Richard Childress Racing said Dillon tested positive Saturday morning. He experienced mild symptoms and sought a test on his own. He is now self-quarantining from the team. His wife and newborn son remain healthy and symptom-free, the team added.

Kaz Grala will drive the No. 3 Chevrolet on Sunday.

Dillon has already qualified for the playoffs by winning at Texas last month.

According to NASCAR’s latest COVID-19 protocols, Dillon may return to racing activities after he receives two negative test results taken at least 24 hours apart. He also may return 10 days after his first positive test if he is fever-free for at least 24 hours without the use of medication.

INDYCAR: Marco Andretti led a Honda rout on the first day of Indianapolis 500 qualifying – a session dominated by Andretti Autosport and Honda as Team Penske was shut out of pole contention.

Andretti posted a four-lap average of 231.351 mph to top the speed chart ahead of teammates Ryan Hunter-Reay, Alexander Rossi and James Hinchcliffe. The fastest nine advance to a Sunday shootout that determines the first three rows for the Indy 500.

The Andretti organization grabbed four of the slots and Honda drivers took eight of nine.

Andretti Autosport tried to get all six of its cars into the top nine, but Colton Herta was 10th and Zach Veach 17th after multiple attempts.

It’s not clear that the Andretti group has the fastest car – Scott Dixon logged the fastest lap of the day at 232.356 mph in an aborted qualifying run at the buzzer. Dixon said he wasn’t trying to bump the Andretti quartet off the top when he made the late run for Chip Ganassi Racing.

“We were just checking a few things for tomorrow; we wanted to get the right balance,” Dixon said.

It was a miserable effort for Chevrolet, which only placed 19-year-old rookie Rinus Veekay from Ed Carpenter Racing in the fast nine. The Chevy camp has struggled with straight speed, and all four of the flagship Team Penske entries will start deep in the field.

The race was originally scheduled for its traditional Memorial Day weekend date but was pushed to Aug. 23 because of the pandemic. Teams are not accustomed to these temperatures, and the heat has been one of Chevy’s biggest issues.

Suspension of Maine Maritime football was surprise to players

Suspension of Maine Maritime football was surprise to players

Sat Aug 15 , 2020
Michael Conroy/AP Scott Dixon showed some decent speed ahead of next week’s Indy 500. New Zealand driver Scott Dixon looks to be in good touch for next Monday’s (NZ time) Indianapolis 500. The IndyCars series leader finished qualifying on Sunday in fifth position, ahead of Monday’s top-nine shootout. But the […] 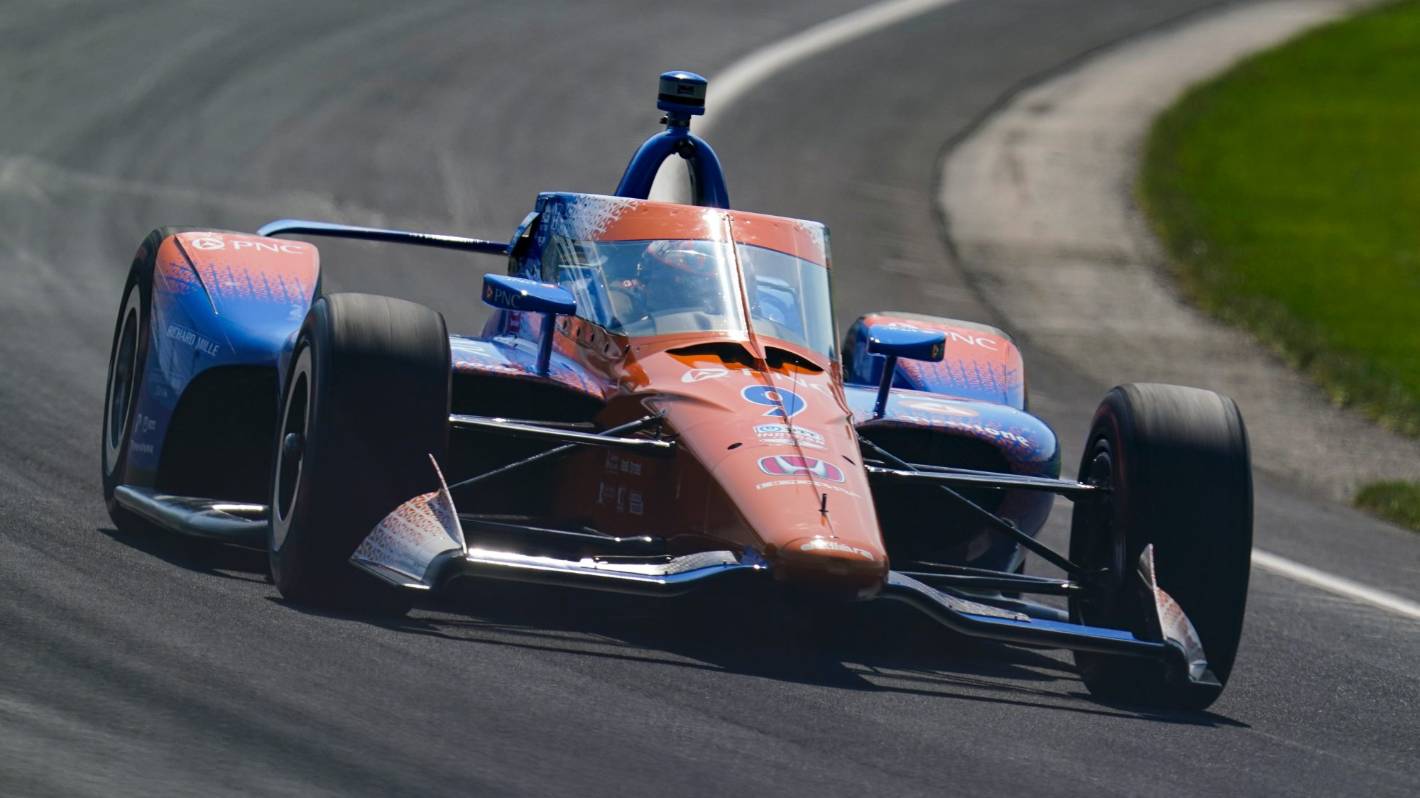