Racing Point’s Sergio Perez claimed third place, with the Ferrari and Red Bull drivers finishing well adrift of their leading Class A rivals in the classification.

At the start of the 90-minute session at the Red Bull Ring, Romain Grosjean led the field out – the Haas driver looking to make up for lost time in FP1, where a brake issue had confined him to the garage for much of the morning session.

McLaren’s Carlos Sainz set the first real flying lap of the session – a 1m06.886s on the hard rubber – before Lance Stroll deposed him with a 1m05.469s on the mediums.

Max Verstappen then moved to the top spot after 20 minutes, with a 1m05.379s, also on the yellow-walled mediums.

Hamilton completed few laps in the early stages, but when he headed out after 25 minutes on the mediums he improved over three laps to take the top spot with a 1m05.095s.

A few minutes later, the field switched to qualifying simulation efforts on the softs, with Sergio Perez and his Racing Point team-mate Stroll lighting up the time screens.

But while Perez grabbed P1 on a 1m04.945s, Stroll snagged the gravel trap as he flew through the rapid right of Turn 8 and he lost time, with both Racing Point drivers then demoted by Bottas’s 1m04.501s – the Mercedes driver audibly attacking the kerbs at the final two corners. 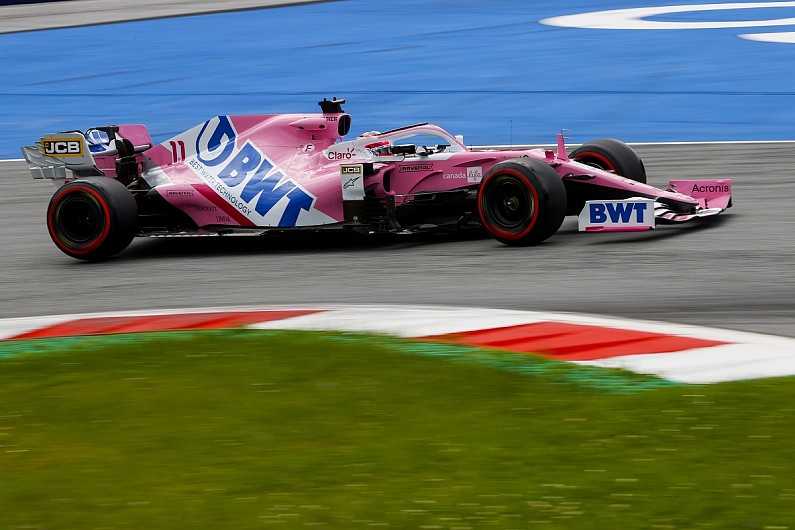 Sebastian Vettel popped his Ferrari into third place on his flying effort on the softs, but he could not beat Perez’s time for best of the rest behind Mercedes’ benchmark.

Shortly after Alfa Romeo’s Kimi Raikkonen skated across the gravel trap at the exit of Turn 6 – the long left-hander in the middle sector – Hamilton moved to improve that target.

Using the softs fitted to his newly-liveried W11, the world champion shot to the top of the times with a 1m04.304s – despite encountering a McLaren touring slowly at the exit of Turn 3.

Hamilton’s effort put him 0.197s clear of Bottas, with Perez and Vettel shuffled down to third and fourth.

Max Verstappen wound up eighth as the lead Red Bull driver, but his soft tyre effort was 0.911s slower than Hamilton’s best.

Verstappen also had a near-identical off to Raikkonen’s just past the hour mark, keeping his RB16 out of the barriers and back onto the track by using the perimeter road beyond the Turn 6 gravel to rejoin as the drivers are instructed to so by the race director. 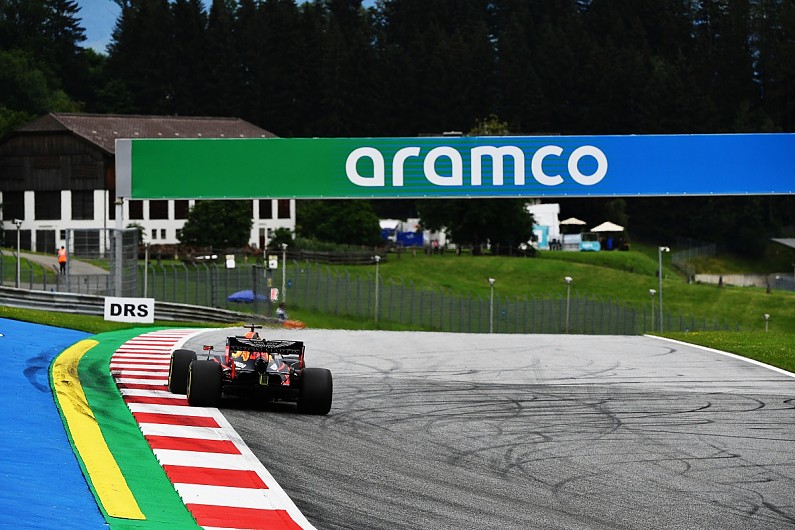 Alex Albon finished 13th in the other Red Bull after spinning in near-identical fashion to his team-mate’s off in FP1 as he lost the rear of his car running through the Turn 1 right-hander with just over 20 minutes to go.

Charles Leclerc finished ninth to end a low-key day for Ferrari, with Sainz rounding out the top 10.

Albon was not the only driver to have a spin at Turn 1, with AlphaTauri driver Daniil Kvyat and Williams rookie Nicholas Latifi also going around there in the session’s early stages.

Latifi also locked up and went off at approaching the tight right-hand left of Turn 3 shortly after his Turn 1 spin, with Bottas, Vettel and Grosjean (who spun and finished 16th in the final order) also having issues at that corner during the later running.

Mercedes’ session did end on a down note as Bottas reported problems shifting through his gears with 10 minutes to go and he was called in to allow the team to investigate the issue.

The FIA was again forced to take action regarding track limits, with Kevin Magnussen (15th in the final order) losing a time early for running too wide at Turn 9, and Raikkonen – P19, just ahead of Latifi at the end – having four laps deleted for repeated wide running at the final turn.

Wed Jul 29 , 2020
Carmelo Ezpeleta, CEO of MotoGP promoter Dorna Sports, says his organisation will “help to find” a place on the 2021 grid for Britain’s only full-time premier class rider Cal Crutchlow. Last month Autosport revealed that KTM’s Pol Espargaro would be joining Marc Marquez at the factory Honda squad in 2021, […] 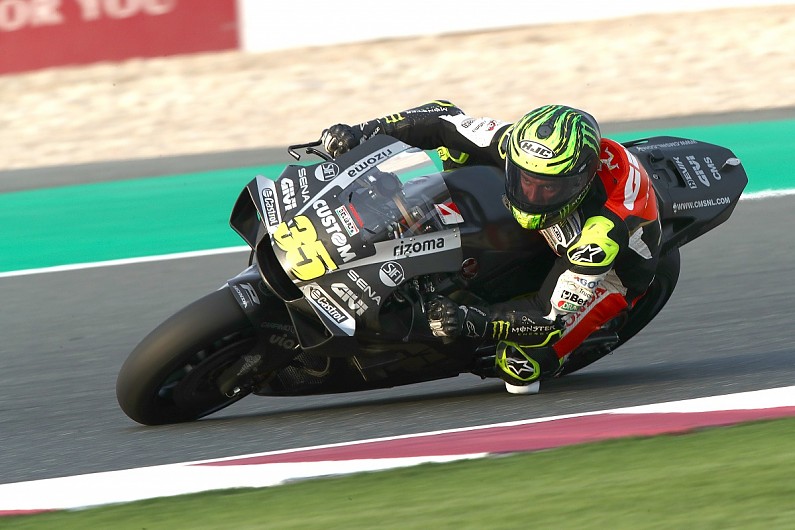