His cars were fast, his drivers qualified well and with a bevy of experience and two race winners on his six-car team, Andretti Autosport looked like the clear favorite.

Instead, on an unprecedented race day with no fans in attendance, the old struggles returned inside the empty track and sent the Andrettis home empty-handed yet again.

“It’s too bad for the team,” Canadian driver James Hinchcliffe said. “We were all kind of clumped together at around the top 10, but we wanted to be a little higher than that.”

There have been worse results and more challenging days, of course.

But after such a promising start to August, this was a tough to accept.

Andretti’s son, Marco, won the pole and spent most of the previous two weeks at or near the top of the practice charts. Three of Andretti’s five other drivers made the nine-car pole shootout and a fourth, Colton Herta, just missed.

Hinchcliffe had the best finish, coming in seventh after stalling his car in pit lane. Herta, who qualified 10th, came in eighth and Ryan Hunter-Reay, the 2014 race winner, ran up front early but couldn’t move up after falling back in the pack and wound up 10th.

Runner-up Scott Dixon passed Andretti on the first turn of the race and Andretti never led a lap. He spent most of the day going the wrong way on the leader board before winding up 13th.

And Rossi, who spent the middle of the race swapping the lead with Dixon as both drivers attempted to save fuel, was penalized for tapping Takuma Sato as the two drivers left the pits. Rossi was sent to the back of the field and crashed on Lap 144.

Sato went on to win the race for the second time.

“No cars were damaged and it was just a tiny little bump,” Rossi said.

Sun Aug 23 , 2020
How the race went down. Chip Ganassi Racing’s Scott Dixon burst into the lead at the start around the outside of Marco Andretti’s Andretti Herta Autosport machine with Takuma Sato sending his Rahal Letterman Lanigan car up into second along the backstraight. Behind, Ryan Hunter-Reay grabbed fourth ahead of Rinus […] 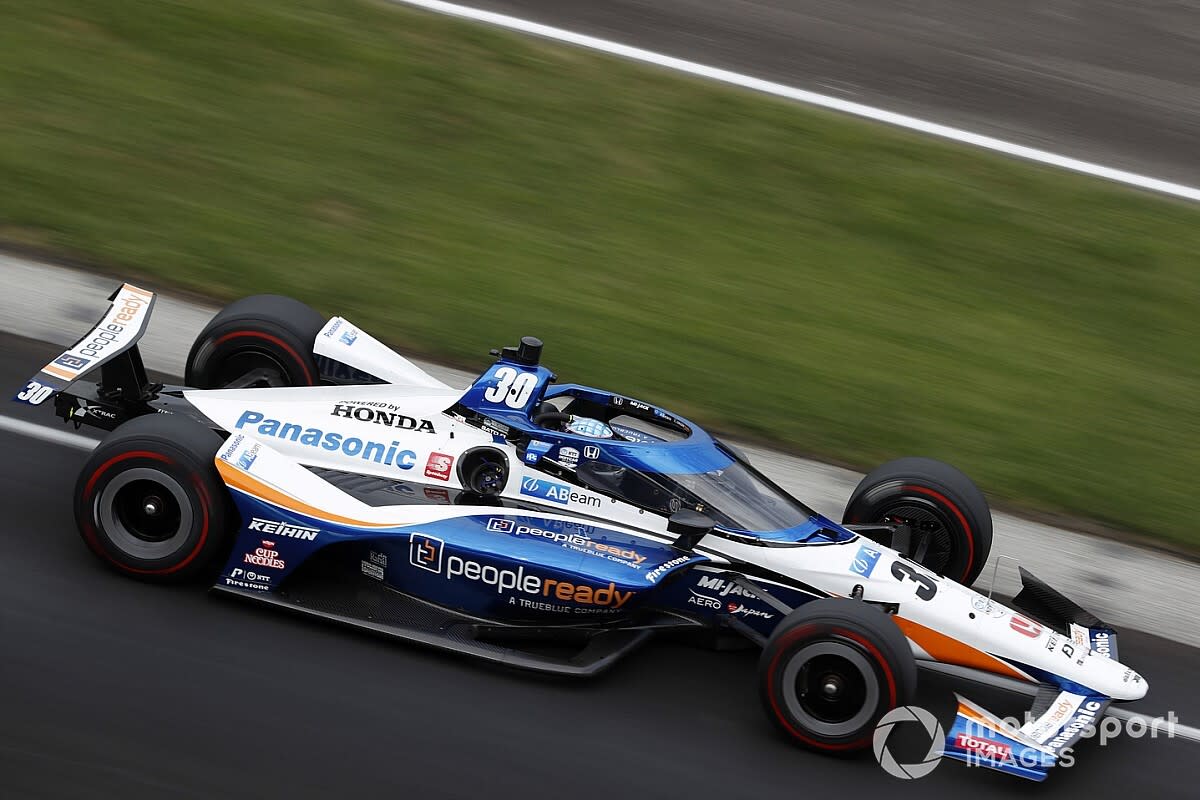