Mario Andretti, sitting in his favorite easy chair on Sunday at home in Nazareth, Pa., was practicing expectation management when his grandson Marco went out for a four-lap qualifying run for the 104th Indianapolis 500.

“To be honest, after his three Andretti Autosport teammates had gone out and had not found the speed they’d hoped to have, I thought, ‘Well, it is what it is,’” said Andretti, 80, the 1969 Indianapolis winner. “But when I heard Marco’s lap times, I jumped so high out of my chair. I didn’t know I was that agile anymore. That’s my boy!”

Marco Andretti ended up edging Scott Dixon for the coveted No. 1 starting position in the 33-car field by two-hundredths of a second, becoming the first Andretti on the pole at Indy since 1987.

“I knew it was going to be close,” said Marco Andretti, 33, who will be starting his 15th Indianapolis race on Sunday. “The car was sliding, the wind was blowing, but I hit a big gust down the backstretch exactly in my favor.” A steady crosswind was unsettling the cars, and their drivers.

Before his run, his father, Michael, had reminded Marco of an old family racing adage: “The wind may scare you. But it won’t crash you.”

Still, his father, who watched from the pits at the track, said: “I thought there was no way. After his first lap, I’m thinking, ‘Hmm, pretty good.’ After the second lap, I started freaking out. After the third lap, I was sweating. For the fourth lap, I couldn’t tell you — maybe sweating blood.”

He added: “We could see the in-car telemetry during the run, and the car was so loose, sliding around, about to crash, but he never let up on the throttle.”

Marco Andretti said: “The throttle line was straight on the telemetry. But the steering wheel was not very straight at all.”

The last two laps, Michael Andretti said, were pure talent and guts at work. “Marco was 100 percent the difference, not the car, not the engine,” he said. “That was the only way it was done.”

The unusual qualifying process for the Indy 500, four laps around the 2.5-mile Indianapolis Motor Speedway, is said by competitors to be the most nerve-racking in the sport.

“I was never able to win the pole,” said Michael, who raced at Indianapolis 16 times. Mario started the race 29 times, and won three poles, the last in 1987. So it has been a long drought for Indy’s royal family.

Even longer is the span since one of them won the race. The only Andretti victory in a total of 60 starts beginning in 1965 was Mario’s in 1969, over 50 years ago.

Marco nearly won it in his rookie year, 2006, losing by an agonizing six-hundredths of a second as Sam Hornish Jr. overtook him at the finish line. Despite that sparkling debut, and great expectations, his career hasn’t panned out the way he had hoped.

“Marco has been blasted,” Mario noted, “because his record doesn’t speak for his talent.”

He has won only two IndyCar races, no championships, and has little treasure to show for 15 years of digging. Mario and Michael won 94 IndyCar races between them.

“I’m sure he feels the pressure times three that I felt as Mario Andretti’s son,” Michael said. “But you can only do what you can do, you know? That was how I handled it.

“I know some people say he is just here on this team because he is my son. But he has tons of talent. He’s finally starting to show it. He should have won at least 10 races in this series by now, and probably two 500s.”

Although Marco is said to be brutally hard on himself when things go awry on the track, his father said many of the disappointments could be laid at the team’s feet.

“Now we have to stay focused on Sunday’s race, and getting him to Victory Circle,” Michael Andretti said. “Minimize mistakes — no mistakes at all, actually — perfect pit stops, every time. We have the car, we have the speed, we have the driver.”

Honda is credited with improving the power output of its engine so significantly this year that it occupies eight of the field’s top nine starting positions. “All credit to Honda,” Michael said. “Last year, we were sitting where Chevy is this year.” Chevrolet is the series’ only other engine supplier.

For his car’s setup, Marco has been paired again with an old friend, Garrett Mothersead, who was with Marco in 2013, when he had his best overall year in the sport. Mothersead was also the engineer for Takuma Sato when he won in 2017.

“I always had faith in Marco’s talent,” Mario said. “He’s always had those moments of brilliance. Something is going to pop now. He’s got the composure. He is calm and collected, and has confidence with a capital C.”

Mario added: “I hope he enjoys this next week, being on the pole at Indy. It’s the next best thing to winning.” 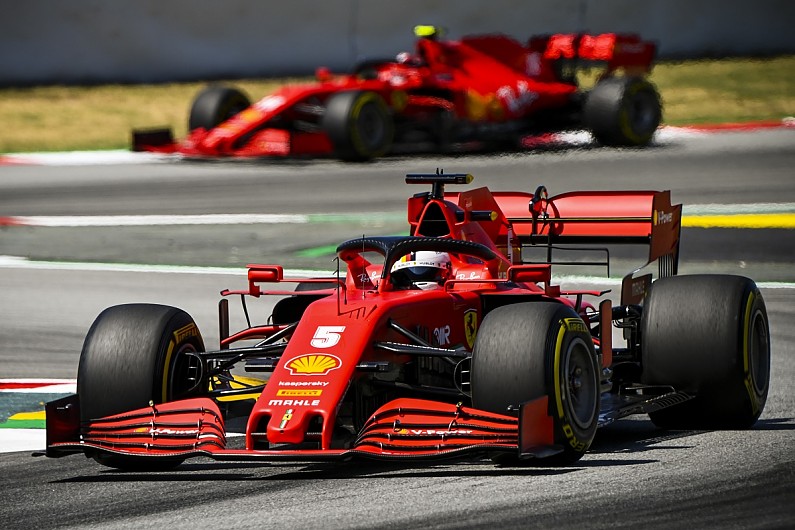