Auto racing is a dangerous sport and one that features speed-hardened competitors who seem unbothered by the omnipresent potential for god-awful tragedy. But every so often, events occur which transform even drivers with the coldest of refrigerants in their veins into sentimental saps.

Indianapolis Motor Speedway has already produced one such occurrence this month and with Sunday’s 104th running of the Indianapolis 500, it could produce more.

Last Sunday, in the moments following the conclusion of the “Fast Nine Shootout” qualifying session that determined the pole-sitter for this year’s race, a lengthy, emotional reception line formed in the pits at iconic old IMS.

They all were waiting to congratulate the man who will lead the field to green Sunday — and also pay respects to him and his family for their massive contributions to American racing.

Starting on the pole in the pandemic-delayed running of the world’s most famous race will be Marco Andretti. After dramatically earning that pole, he claimed not too convincingly that those were not tears in his eyes.

“I was emotional,” Andretti, 33, admitted of his pole-winning run. “This place means so much to us as a family. We’ve just been through so many ups and downs at this place. Obviously, my (late) cousin, John, is riding with me, my grandfather from home. We know family is pulling for us. We live and breathe this sport, this race in particular.”

Marco is the grandson of the legendary Mario Andretti, who is America’s last Formula One champion, the winner of the 1969 Indianapolis 500 and the only person to have won those titles plus NASCAR’s Daytona 500. Legendary? Race fans have been heatedly debating for years whether Mario or A.J. Foyt is American racing’s GOAT.

Marco is the son of Michael Andretti — who owns his Andretti Autosport team and who is a former series champ, the winner of 42 Indy car races and a former F1 driver.

Near the head of the reception line was current driver and defending IndyCar Series champion Scott Dixon, whose dream of winning this year’s pole was crushed at the last minute and by just 0.01 seconds — the third-closest margin in the race’s history — by Andretti’s four-lap run in the Fast Nine.

“Super happy for Marco,” Dixon, a five-time series champion and the 2008 winner of the 500 for Chip Ganassi Racing, said as part of the chorus of well-wishers. “He’s such a great guy and a good friend. To see him get a pole position at Indianapolis — I know what that means to him and especially his family.”

Marco, who has never quite attained the superstar status of his kin, can add to the family legacy with a victory in “The Greatest Spectacle in Racing”.

Doing so would take a big chip out of what’s known as the Andretti Curse at Indy; the family has won just once at the 500, with many potential wins seeming to slip agonizingly away.

Marco, whose family is 1 for 74 at Indy, insists there is no curse. He will have, perhaps, a last best shot at proving it Sunday.

“This is probably like my third legitimate shot as far as just outright pace in 15 years,” he said. “When I lost the 500 in 2006, you saw me mad because I knew that it is possible that 15 years later I’m talking to you guys and I haven’t won one yet. That’s why I was so mad. It’s a tough place. Last year I had the worst race of my career. Here we are, we can win it.”

Other interesting storylines for the race include:

–Roger Penske is looking for a 19th 500 victory as a team owner, his second in a row but his first as both the owner of IMS and the IndyCar Series — both of which he bought from the Hulman family in the offseason. He has four drivers in the field.

–Two-time Formula One champ Fernando Alonso will take one more shot at winning the 500 and thus winning international racing’s Triple Crown of the Formula One Grand Prix of Monaco, the 24 Hours of Le Mans and Indy. The 39-year-old Spaniard would join Great Britain’s Graham Hill as the only Triple Crown winners.

–The 500 usually attracts a crowd of more than 300,000 fans on race day. This year that number will be zero because of the pandemic. The race is being run this weekend because COVID-19 forced postponement from its traditional Memorial Day weekend date.

Fri Aug 21 , 2020
The FIA clampdown on Formula 1 teams usage of qualifying engine modes has been postponed until the Italian Grand Prix, instead of next weekend’s Belgian GP as originally intended. The concession has been made to allow engine manufacturers more time to conduct dyno testing before they head into a race […] 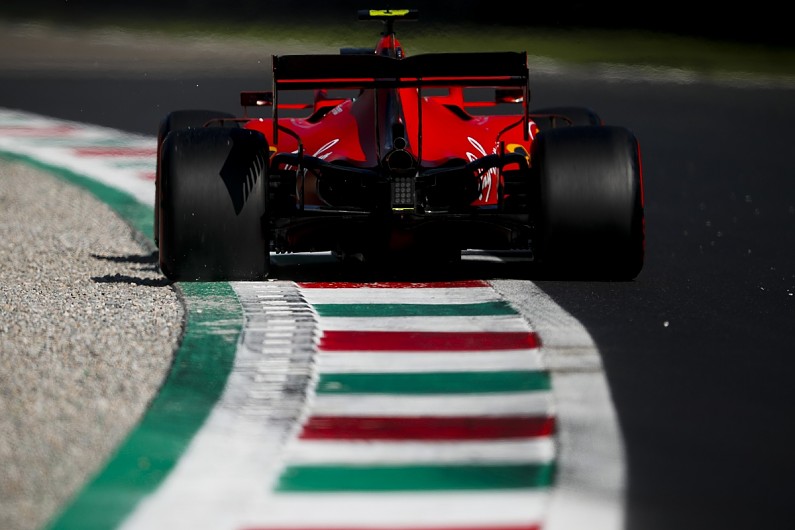