Fabio Quartararo claimed his second MotoGP pole of 2020 at the Andalusian Grand Prix after Maverick Vinales had his last lap cancelled, while Marc Marquez did not set a time.

Reigning world champion Marquez completed 18 laps in FP3 and a further 10 in FP4, after Honda confirmed he would carry on following the morning session.

But Marquez only completed an outlap on his RC213V before pulling out of Q1, and has decided to withdraw from Sunday’s race.

To make matters worse for Honda, Alex Marquez crashed at the end of Q1 and appeared to hurt his right arm – though escaped any serious injury and will start 21st.

Vinales set the early pace in Q2 with a 1m37.217s on the factory Yamaha, and improved on his follow-up effort to a 1m37.102s to take a 0.187-second advantage over Pramac Ducati’s Francesco Bagnaia.

Quartararo guided his Petronas SRT Yamaha to top spot with a 1m37.007s in the closing stages on his second run, which didn’t come under threat until the death.

Vinales lit up the timing screens through sectors one and two, but ran outside track limits on the exit of Turn 7 and his 1m36.907s was cancelled, shoving him back to second by 0.095s. 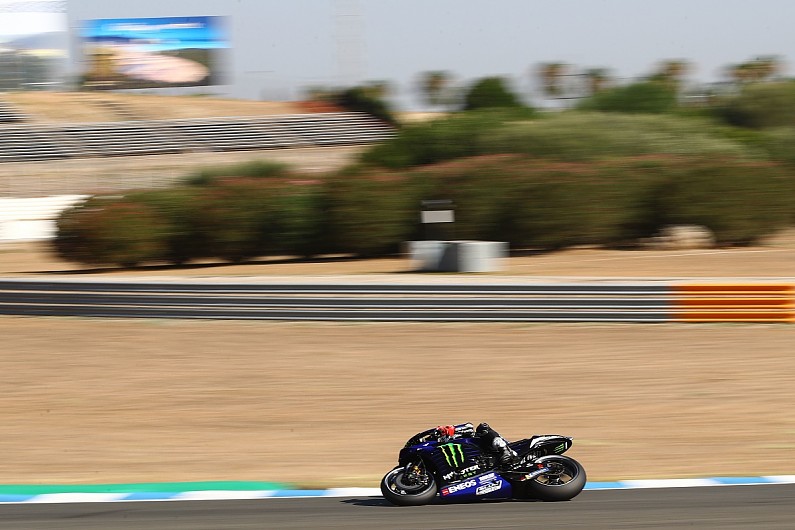 Bagnaia held onto third for his first front row start in MotoGP, with Valentino Rossi heading the second row on his works team Yamaha ahead of top KTM runner Miguel Oliveira (Tech3) having come through Q1.

Franco Morbidelli also came through Q1 and will start sixth for SRT ahead of Jack Miller (Pramac) and top Honda man Takaaki Nakagami on the year-old LCR bike.

Brad Binder will start ninth after a late mistake at the last corner on his KTM, with Joan Mir (Suzuki) 10th, Danilo Petrucci (Ducati) and Pol Espargaro completing the top 12 after the KTM rider crashed at Turn 2 late on.

The biggest scalp in Q1 came in the form of Ducati’s Andrea Dovizioso, who failed to get himself into the pole shootout session amidst a difficult second Jerez weekend for the factory Ducati rider.

Dovizioso could only muster 14th on the grid – his worst qualifying since Germany last year – and missed a place in Q2 by 0.144s, with the injured Cal Crutchlow beating his former team-mate in 13th.

Johann Zarco couldn’t convert his strong one-lap pace from FP2 in qualifying and will start 15th on the Avintia Ducati ahead of Aprilia’s Aleix Espargaro.

Alex Rins was 20th on the Suzuki having had to ride through a shoulder injury.

Wed Aug 19 , 2020
Alex Rins is “super proud” to finish the MotoGP Andalusian Grand Prix inside the top 10 a week after fracturing and dislocating his right shoulder in a crash. The Suzuki rider sustained the injury when he crashed at the end of qualifying for last weekend’s Spanish Grand Prix, also run […] 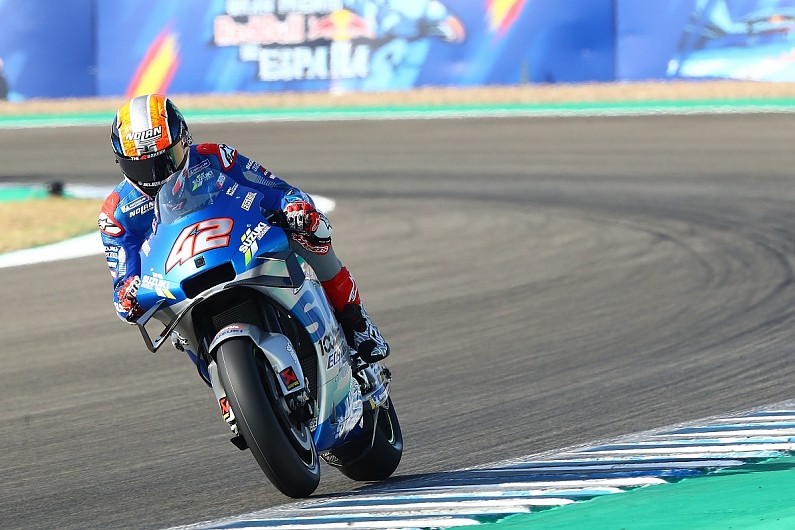