Alexander Rossi revealed exactly how he learned Conor Daly was the mastermind behind the IndyCar prank that dismantled his golf cart last week at Indianapolis Motor Speedway.

But the even better story might be the amazing lengths that Rossi went to try to sneak into Daly’s motorhome for revenge on his former “The Amazing Race” teammate.

“What I did to try to get his bus keys is something I’ll forever be proud of,” Rossi said as he recounted the zany ordeal during the newest episode Thursday of the “Off Track” podcast he co-hosts with James Hinchcliffe, whom he initially suspected was the perpetrator.

INDYCAR AT GATEWAY: Schedule for the doubleheader race weekend

It started with Rossi being texted a photo of the prank after arriving at the gym last Wednesday morning. Among the first people he saw was Hinchcliffe.

“I’m standing in the gym, minding my own business, and Alex walks up in right behind me, gets really close into my ear and just goes “You’re (expletive) dead,” said Hinchcliffe, who needed “the better part of an hour” to clear his name. His innocence sufficiently was proved after allowing Rossi to look at various text conversations with Andretti Autosport employees.

“He was like an angry girlfriend,” Hinchcliffe said with a laugh. “‘Show me your phone!’”

Rossi still suspected it was another Andretti teammate, and his suspicions were confirmed when he was in Andretti’s engineering office later in the day with Colton Herta, whom he believed was a co-conspirator after gleaning more information from team members.

“I knew Colton was involved in some capacity,” Rossi said. “Colton and I were talking about how we were going to get Conor back, so Colton was playing both sides. He was obviously involved, but he also thought it would be funny to help me get retaliation on Conor.”

Herta’s phone rang. It was Daly, whom he put on speakerphone without sharing that Rossi was in the room.

“Conor’s like, ‘Dude, how he’d find out? He knows it was us?’” Rossi said, recounting the conversation that ended with Daly saying that he was leaving the track and locking his bus because he feared retaliation.

So here’s the thing about pranks in the @IMS bus lot…the list of potential culprits can be extensive. But one thing is for certain, once I find out who it is, payback is going to be a painful lesson. pic.twitter.com/HdjiCN3aUc

The 2016 Indy 500 winner did his best to deliver. Rossi learned Daly would be on a date that night but didn’t know the woman or have her number. They talked after he reached her via an Instagram direct message, but she was unable to find Daly’s keys.

So Rossi went to the restaurant where Daly and his date had dinner and received permission from the parking valet (who was a friend) to search Daly’s Tahoe — fruitlessly — for the keys.

“The moral of the story was I couldn’t get the bus keys,” Rossi said. “I did everything I possibly could and couldn’t make it work.”

He then tried to get Daly’s golf cart, but it mysteriously disappeared over the last three days that the NTT IndyCar Series was at the Brickyard in August. A last-ditch attempt to attach an air horn to Daly’s persona vehicle also didn’t work.

“It was very anticlimactic,” Rossi said. “I was getting to the point where I had farm animals and livestock involved. There were a lot of things that were going to happen to Conor that didn’t happen. However, (it’s) 257 days away from the 105h running of the Indy 500. So you don’t have to wait that long.”

You can listen to the Off Track podcast by clicking on the embed above (the tales of the prank are roughly the first half of the episode, followed by a summary of Sunday’s Indy 500) or downloading the episode wherever you get podcasts.

Alexander Rossi reveals how he learned Conor Daly was his prankster originally appeared on NBCSports.com

“The most intense motorsports season finale”

Thu Aug 27 , 2020
But Antonio Felix da Costa would get the job done with two rounds to spare. It’s the earliest anyone has wrapped up the electric championship title in the series’ six-year history.  Building on his two pole positions and two expertly managed wins in the first double-header, da Costa consolidated his […] 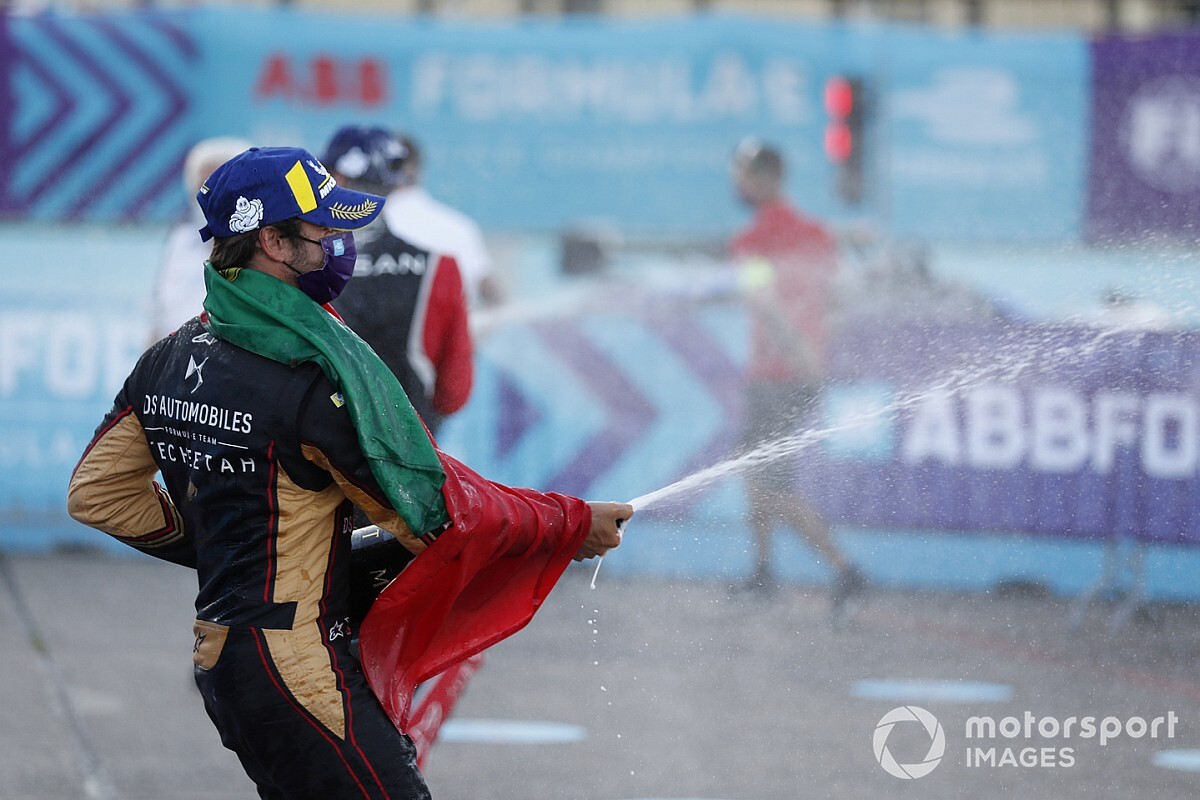