While it’s no Stinger, the Forte GT boasts some reasonably credible specs. For starters, it’s powered by a 201-horsepower, 1.6-liter turbo-four that also produces 195 pound-feet of torque. It can be ordered with either a six-speed manual or a seven-speed dual-clutch automatic.

The GT also gets bigger brakes up front (12-inchers rather than the 11-inch discs on the base car) and larger wheels with optional Michelin Pilot Sport 4 summer performance tires. Plus, it ditches the base Forte’s twist-beam rear suspension in favor of a multi-link setup, which improves both ride quality and handling.

There’s a weight penalty to all this added kit, of course. The GT checks in at 2,989 pounds with the six-speed and 3,079 with the dual-clutch unit, amounting to about 300 pounds of added heft compared to a plain-Jane Forte. 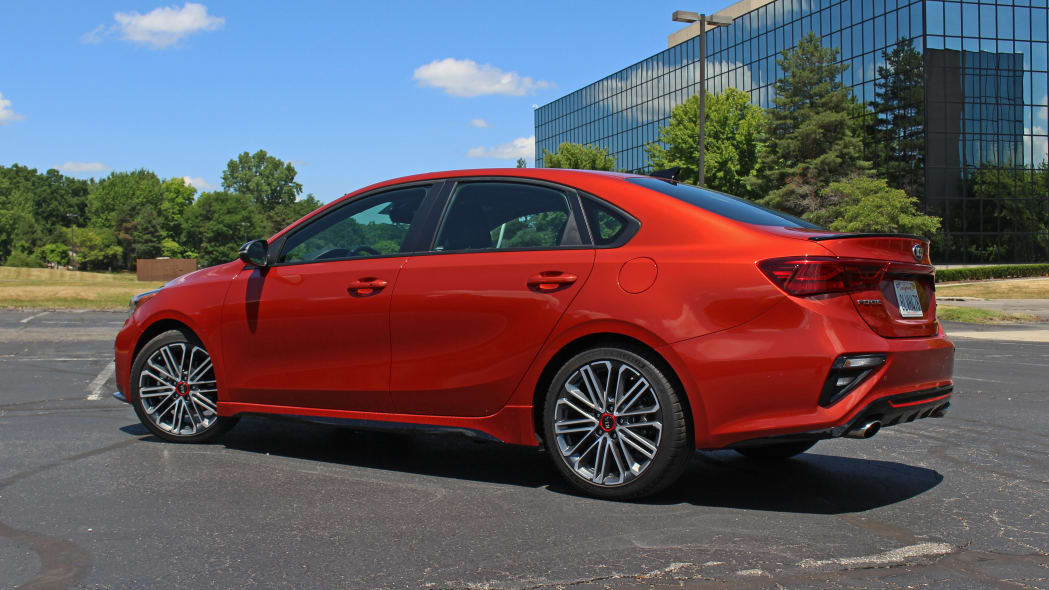 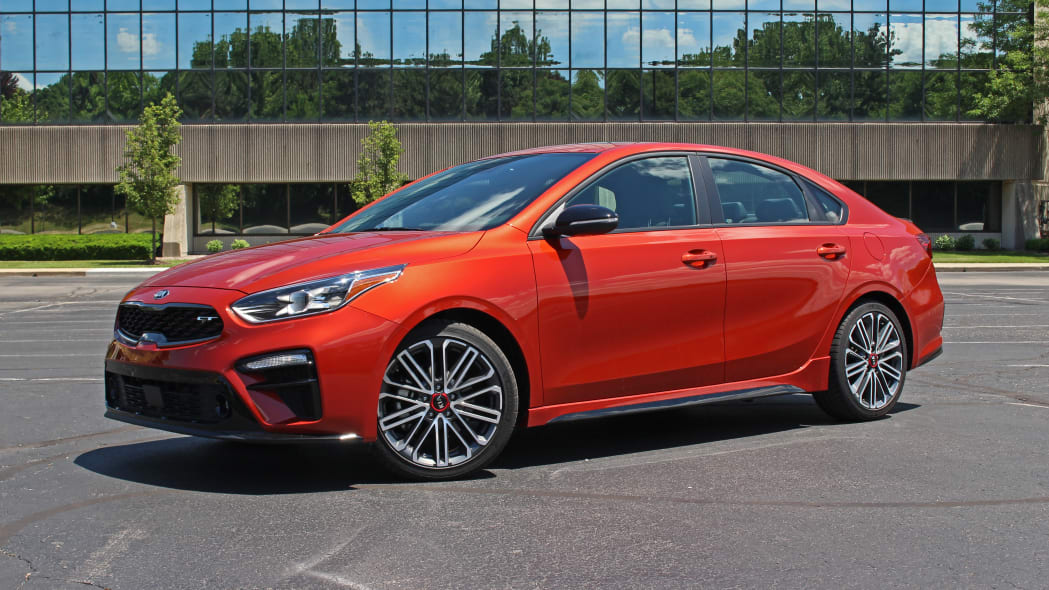 The dearth of alternatives in this segment makes it somewhat difficult to put these numbers into context, but the best analogs (aside from the equivalent Hyundai Elantra) would be the VW Jetta GLI and the Honda Civic Si.

Volkswagen and Honda have been in this game for decades, and it shows; the GLI has the Forte GT beat by just about every measurement save one – curb weight. The VW is as much as 300 pounds heavier depending on equipment, which is noteworthy considering their dimensions are otherwise just about identical. The Civic is lighter but otherwise goes pretty much spec-for-spec with the Forte GT. The Honda’s edge comes from a helical limited-slip differential and an adaptive suspension, neither of which is found on the Kia.

We sampled a loaded-up 2020 Forte GT with the dual-clutch automatic, and for better or worse, we found its real-world performance lined up just about perfectly with its spec sheet.

While 200 horsepower is hardly the stuff of modern performance cars, in this relatively lightweight sedan it more than gets the job done. The GT’s dual exhaust is demonstrably louder than that of the base car’s, but we wouldn’t necessarily call its tone alluring. As with many small-displacement, turbocharged engines (Honda’s included), it’s a bit coarse and thrashy, especially when pushed.

We were more satisfied with the seven-speed DCT, which gets the job done just fine. We experienced no hesitation or otherwise finicky behavior. In fact, we barely noticed it operating at all, which is high praise. As with most automatics these days, it’s also the more efficient of the two transmissions offered in the Forte GT, rated at 27 mpg city, 35 mpg highway and 30 mpg combined; the manual is rated at 25/32/28. 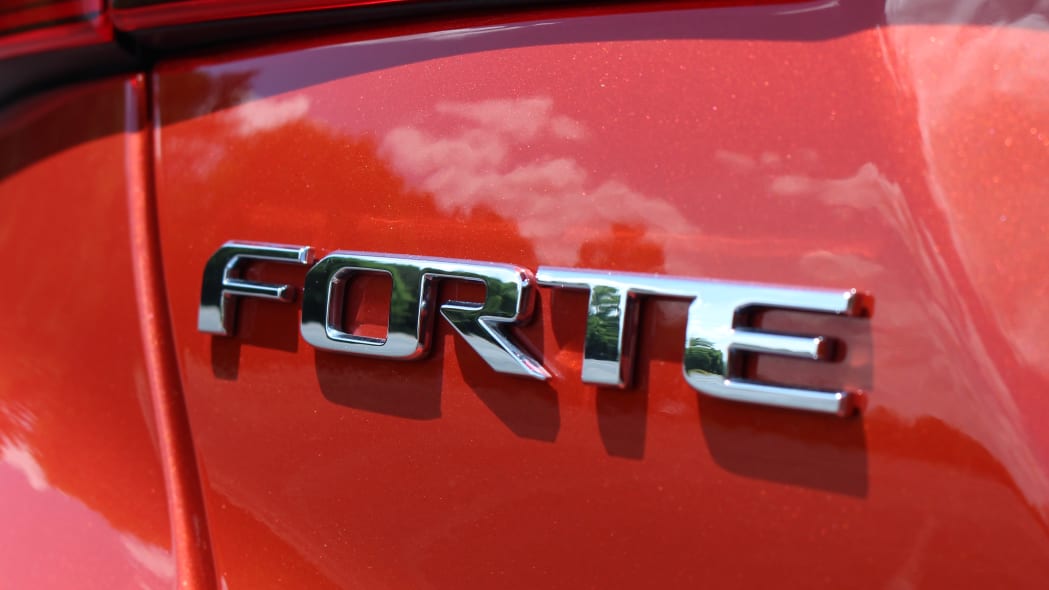 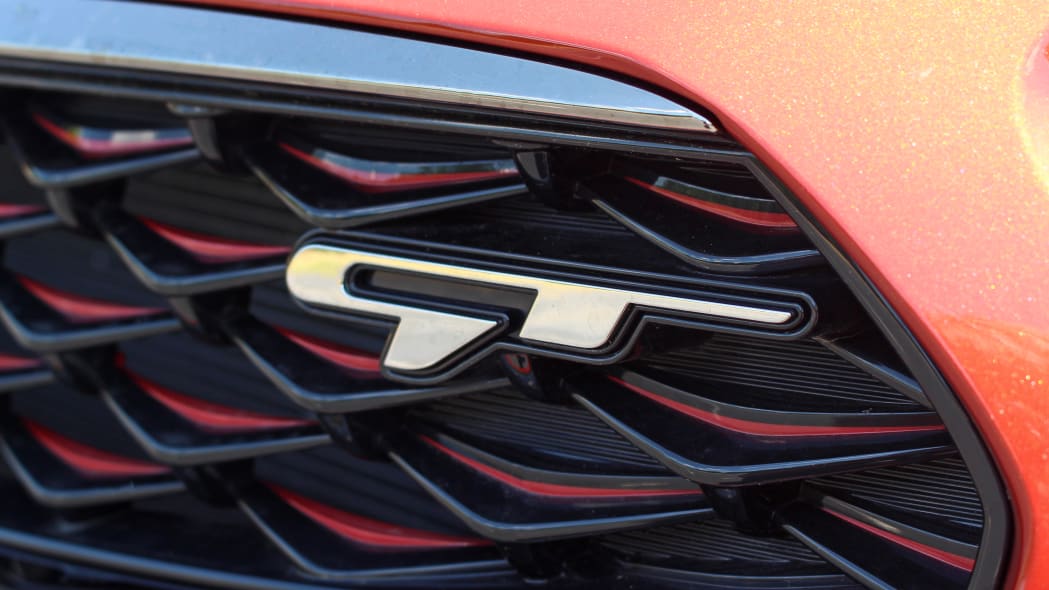 On the busted roads of metro Detroit, the Kia acquitted itself rather well. The suspension is taut but not overly firm, and the high-performance Michelins on our test car kept the Forte GT planted. The steering is reasonably direct and offers enough feedback to keep your average enthusiast content in daily driving. We’re not doing much commuting these days, but the Forte dispatched some small errands with aplomb.

Beyond that, things get a bit murkier. While the Forte GT is plenty capable of being pushed, we wouldn’t necessarily say it’s eager to do so. In other words, it doesn’t really feel playful. Some sport compacts beg to have their limits explored; the Forte is the sort of partner that seems content to stay in its comfort zone.

For the buyer who wants a daily driver with a little more kick and doesn’t necessarily want the added capability and complexity of the Civic Si or VW Jetta GLI, the Forte GT formula is right in that sweet spot. Plus, it’s a fantastic value, checking in well below either competitor with a starting MSRP of just $23,455 (including a $965 destination fee) — $2,000 cheaper than the Honda and $3,000 cheaper than the Volkswagen.

The manual will run you another $600 but includes a few features that you have to pay extra for with the DCT, including a 320-watt Harman Kardon audio system and a power sunroof. Opting for the stickshift also locks you out of some of the Forte’s advanced driver safety features, but we suspect those who want to row their own gears won’t miss those too much.

Overall, the 2020 Kia Forte GT is a great daily driver with a little more punch and refinement than a run-of-the-mill Forte, but it comes up a bit short when compared to some of its more-enthusiast-focused – and expensive – competitors. 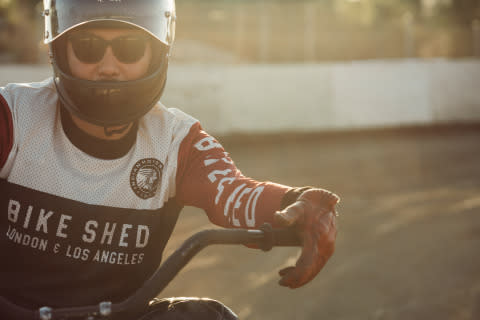