The Indianapolis 500 will be held without fans in attendance this year, due to growing health and safety concerns about the coronavirus pandemic, the Indianapolis Motor Speedway announced Tuesday.

“What I hope people recognize is that we’ve done everything possible to be able to do it with fans,” Penske Entertainment Corp. president and CEO Mark Mark Miles told IndyStar on Tuesday. “This plan will go down as the model for how to do a mass gathering under these circumstances if it were possible.

“We’ve said all along that we had to hang in there and see if the public health situation would allow us to do it, and we’re at least as disappointed as all the fans that we can’t have them there this year.”

DOYEL: Penske saved lives by removing fans from Indy 500 because of COVID-19 concerns

In a news release, IMS said that since the June 26 announcement of a 50% max capacity for this year’s race, positive cases in Marion County have tripled, while the positivity rate has doubled.

“We said from the beginning of the pandemic that we would put the health and safety of our community first, and while hosting spectators at a limited capacity with our robust plan in place was appropriate in late June, it is not the right path forward based on the current environment,” the release stated.

Added Miles: “We knew these numbers were where they were at the time, but the hope of the city and state and ours was that the measures that had just been put in place would reduce those trends, but no one could predict anything. We hoped all this would get back to where things were in late-June, and that just hasn’t materialized. We’ve been very aware of the numbers, day by day, and wanted to give it as much time as possible to see if the metrics could be reversed and improved, but we’re out of time.”

The news means all on-track activity around the 500 in August will be closed to the general public, and those who had tickets will be credited for the 2021 race and retain their seniority.

But, Miles stated, he believes nothing will keep the race from happening on Aug. 23 with roughly 1,500 essential personnel on the grounds of the track.

“Except for rain,” he said.

But moving ahead without fans means race officials can avoid canceling the Indy 500 for what would have been only the 7th time since its inaugural running in 1911. The six cancellations came in stretches from 1917-18 and 1942-45 during the First and Second World Wars.

The Indianapolis Motor Speedway sits empty on what is usually race day, Sunday, May 24, 2020. The Indianapolis 500 has been delayed until August due to the COVID19 pandemic.  (Photo: Grace Hollars/IndyStar)

The change comes despite new IndyCar and IMS owner Roger Penske’s assertion back in early June that the first Indy 500 under his stewardship would be held only if fans would be able to attend.

The change in plans also comes just a couple of weeks after IndyCar and IMS officials released an 88-page health and safety plan that detailed how they planned to help keep an estimated 25%-capacity crowd orderly and safe during the two weeks of activities leading up to the 104th running of the Indy 500, as well as race day itself.

In that plan, released July 22, officials announced that, of the original estimated 170,000 tickets IMS had sold by late June for this year’s race, nearly half of those were relinquished in exchange for future IMS event credit after officials sent out a survey to ticketholders June 26 asking if they would like to hold onto their tickets, given the current climate. Ticketholders were told they would get only half of their tickets in the area they originally were located to allow for social distance in seating. At that point, IMS announced a maximum capacity of 50% (or roughly 175,000 fans) for the Aug. 23 race.

On Aug. 3, more than two weeks after the Bristol Motor Speedway race on July 15 in Tennessee had more than 20,000 people, local public health officials said  that they had not identified any COVID-19 case clusters directly associated with the NASCAR All-Star Race, the Bristol Herald Courier reported.

Bristol Motor Speedway mandated physically distanced spectators in the stands and required attendees to wear masks except for at their seats.

As part of IMS’s health and safety plan, for all open events at IMS, starting with the opening day of practice Aug. 12, fans were to be given a mask and hand sanitizer upon entry. Mask-wearing would have been required throughout the facility – including while sitting in seats – except for when actively eating or drinking. Fans entering would have  been given a contact-less temperature check and permitted to enter only if they registered below 100.4 degrees. Ticket sales ended July 24 to ensure they wouldn’t be sold above the 25% capacity mark combined in grandstands, suites and the infield that turned out to be the limit due to Marion County guidelines that were announced days later the same week.

The release of the plan followed a months’ long assurance from Penske that fans would be in attendance in some capacity for the first Indy 500 in his stewardship. With the release of this latest news, this year’s Indy 500 now will be the third race of the 2020 IndyCar season held without fans, along with the season-opener at Texas Motor Speedway and the GMR Grand Prix held July 4 during the doubleheader weekend with NASCAR at IMS.

“We’re determined to do whatever we need to do, even if it’s non-traditional, to make this the best possible experience during the pandemic,” Miles told IndyStar June 26. “We feel like it’s our responsibility to do that, and we hope people will trust us to look out for the greater good here.

“The details may change in the coming weeks, but we’ve still got (nearly) two months.”

On Tuesday, Miles said as the race had drawn closer, it became much harder to predict or hope things would shift in a positive way.

“We really don’t have a tremendous sense of optimism now a day or two or three from now for the metrics to improve,” he said. “And so another day was unlikely to make much a difference. And with everything that was going on to get ready for the event to host fans, with our business partners and teams doing what they needed to do to be prepared, and any changes that needed to be made to the TV program, it just wouldn’t have been right, if we didn’t have an ongoing sense of optimism, to keep people in the green flag pattern.”

Before the GMR Grand Prix, Penske told IndyStar he’d be satisfied with what he called a “Super Bowl crowd,” ranging from 65,000 to 100,000, as he awaited the results of the ticketholder survey.

“I can’t guarantee anything, but at the same time, we can’t shut the world down, shut commerce down,” he said. “None of this is to line our pockets with gold. This is an investment, and it’s about the history of all this.”

Under protocols for Gov. Eric Holcomb’s Stage 4.5 of Indiana’s “Back on Track” reopening plan clarified in mid-July, event organizers planning to hold events with more than 250 people had to submit a plan to their local health department July 23 to approve capacity limits and social distancing measures, among other things.

When it was unveiled, IMS’s plan was given the seal of approval from Marion County Public Health Department director, Dr. Virginia Caine, who stated in the release, “The IMS plan has been developed in consultation with the Marion County Public Health Department and the Indiana State Department of Health, and reflects the current best practices and mitigating steps outdoor venues should have in place to host public events.”

She added, though, that it would be under continued review, as health conditions locally and statewide evolved.

Before IndyCar’s first set of races to be held with fans in grandstands around the Iowa Speedway oval for a doubleheader July 17-18, Miles said the fate of IMS’s fans plans for this year’s Indy 500 would rely heavily on the status of the virus containment in Indiana, specifically, rather than the country at-large.

“What we’re trying to do is figure out what a ‘new normal’ looks like, so we can continue to operate in as safe and responsible a way as possible and take care of our fans and our community,” Miles said July 16. “What’s happening in Indianapolis is still being dialed in and will probably be somewhat different.”

Miles told the Sports Business Journal the following week that, “Unless the COVID-19 world crashes in on us and healthcare metrics really turn south meaningfully (in Indiana), I’m quite confident we’ll be able to do the race.”

Drivers and officials around the series were supportive of Penske’s announcement in early June that the 2020 race only would be held with fans.

Now, they’ll have to grapple with what seemed a mere possibility six weeks ago.

Boles’ tune Tuesday was a bit changed, when faced with the reality of the news. His biggest message for 500 diehards, he said, was that track and series leadership had done everything they could to to try to make their wishes a reality in 2020.

“I’m hopeful what our fans see is just how hard we tried to do this, because we know just how important the Indy 500 is to our fans,” Boles said. “To so many of them, it’s not just the race. It’s the entire experience, and that’s what we’d been holding out to do.”

Fan plans for races at Gateway, Mid-Ohio, IMS’s Harvest Grand Prix and the season-finale in St. Pete have not been announced. Since IndyCar last raced, during the Iowa doubleheader July 17-18, the schedule has changed twice – first, on July 27, with the loss of three combined races at Portland and Laguna Seca, along with the creation of three doubleheaders at Mid-Ohio, Gateway and the IMS road course.

Then, Aug. 1, Mid-Ohio’s doubleheader was shelved just a week before it was to be run, due to health and safety concerns within the state. The doubleheader is planned to be rescheduled for one of the series’ several open weekends in September or October.

Wed Aug 5 , 2020
Zhejiang Geely Holding Group and Mercedes-Benz formed a German subsidiary under their China-based joint venture that will produce and market electric vehicles for the Smart brand.  The subsidiary, in Leinfelden-Echterdingen, a Stuttgart suburb, will manage sales, marketing and aftersales service of the next generation of Smart vehicles, Geely said this […] 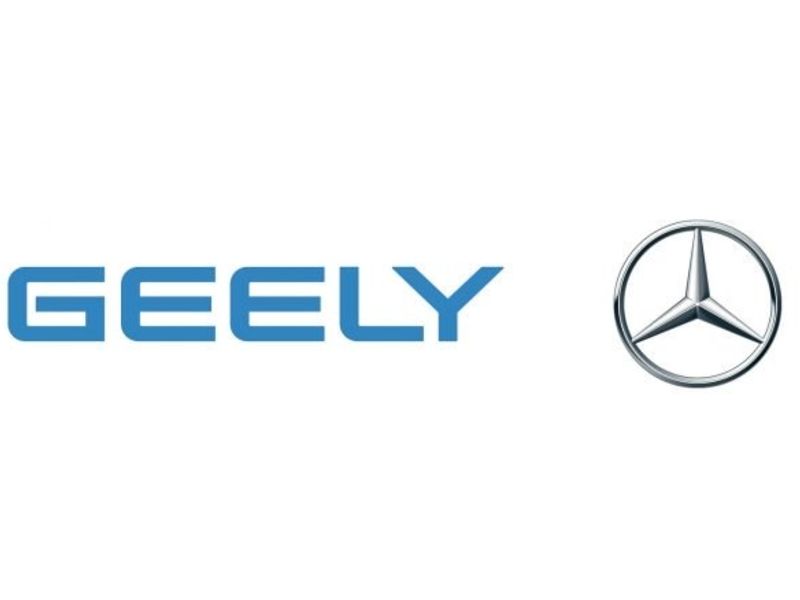