Defending Indianapolis 500 winner Simon Pagenaud says the condensed practice schedule for this year’s race leaves far less leeway for experimenting with set up. The Team Penske ace conquered last year’s Indy 500 after a thrilling duel with 2016 winner Alexander Rossi of Andretti Autosport, and can expect to be […] 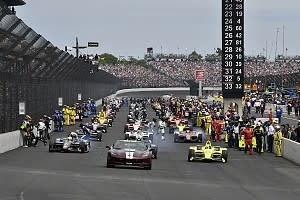