Having waited four months for the 2020 MotoGP season to start, the action continues at a frantic pace with the second round of the Jerez double-header, the Andalusian Grand Prix. In a drastically reshuffled campaign, Jerez will host the first-ever Andalusian GP, which acts as the second part of the […]

Having waited four months for the 2020 MotoGP season to start, the action continues at a frantic pace with the second round of the Jerez double-header, the Andalusian Grand Prix.

In a drastically reshuffled campaign, Jerez will host the first-ever Andalusian GP, which acts as the second part of the back to back races at Jerez following a dramatic Spanish GP last weekend.

Reigning MotoGP world champion Marc Marquez will be out of action after suffering a broken arm in a heavy crash during last Sunday’s race, with Repsol Honda opting not to field a replacement rider for the second round.

With the participations of both Cal Crutchlow and Alex Rins also in doubt due to their respective injuries picked up during the Spanish GP weekend, it hands a golden opportunity to the rest of the MotoGP field albeit in unfortunate circumstances.

Fabio Quartararo, who secured his maiden MotoGP win on Sunday, will be aiming for a Jerez double for Petronas SRT but will face strong competition from the likes of fellow Yamaha rider Maverick Vinales and Ducati’s Andrea Dovizioso after they completed the podium in the opener.

There are also opportunities for the rest of the MotoGP grid to target, including Pramac Ducati’s Jack Miller and Petronas SRT’s Franco Morbidelli, who both narrowly missed out on the rostrum in the opener despite being in contention throughout the race, while Valentino Rossi will be hoping to bounce back after a mechanical issue ended his race early.

The 2020 MotoGP race calendar is sticking in Europe with its confirmed dates and after the Andalucía GP the paddock heads to Brno, the Red Bull Ring (double-header), Misano (double-header), Catalunya, Le Mans, Aragon (double-header) and Valencia (double-header). The Argentina, Thailand and Malaysia rounds remain unconfirmed for 2020 amid the COVID-19 situation. 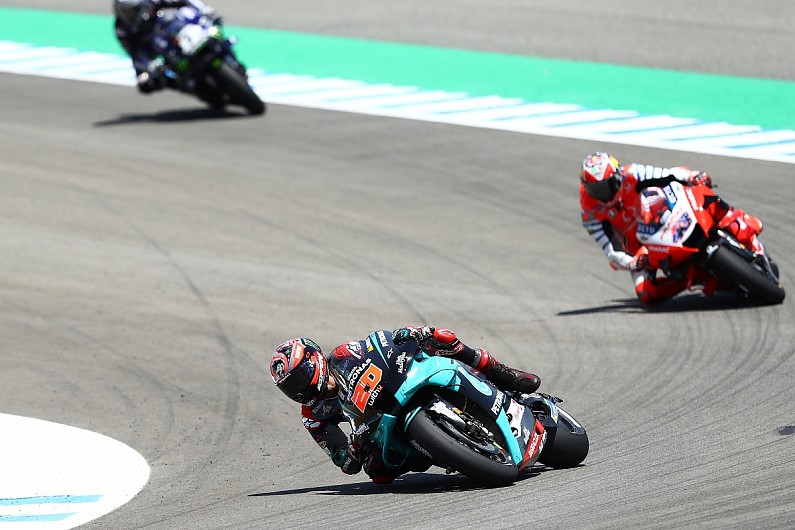 What is the Andalusian Grand Prix?

With the same race name not allowed to be used twice during one MotoGP season, organisers have opted for new race titles to differentiate the two events at this season’s double-headers.

After the traditional Spanish GP acted as the MotoGP opener, the Andalusian GP hosts round two – named after the region Jerez is based in.

The same naming process will be used for the double-headers at the Red Bull Ring, Misano and Aragon, while the Valencia double-header will use the European GP title for its first event.

Q1 of qualifying features all riders who did not finish in the top 10 of the combined practice times take part with the top two finishers progressing into Q2 alongside the 10 who gained an automatic spot via their practice times.

Q2 is the pole position shootout that decides the order of the front four rows, with the rest of the grid organised on Q1 times, for the 25-lap Andalusian Grand Prix on Sunday.

Moto2, Moto3 and MotoE are also in action during the Andalusian GP. 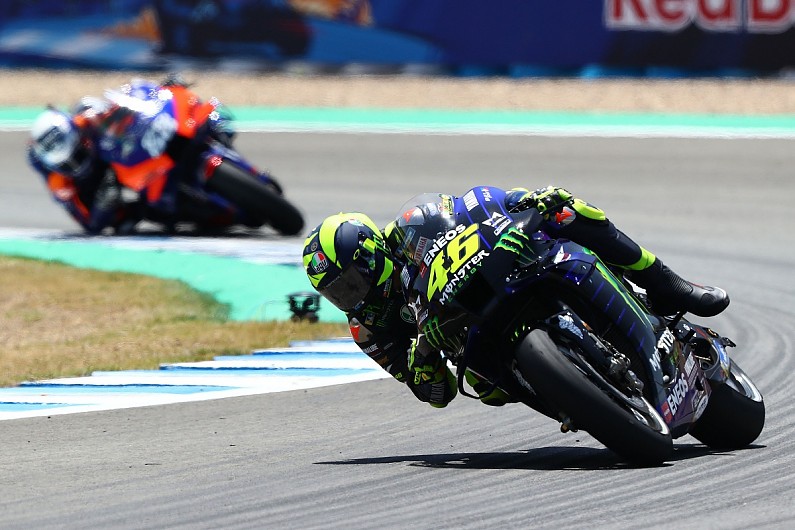 How can I watch the Andalusian MotoGP?

BT Sport’s live coverage of Sunday’s action starts with the warm-up sessions at 07:15am, taking it from the world feed, before switching to its own broadcast at 08:45am for the pre-race show ahead of the MotoE race.

Can I stream the Andalusian MotoGP?

Viewers in the United Kingdom can also stream the Andalusian MotoGP by purchasing a video pass from MotoGP.com. A one-off video pass, which lasts until the first race of the 2021 season, costs £179.87, or it can be paid for in four instalments each costing £44.96.

Quest TV is set to broadcast free-to-air highlights of the 2020 season, usually on a Monday evening after each race weekend, with further details about specific timings and highlight packages set to be confirmed.

Jerez is set to be bathed in sunshine all weekend during the Andalusian GP, with highs of 36 degrees Celsius on race day.

Tue Aug 11 , 2020
In the years before the Taycan’s unveiling, Porsche stated that the all-electric sedan, then called the Mission E, will feature over-the-air updates. Such a function would provide the all-electric Porsche a comparable ownership experience to Tesla’s vehicles, which receive consistent OTA updates every few weeks.  This was mentioned by Porsche […] 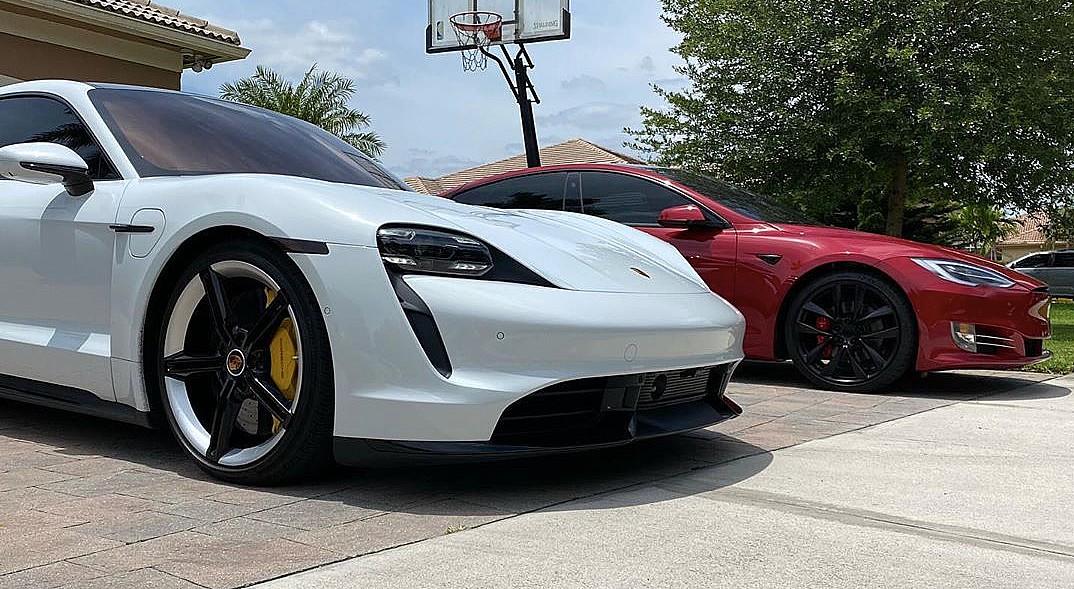